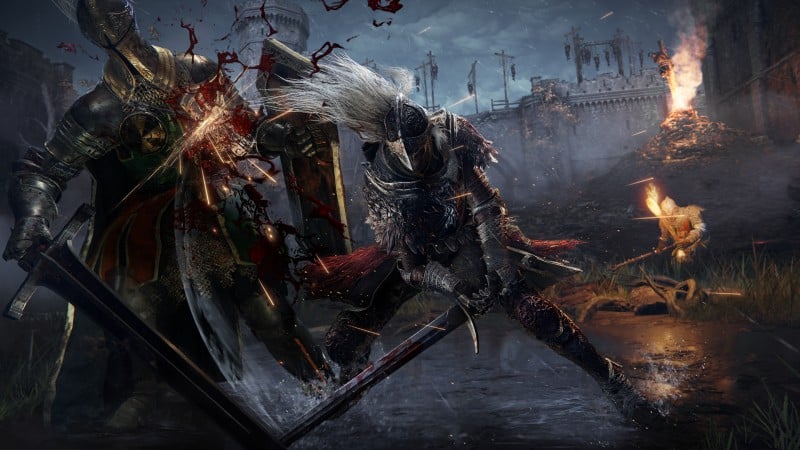 Elden Ring is one of gaming’s most anticipated titles and after years of hype, we finally have a release date: January 2022. Real soon. As in, ‘within six months‘ soon — and the hype around this announcement should be a wake-up call for all developers.

So often, games will be announced with a nebulous release date. We’ll get a flashy trailer, some gorgeous cinematics and a hype reel for the game. But we rarely ever get a firm release date on the first showing. In many cases, as with Elden Ring, companies will announce a game and let hype brew and ferment in the gaps between announcements.

In that space, it’s easy to grow bitter.

For Elden Ring, the lack of news between 2019 and 2021 meant fans slowly turned. It was called “disrespectful”. Fans were “exhausted” over “crumbs” of hype. Writer G.R.R. Martin was blamed for the delay and the anger only continued as the hype cycle for the game mounted in 2020. This wasn’t FromSoftware’s fault — it was that the game announcement for Elden Ring was misperceived by impatient fans.

But then Elden Ring came crashing back with a release date that was surprisingly soon. During those last two years, as fans became louder and more outraged, the team at FromSoftware was hard at work. There was no “stringing along”, no slow trickle of news to keep fans on tenterhooks. Just a team getting the game done.

After years of complaints, accusations of Martin-led delays and FromSoftware milking hype, the company simply surprise-dropped the release date announcement and revealed a massive chunk of gameplay for fans to dive in with. It effectively cut off the complaints of empty hype and came off as a massive flex at naysayers.

Announcing a release date that’s only six months away is a boss move. It’s the equivalent of saying, “Oh? That game you said wasn’t coming out any time soon? Yeah, it’s soon, buddy — and you’d better believe it.”

While there is still potential for a delay, and it would be fair enough to assume it will, a precise date means FromSoftware is likely confident there’ll be no major issues.

It’s a strategy that far outweighs the current, truncated hype of games like The Elder Scrolls 6, which still feels so far away there’s no point in getting excited. Fans love things that feel tangible. A nebulous release years into the future will rarely get people hyped — and much like announcements for future announcements, they’re pretty useless.

In the case of The Elder Scrolls 6, we know it’s coming. Bethesda announced it in 2018. Briefly, there was hype for the game. But years after the first trailer, it still feels like a concept more than a real game. It means by the time an actual release date is announced (and don’t expect it until at least 2022 or 2023), fans are tired and jaded by the lack of perceived progress.

A two year cycle for a game announcement to final release is tiring, but standard. What Elden Ring has done better than most is to keep teases to a minimum until the game was ready for a proper, internet-shattering announcement. In one hit, we got tangible gameplay, answers to every major question about the title and a firm release date six months away.

With a tangible date in site, hype can build in a more organic, fun way. We can cross off calendars, book that week-long leave. Staying quiet and working steadily on the title before releasing a massive burst of info and a polished trailer was the right way to go; In an instant, Elden Ring transformed even the most bitter fan into a believer.

After two years of watching and waiting, Elden Ring is nearly here — and you won’t have to wait long to play it.