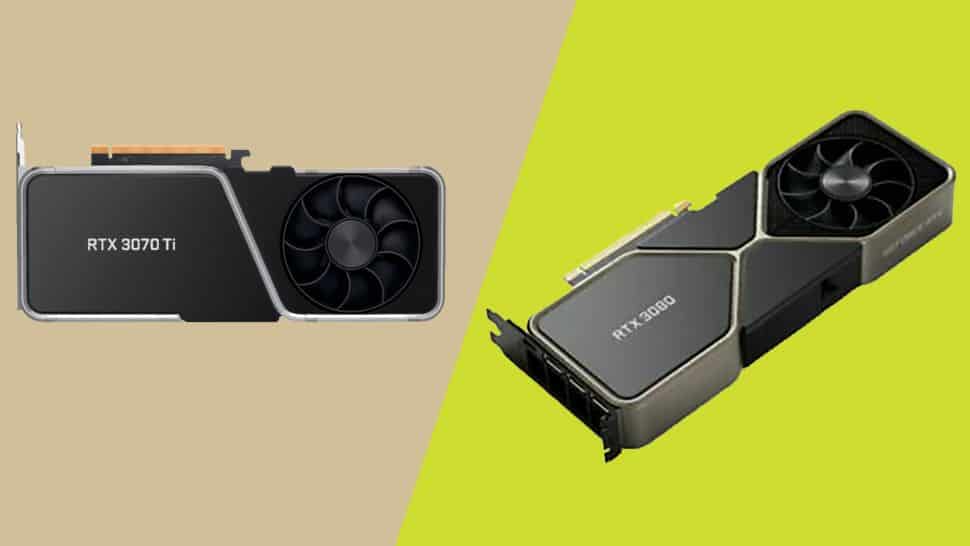 All of this, of course, assumes that everything in the graphics card market stabilizes, stock for both the RTX 3070 Ti and RTX 3080 becomes widely available, and the prices of both subsequently comes down. Until then, most of us are probably just looking for whatever graphics card we can get our hands on without paying the incredibly high markups charged by eBay and StockX profiteers.

So, let’s dig into the RTX 3070 Ti vs the RTX 3080 and see how the two cards stack up in terms of price and performance to find out which is the best graphics card to buy for your budget.

Assuming you can get any of these cards at these prices, the RTX 3070 Ti is definitely less expensive and even with the inflated prices for graphics cards right now, it’s still likely to be cheaper than a comparable RTX 3080 wherever you find it.

Between the two cards, the RTX 3080 has 2,560 more CUDA (Compute Unified Device Architecture) cores than the RTX 3070 Ti. This is easily the biggest advantage of the RTX 3080, since CUDA cores are what do all the graphics processing.

CUDA cores break down the various tasks required to render a frame, like lighting, geometry, etc., and works on these tasks in parallel, stitching it all together in the end to draw a frame onto the video output for the card. The more CUDA cores the card has, the faster it can churn out frames which in turn gives a better frames per second while gaming or doing other, similar graphics intensive tasks.

What’s more, the RTX 3080 has an additional 2GB GDDR6X VRAM, which means it can load more textures, models, or other data needed to process graphics directly into memory, which in turn gives all those CUDA cores what they need to work with quicker.

Where the RTX 3070 Ti does have a bit of an advantage is that it’s clock speeds are slightly higher, but it simply isn’t fast enough to come close to competing with the extra 2,560 CUDA cores on the RTX 3080. The RTX 3080 just zergs the hell out of whatever you throw at it, so clock speed isn’t nearly as much of a factor here.

Obviously, the RTX 3070 Ti gets you closer on paper to the RTX 3080 in terms of performance, but we’re not talking about a huge bump in performance here. Most gamers likely won’t notice the difference at 1440p – or even at 1080p on ultra settings with ray tracing turned on.

The RTX 3070 is a good bit cheaper than the RTX 3080, so the lower performance of the RTX 3070 isn’t as much of a loss when you consider what you save on price. That just isn’t the case with the RTX 3070 Ti. The performance is slightly better, but it’s also much more expensive, so you’re not getting enough of a performance boost to justify the price you’re paying over the RTX 3070.

If you’re willing to spend the extra $100 / £60 / $170 for an RTX 3070 Ti over what you’d pay for the RTX 3070, you might as well double that and go with a graphics card that where you will absolutely see a performance increase that justifies the price increase. It’s the difference between getting great 1440p gaming and great 4K gaming.

The only way we’d recommend against going for the RTX 3080 is if you really are on a very strict budget and $599 / £529 / AU$979 is the absolute max you’re willing to pay for a new graphics card. If that is the case, we’d recommend just going with the RTX 3070 and use that extra money saved for a night out with friends or to upgrade an older gaming peripheral. Bottom line, the RTX 3070 Ti just doesn’t make much sense at this price.