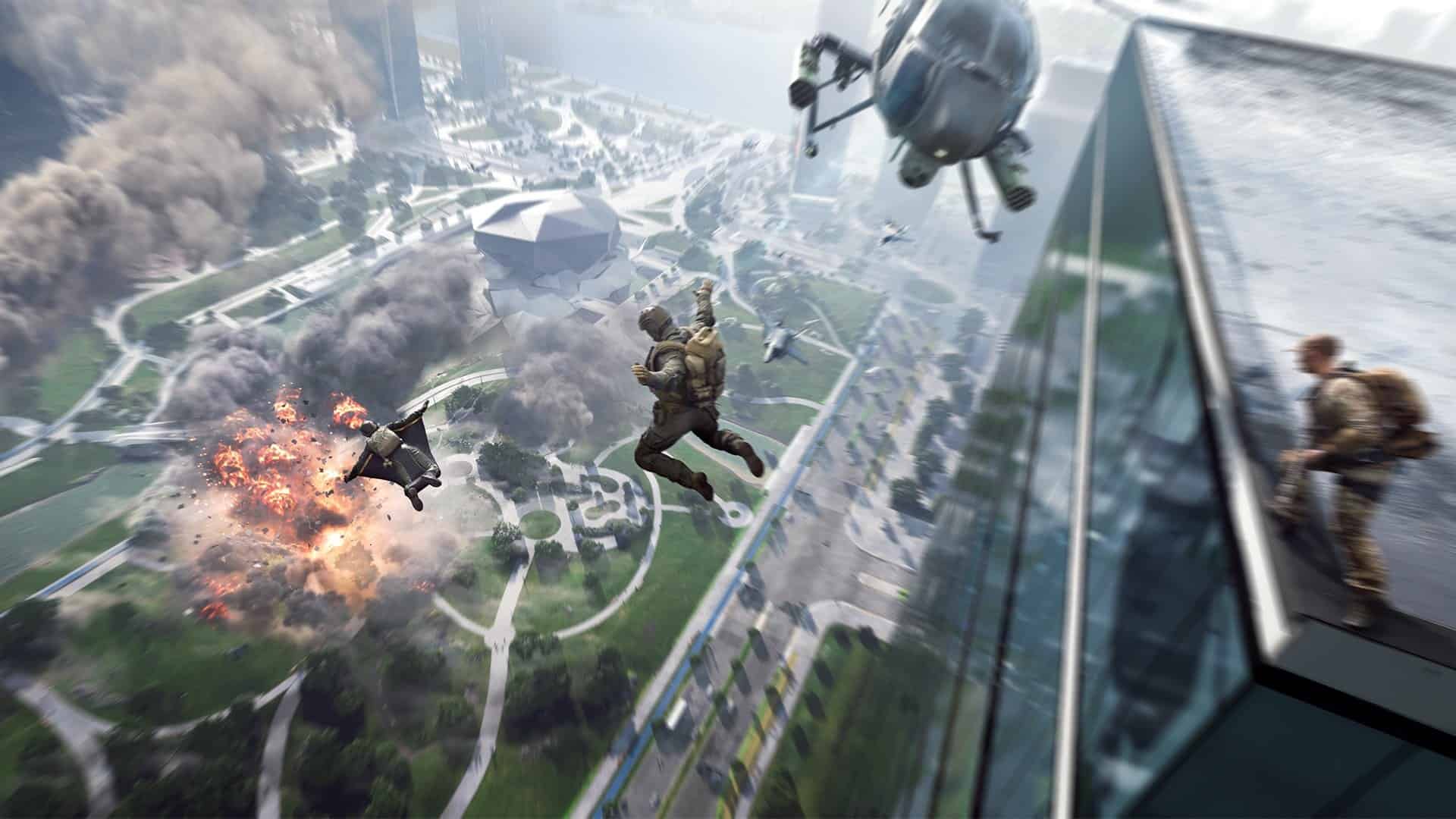 The preview footage of Battlefield 2042 earlier at E3 showcased the speed and colour of EA’s upcoming shooter, but one of its biggest changes — the hero-like powers — remained unexplored. In a new blog post Wednesday morning, EA rectified that somewhat, lifting the lid on the abilities of four of BF2042‘s “specialists”.

While Battlefield 2042 will let players customise their loadouts completely — you could be the stereotypical medic while having a sniper rifle, for instance — players will still have to pick from 1 of 10 “specialists”. Each of these has a major ability and a passive, not unlike the identically-named specialists from the Black Ops series.

DICE did stress, however, that players would have full choice over precisely what each specialist took into battle. “Class type will no longer restrict what weapons, equipment or throwable you can equip, offering you more flexibility than ever before in the series when it comes to Loadouts. You can also save these custom Loadouts, and select them for any Specialist you’d like to play with,” the developers wrote.

Some specialists will be more suited to certain roles than others, and it’s clear that the goal at launch is to cover the most obvious bases while offering room for characters to play more hybrid roles. Take Pyotr “Boris” Guskovsky, for example, who comes equipped with a SG-36 sentry gun. His Sentry Operator trait improves the gun’s efficiency as long as he’s nearby, with any enemies targeted by the gun becoming instantly spotted. (The precise wording on the EA page says “spotted for Pyotr [Boris]”, meaning sentry guns probably won’t automatically spot enemies for your entire team — that would probably be a bit broken.)

Next up is Falck, aka. The Very Obvious Medic.

Falck’s combat surgeon ability allows her to instantly revive fallen allies back to full health; rather than half health or something else. Her Syrette Pistol can also revive or heal allies at range, but you can do damage with it in a pinch.

This is where the customisation comes in: you can configure another specialist to carry revival items, for instance. You just won’t be able to do so at range, and revives won’t be as efficient. But by that stage it begs the question of what you want to accomplish. Do you really need to heal on the battlefield that fast; is the difference between winning or losing a few seconds on the revive, or something else that breaks through enemy lines more quickly so that you’re not having to rely on reviving so much?

Casper and Mackay are the white bread in the Battlefield 2042 foursome revealed this morning. Mackay comes equipped with the grappling hook seen in the trailer, although it’s worth adding that some maps will have things like ziplines, so other specialists will be still able to move from one highground to another.

Mackay’s passive removes the movement penalty when aiming down sights or ziplining. Casper’s passive is what you’d expect from a BF2042 sniper: they’ll be alerted to enemy movement, whether their drone is deployed or not. The drone’s especially powerful too, being able to designate lock-on targets, trigger EMP blasts, and spotting enemies.

DICE also revealed some other small details, the most important being that, yes, everyone can equip the robot dog. Vehicles won’t be activated from the spawn screen anymore, but either summoned in-game or found while roaming the map. Helicopters will also be making a return, but DICE didn’t specify how many or any other special features.

But perhaps the biggest structural change — and one seen in other WW2-style multiplayer shooters over the last few years — is the addition of sectors. Sectors are basically segments of a map with capture points within them. Once a team has captured all of the control points within a sector, that sector flips, locking the other team out from spawning in that part of the map until recaptured.

Sectors have been a thing for years in games like Hell Let Loose, and they’re a perfect addition to add an extra bit of strategic impetus to wide-scale firefights. As player counts ramp up, it can be difficult to get everyone to focus on just one or two objectives to move forward. Sectors are a pretty neat way of doing that.

For now, that’s all from Battlefield. We’ll find out more about the game next month when EA holds their annual EA Play conference, which airs early July 23 Australian time. Battlefield 2042‘s third mode will also be announced then, and it’s liable we’ll get more information about upcoming closed alpha and beta tests, too.