1997 Was Probably The Best Year For Video Games 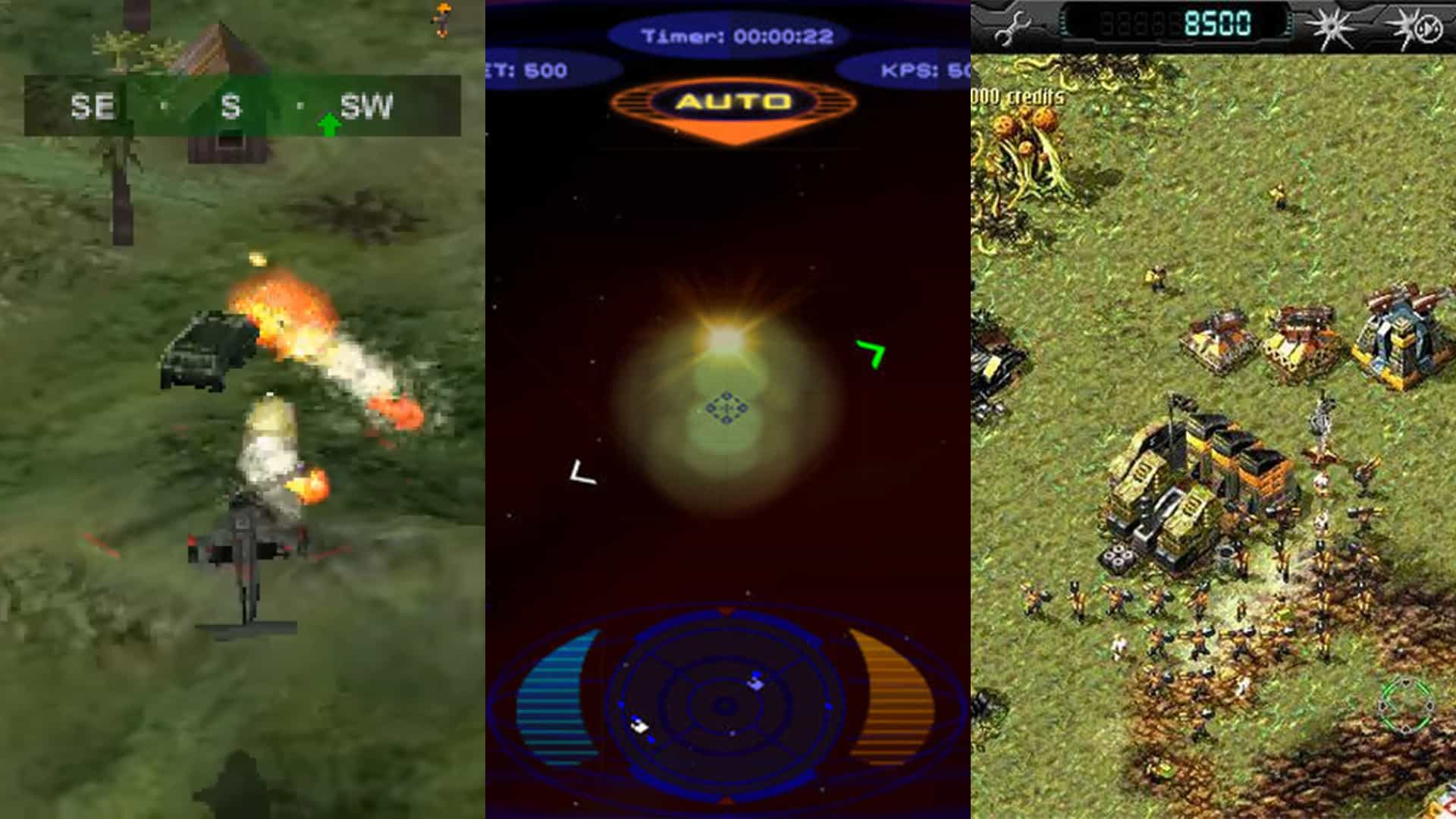 Whenever people look back at the games of old, the “golden age” often gets mentioned. But you can arguably distill the golden age down to a single year: 1997.

’97 was a classic for plenty of reasons: Rockstar Games came into fruition, franchises like Pokemon came to the West for the first time, and gaming classics like Metal Gear Solid and Spyro the Dragon made their way into the gaming consciousness.

This story has been updated since its original publication, with even more games added. Seriously, 1997 was loaded.

But if we had to pick a single year, a year that stood head and shoulders above the rest, it would be 1997.

1997 is the year that Australians were graced with the Nintendo 64. It’s the year that some legendary studios came into being, like Irrational Games (who would go on to release System Shock 2 shortly thereafter). It’s also the year with some true classics.

Remember when Bungie made strategy games? Remember when they were also really goddamn good? No? Then you seriously need to go back and play Myth: The Fallen Lords. It’s a great game for Total War fans, since there’s a lot of arranging formations, army positioning, picking your battles and fighting missions while being as efficient as possible. Great campaign, great levels, and a great battle system for the time.

Minus the part when your Dwarf doesn’t do what they’re supposed to. Really, Bungie should get a small team to remaster this game.

I don’t care if Luke hated X-WING vs TIE Fighter. My brother and I loved the hell out of this. Just having multiplayer action in enormous battles, even though it was basically Quake 3 in space, was fun as hell. There was also a really neat mix of craft and customisable outfits, which was rad.

It was wild going from the old MicroProse flight sims to something as slick and fluid as Ace Combat. And can we just say: For a PS1 game, Ace Combat was one hell of a good looking game.

This wasn’t the good Shane Warne Cricket from 1999, which I still can’t find a copy of that will run on Windows 10. (Please email me if you can help out.) And it wasn’t the best cricket game that year, with EA having released the 3D Cricket 97 and subsequent Ashes Tour Edition a year later.

But, goddamnit, it was Shane Warne Cricket. That alone was worth the price of entry, especially if you were playing on the Mega Drive (which didn’t have Cricket 97 anyway.)

Remember when EA used to release a ton of great action games where you just repeatedly blew shit up? That was Nuclear Strike, an isometric game that gave you a chopper and the ammunition capacity of Western Europe.

There’s more to the pitch than that, but honestly, do you really need it?

Do you remember that time LucasArts made a first-person shooter? No? Well, that’s understandable — it was far from the best FPS going around at that time. It was super stylised, and a bit behind the times given where games like Quake 2 were going. But if you enjoyed that Western theme, and didn’t mind playing a game with slightly dodgy AI and design that was a few years out of date, Outlaws was fun.

Remember the days when you’d have New Year’s, and then games like Diablo would launch? I wonder what the thinking was behind the timing those days. Either way, Diablo launched in most global territories on January 3. A few countries got it on December 31, but for obvious reasons, most people wouldn’t have grabbed Diablo off the store shelf until January 1997.

It’s so weird today watching back the almost unnatural smoothness of the animations and the volleyball itself. It’s like some of those weird fighters you’d see on the PC in the early to mid ’90s, where it felt like the game was running at two different frame rates.

If you were one of those nerds who really loved Falcon 3.0, F-117A Stealth Fighter, Apache Longbow and more, then you were all over EF2000 back in the day. Super EF2000 was a version that shipped a couple of years later, which came with the Windows version of the game, the latest updates and 3D accelerator support. (That’s the one I remember my brother buying, anyway.)

Completely different tone to Zork Nemesis, but Zork: Grand Inquisitor was still worth it for hours of Erick Avari, best known for his roles in The Mummy, Stargate and Independence Day.

A hex-based wargame is never going to be as popular as a Final Fantasy or GTA. But it’s hard to understate just how much impact Panzer General had on digital wargames in the years since. SSI’s WW2 game was the benchmark for an entire genre.

You could arguably say that Daisenryaku deserves more credit than SSI, since the Japanese wargame on the Genesis served as the basis for the whole Panzer General franchise. But PG2 was a massive hit in its day, selling 100,000 copies in its first week. Most indies would jump at those sales now. Back in ’97, it was a massive success.

No disrespect to the achievements later in the franchise, but GTA 1 is still far and away my favourite. There’s just something about how you were always on edge trying to dodge vehicles in front, with the constant zooming in and out of the camera.

The story of how this got off the ground is sensational, and well worth a re-read.

Still waiting for Nintendo to do the Star Fox series justice since Star Fox 64.

Ahh, the old days of Bullfrog.

The Curse of Monkey Island

The star cast in the FMV alone makes Prophecy worth a playthrough. A disappointment compared to the classic Wing Commander games, although it looked spectacular in the day if you had a 3Dfx card.

Everyone else can have Duke Nukem 3D. For me, Blood was the best use of the Build engine. It was also a fine early effort from Monolith, which has gone on to ship a ton of cracking games since (including the vastly underrated Shogo).

This was such a surprising production. Generations was largely a point-and-click adventure, although there were some RTS segments scattered throughout. Probably the most interesting video game spin-off from the Star Trek franchise in the ’90s.

I can’t go past Theme Park, but this was Bullfrog’s best game for many.

Riven: The Sequel to Myst

Lots of memories with this. A true ordeal back in the day, and not just because of all the disc swapping.

People can enjoy a very faithful remaster of Turok today thanks to Night Dive’s work, but there was nothing quite like this on the 64 or with a 3D accelerator back in the day.

AOE did so many amazing things for its time. (Yes, I know the above GIF is from the recent remaster, but it does have an option to display the game with the original 1997 graphics.)

Castlevania: Symphony of the Night

Still the seminal “how many explosions can my PC take” RTS.

I never got to play KKnD back in the day, and I’ve always regretted it. Thing is: was Dark Reign or KKnD the better Aussie RTS?

More action-oriented take on the mecha genre, for those who wanted more of a shooter-type experience coming from the Mechwarrior games.

The mobile port of this is pretty good.

I think the Mega Drive version was the best, but Christ it was funny to play when it hit the PC and PS1.

Did MDK stand for Murder, Death, Kill? I still don’t really know. Or care, to be honest. MDK was hailed as a technical masterpiece when it launched on PC back in the day, and I remember David Perry’s studio getting plaudits for developing the game in a year.

It was such a weird game.

The intros for this are still so good.

My brother was obsessed with the demo for this. We never found a copy of the full game, though.

I played the demo for this so much.

So I put it to you: 1997 was filled with bangers. Hell, the last five years of the ’90s will probably go unchallenged for the number of hits that came out. Nostalgia plays a large part in that, of course, and game development is a very different beast.

But there were so many memories from 1997. And so many games I really should go back and replay. Like KKnD.