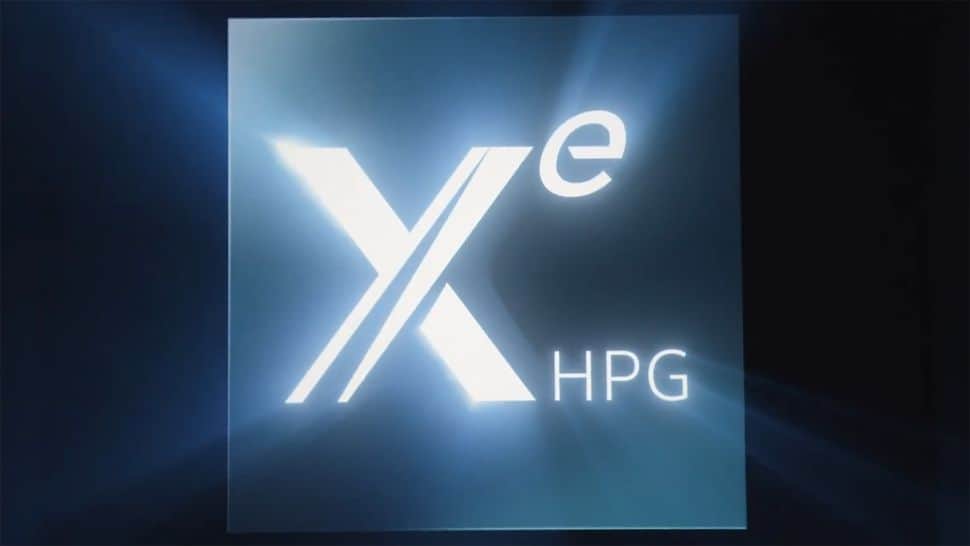 While we appreciate this might not sound as exciting as a new release from AMD or Nvidia, this is huge news for the gaming market, potentially splitting the current duopoly.

In fact, two leaked benchmarks have appeared for variants of the GPU that suggest similar performance to the Nvidia GeForce GTX 1050, though it’s worth noting that three additional SKUs are anticipated, with the flagship 512 EU (execution unit) card rumored to sit somewhere between the GeForce RTX 3070 and RTX 3080 for performance.

While the flagship model is expected to run at clock speeds of up to 2.2GHz, with 16GB of GDDR6 video RAM on board (and a 256-bit memory bus), both of the current leaks are for lower-powered variants, and we’re working under the assumption that the SKUs currently being sampled are of the mobile variety rather than desktop.

Still, this means we could see an Intel discrete graphics card officially revealed in a matter of months, making CES 2022 a suitable window for Intel to show what its new gaming hardware is capable of. What makes all this especially exciting is that DG2 will have (allegedly) better ray tracing support than the current AMD ‘Big Navi’ GPUs, and another rival to Nvidia’s DLSS feature is also being developed, dubbed XeSS.

If Intel can pull this off at an affordable price point, both Nvidia and AMD might have to accept the gaming GPU market is no longer a two-horse race. Ultimately, we will have to wait until more information is released into the wild before getting our hopes up.See more

Peddling back to the leaked benchmarks that have appeared on the scene, one appears to show the integrated graphics capabilities of Intel’s upcoming 12th-generation CPUs, adding some weight to existing rumors that the DG2 graphics would be paid with some Alder Lake products.

This performance certainly won’t be blowing anyone’s mind, but for non-gaming optimized builds, this offers a suitable alternative to buying a dedicated graphics card.

And of course, that isn’t to say it can’t play games – it’s anticipated that you’ll see similar performance to that of the elderly Nvidia GTX 460, so indie titles and even low requirement games like League of Legends or Counter-Strike: Global Offensive will run just fine.See more

The second benchmark to appear for the DG2 is a discreet GPU with 256 execution units and a maximum frequency of 1,400 MHz, achieving similar results to another outdated favorite, the Nvidia GTX 1050 with 18,482 points in OpenCL.

As with all rumors, take all of this with a healthy pinch of salt until we get some more official data from Intel, which shouldn’t be that long of a wait now that partners are sampling prototypes. While both of the SKUs with benchmark leaks might not be as exciting as a rival to products like the GeForce RTX 3080 or the Radeon RX 6800 XT, there are high expectations for the flagship of the DG2 lineup.