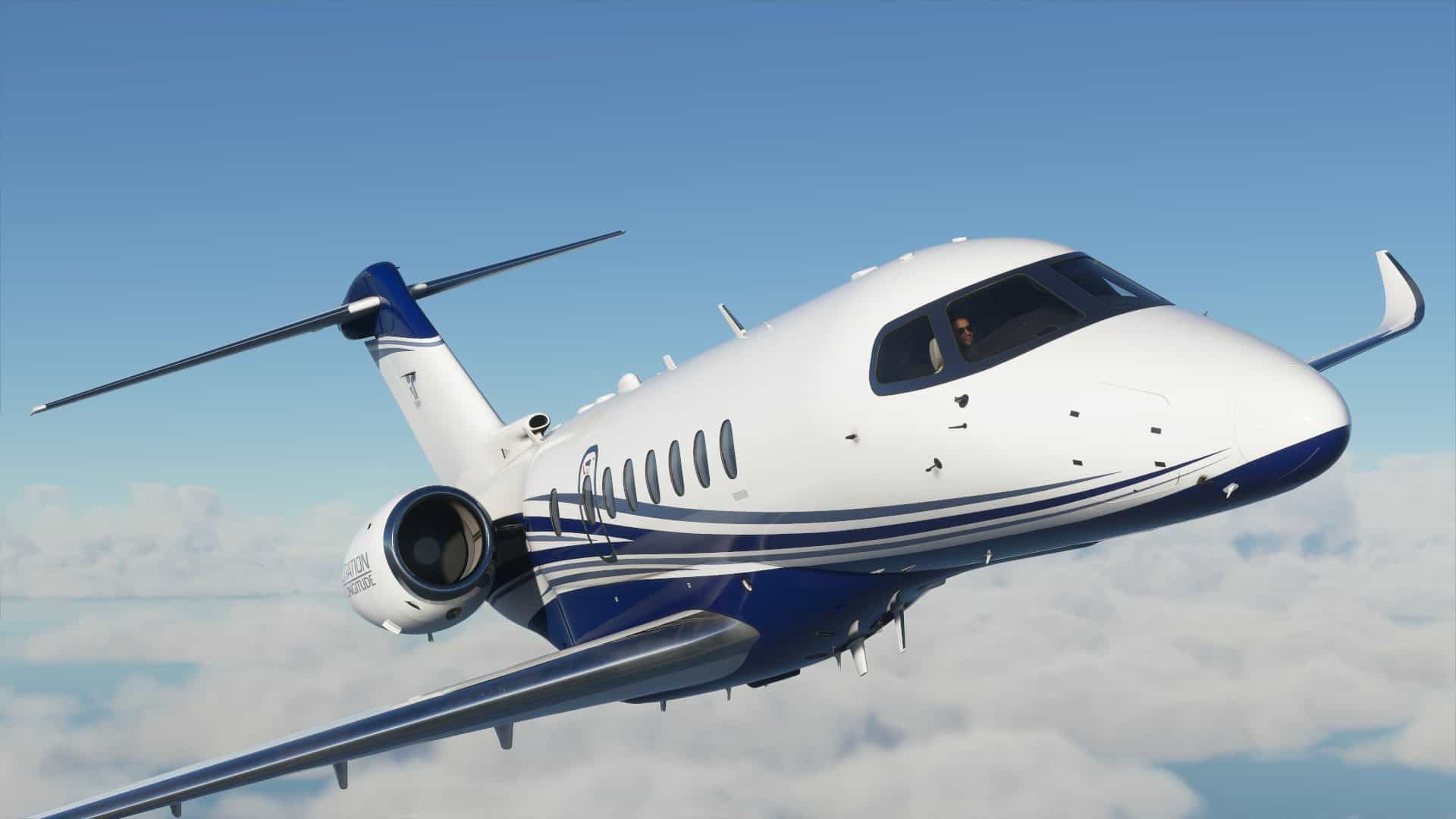 I’ve been flying regional jets and in general aviation for 12 years. But your flying job will always restrict you to the type of flying and destinations that your employer needs, and unless you’re Bezos or Zuck, you can’t own every genre of aeroplane and fly everywhere. With Microsoft Flight Simulator, I got a taste of those other worlds.

One of the first things I did in the sim was fly down 5th Avenue, Death Star trench run-style in a DA20. In the real world, the consequences would have been severe and certain national defence interests would have gotten involved. I would never do this in real life. So for actual pilots, the sim is a massive playzone limited only by the beefiness of the PC and the willingness to ignore established regulations of flight.

Being able to fly wherever the hell I want!

The loading times. Limited aircraft variety. I also have a gripe about the Peter Prince Airport in Pensacola. The trees on the approach end of Runway 18 are way too high, making it almost unusable.

I’m sure I’ve missed out on the fun of discovery in the learning curve, but I already know how to do most things, with a few exceptions on the advanced aircrafts I have not flown. I only ran through the tutorials out of curiosity and for game commands. I prefer to play games as immersively as possible, so I usually turn off all assists and HUD features. And in MFS, I certainly didn’t need assists. I did have to adjust the default sensitivity though.

The controls were too sensitive, especially at slower airspeeds, which I think could be fixed if the physics model accounted more for reduced airflow over control surfaces at slower airspeeds. In real life flying, as you slow down to land, for example, there is less airflow over the wings which makes the control surfaces less effective, which makes the controls feel less responsive and more mushy. It’s there in the sim, definitely when doing “slow flight” manoeuvres, but not enough. It feels a little bit off, but maybe it’s just my settings.

I imagine that doing takeoffs, landings, and pattern work is a lot more intense and rewarding for someone that doesn’t do it all the time IRL. A lot more riveting for me is being able to fly to airports and parts of the world I would likely never get to fly to in real life.

But first, I flew out of La Guardia, NYC. Then I headed to the airport where I first learned how to fly: Peter Prince Airport aka “Milton” (2R4), just outside of Pensacola in the Florida Panhandle.

When it first loaded up, my heart stopped and I got a little teary. It’s not a perfect replica but I was amazed that it had as much correct detail as it did. Taking off in a 172 and going around the pattern was surreal. All the little landmarks and reference points were all there. You turn from crosswind to downwind, look over the dash, and lo and behold there’s the little peninsula in the lake that we flew over for downwind, just like I had seen countless times years ago, with NAS Whiting Field in the distance, underneath patchwork shadows of afternoon scattered cumulus!

I also hit up Yokota-Matsumoto in Japan, went Island hopping the Bahamas, flew by New Jersey, Ecuador, and the middle of nowhere in British Columbia. And I flew to my favourite city, Detroit, where I used to live. I’ve always wanted to fly into Coleman Young Airport. It was hilarious that they gave it a huge O’Hare style control tower compared to the underwhelming little one they’ve actually got over there. But I was very pleased that while flying at night, the Detroit Tigers baseball stadium, in real time, had the lights on. I love the Tigers.

The Gear to Fly

For this experiment, I wanted to see how close of an experience I could get, as compared to actual planes I’ve spent thousands of hours of my life in. I run my games on Acer Triton with Nvidia 1080 graphics card with a 2009 large screen tv as a monitor. I feel that there is no way to really play this game with just a keyboard and a mouse. While the high-end equipment can get pricey, and the set up I used (on loan from Microsoft) retails for roughly $1,200+, I still think some peripherals beyond a keyboard and mouse are necessary. The bare minimum I would recommend is the Logitech Throttle Quadrant and a cheap joystick.

Here’s a quick rundown of my pricier set up:

With the peripherals equipped, compared to other simulation “games,” there is no comparison. Partly because the last simulation games I’ve played before are now ancient (Knights of the Sky on MS-DOS was my first, Red Baron 3D on Windows 97 was my favourite), but also because they were combat flight sims that I played with a simple joystick. Compared to “real” simulators, MFS is superior to anything short of full cockpit replica motion simulators. And I should mention that I have flown “real” FAA approved “flight training devices” of various types in my career, from the full mockup and motion sims the airlines use to unbelievably primitive Windows 98 style instrument trainers. Many of the FTDs that are FAA approved are hilariously primitive and inferior.

A Beautiful, if Unfinished, Map

The map is MFS is a wonderland for flying to America and Europe, but not so much in other parts of the world. It is very detailed (mostly), with lots of eye candy. However, it is a bit lacking in remote areas. I’d really like to see a future update that gave some extra attention to a part of the world with a lot of bush airstrips like New Guinea, Alaska, Bahamas, or the Amazon. I tried flying to a bunch of randomly selected bush airstrips in the middle of nowhere and was disappointed in the quality.

I found a list of all the cities that were given manual detail treatment and they are almost entirely U.S. and European cities. I’m sorry, but there are many magnificent cities around the world that are far more remarkable and beautiful than most of the American cities they included. Taipei doesn’t even have the Taipei 101 mega skyscraper! What’s up with that? That’s like rendering NYC without the Empire State Building! The developers did manually render Des Moines, Iowa though, so there’s that. (They’ve just released a Japan update, so that’s hopeful!)

The water was a bit lacklustre too. It’s mainly just a uniform glassy blue. A shallow bay that is a brownish colour in real life is the same dark blue of the deep ocean. Flying IRL in the Bahamas, there are miles and miles of shining turquoise water. In the game, there’s a little turquoise right on the edge of the islands but that’s it. (However, I did notice some waves along coast lines since the latest update. That has helped some.)

I should also say that while I’m really glad some of the planes are included — such as the DA20, 747, and Cub — overall I’m really disappointed in the selection and expect that they will likely add to it in later updates. My single greatest desire was to fly the plane I’ve been flying the past 10 years: the CRJ 900, an extremely common 76 seater regional jet. I was really looking forward to jumping in my CRJ and firing it up and was actually really sad that no variation of the CRJ was there.

The hardest thing to fuck up in this sim would be flying in bad weather. This is probably the easiest aspect of flying to replicate in a giant AI-powered simulator because you can’t see out the window anyway and should be focused only on the instruments in front of you. This sim did not fuck this up.

The hardest part is changing all your navigation radio frequencies, GPS inputs, OBS, etc., since you have to use the mouse and keyboard instead of just reaching up and twisting a knob. Other than that I would definitely say the mechanics are realistic! If you really want the true experience, order some extra instrument panels to add to your setup. The weather effects do look amazing however. The clouds are beautiful. Columns of rain, fog, and wet windscreen effects are all gorgeous and convincing.

In all, while I have some very specific complaints, I can see how MFS delivers to its target audience: people who can’t fly IRL, people who want to see what it’s like to fly, people who want to practice for IRL flying, and pilots who want to go on missions they can’t do IRL, such as flying to different locales and airports, or certain stunts that would come with IRL consequences.

Personally, I’ve always been obsessed with visiting places on the ground that I frequently fly over, and flying over places I frequently see on the ground. It’s extremely satisfying to piece together both worlds. I don’t feel like I really know a place until I’ve been there on the ground and also have flown over it. While this isn’t a game I’d binge, it is something I would fire up from time to time indefinitely, whenever I have the curiosity or itch to fly somewhere.

It appears there’s still a ways to go before the GPU is ready to ship, though.

Discord funding round values it at an eye-popping $15 billion