Everything You Need To Know About Steam Deck 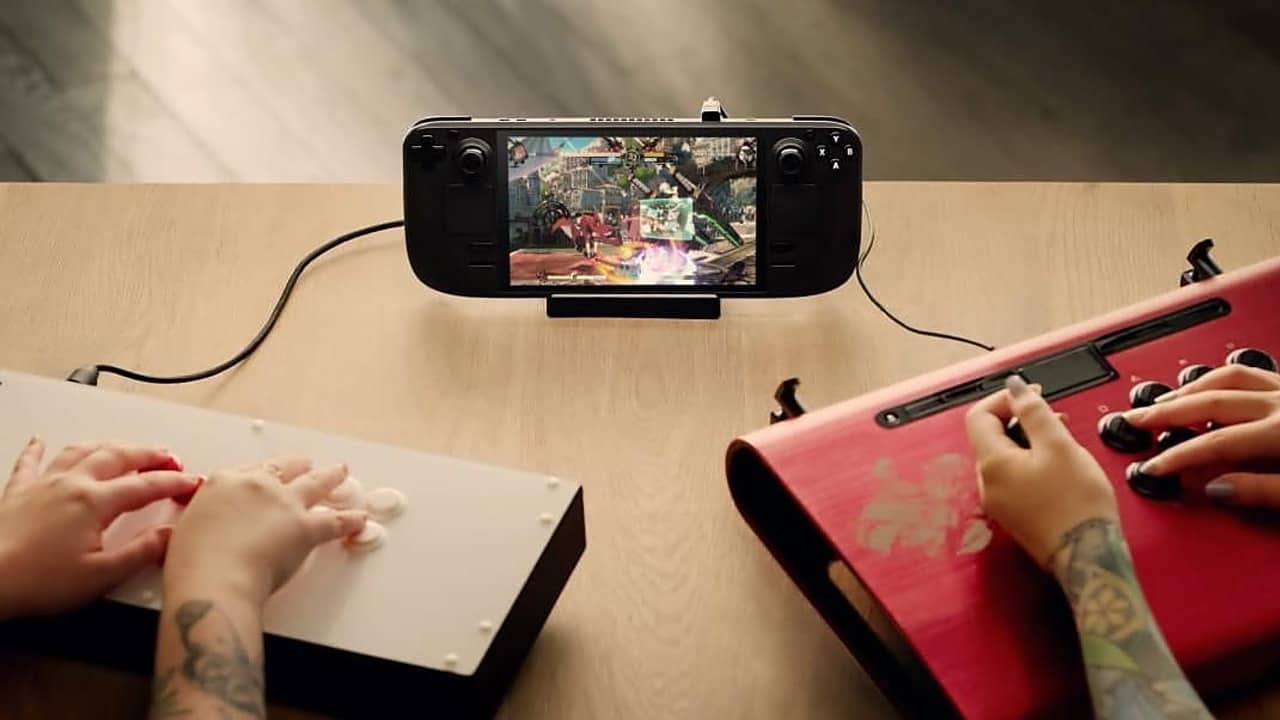 Two hours before preorders opened up for this fall’s Nintendo Switch OLED model, Valve took a break from not announcing Half-Life 3 to unveil a handheld of its own. The Steam Deck, named after Valve’s everyone-uses-it digital games storefront, allows you to play your entire Steam library on a mobile device. Suffice it to say, everyone collectively went, “Wooaaahh.”

It’s a potentially paradigmatic shift for the gaming landscape. For the past half-decade or so, Nintendo has cornered the market for playing console-quality games on the fly, while PC and console manufacturers have catered to the living room. The ability to play those games literally anywhere is, no two ways about it, a big freakin’ deal. Here’s everything we know about the Steam Deck.

First, what are the specs?

As Kotaku’s Mike Fahey and Ethan Gach note, the Steam Deck runs on an iterative version of the technical guts that power the PlayStation 5 and Xbox Series X. Valve partnered with AMD to create a custom chip, running a Zen 2 CPU and a RDNA 2 GPU under the hood. It’ll also boast 16GB of RAM. Externally, there’s a 7-inch screen, though it notably doesn’t output in 4K resolution. Instead, it’ll feature a 1200-by-800 pixel display — aka, an absolutely revolting 16:10 aspect ratio. Valve says the battery life lasts 7 or 8 hours on a full charge. (Compare that to Nintendo’s touted 4.5 to 9 hours for the Switch.)

Is there a dock?

Like the flagship Switch, yes, the Steam Deck will feature a dock that’ll allow you to charge the thing and connect it to an external display. Unlike the Switch, the dock is not packaged with the console — and pricing info remains TBA. (According to Valve, a powered USB-C hub will also do the trick.)

Does it support cloud saves?

You bet. The Steam Deck itself comes with touchpads and thumbstick, plus a typical four-face button set-up — albeit placed in an awkwardly too high position — and shoulder buttons. Best of all, there are built-in gyroscopic controls. What if I prefer the Epic Games Store? Can I play EGS games on this thing?

OK, how much will the Steam Deck cost me?

Steam Deck will be available at three different pricing tiers, ordered by how much internal storage is available on each model. The base tier, which offers 64GB of internal storage, goes for $US400 ($539). The $US530 ($714) middle tier comes with 256GB of storage — on a faster solid state drive (SSD), no less. The most expensive tier costs $US650 ($875) and features a 512GB SSD.

Every model comes with a slot for compatible micro SD cards. So, no, you won’t be limited to storing one tenth of one Call of Duty. It’s unclear how much space will be reserved for the operating system and other system-essential files.

When does the Steam Deck come out and how do I get my hands on one?

Steam Deck is planned for a broad December 2021 launch. Given the current state of buying gaming hardware — thanks a lot, bots and scalpers — yeah, it could be difficult to secure yours. To that end, Valve is initially making the Steam Deck available via a reservation system.

It’ll also cost you five bucks for the preorder. Steam will start rolling out purchase invitations in December, at which point you can complete the transaction. That five bucks you dropped goes toward the total cost. (If you cancel after 30 days of reserving, the fee is returned to your Steam Wallet.)

There are some limitations. Currently, reservations are limited to the United States, the United Kingdom, Canada, and the European Union. The account you use to place the order needs to have made a purchase on Steam prior to June 2021.

These restrictions, along with the $US5 ($7) deposit, could ward off the bots that have plagued other console sales as of late.

Rezies open tomorrow on Steam but it’s not available to Australians at the moment. We’ve contacted Valve for confirmation on when the Steam Deck may be sold to Australians and whether Valve will be distributing it directly, or via retailers (like they’re doing next month for the Valve Index).