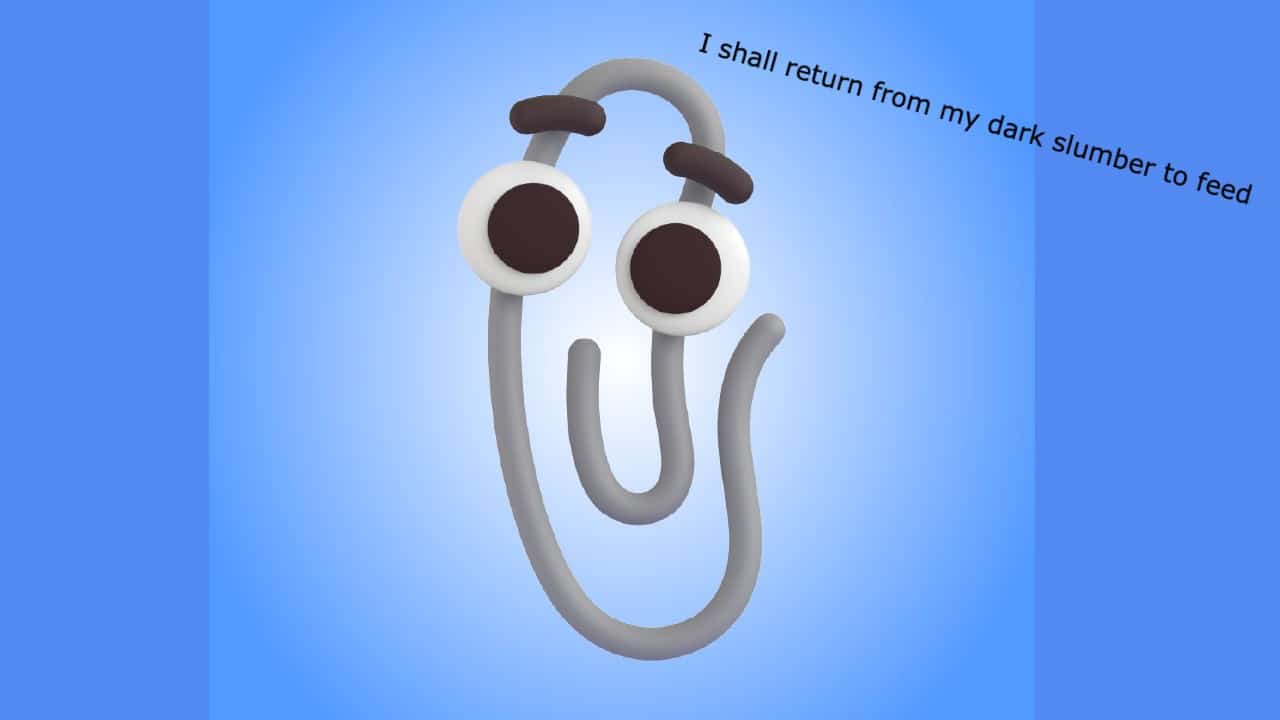 Clippy might be coming back, folks! On Wednesday Microsoft said it would resurrect the iconic character as the paperclip Emoji in Microsoft 365 if a tweet got 20K likes. And it’s already surpassed that.

“If this gets 20k likes, we’ll replace the paperclip emoji in Microsoft 365 with Clippy,” the tweet read.

If this gets 20k likes, we’ll replace the paperclip emoji in Microsoft 365 with Clippy. pic.twitter.com/6T8ziboguC

Clippy was first introduced in Microsoft Office 97. He would pop up to give users helpful/annoying tips on how to better use the various platforms within the suite.

By the time Office XP rolled around in 2001 Clippy was demoted, but wasn’t completely killed off until 2007.

But while it’s been 14 long years since Clippy was murdered, this is not the first time a resurrection was attempted. Back in 2019 a Microsoft Team animated sticker pack featured the assistant… before being promptly removed after just one day.

According to an insider, Clippy didn’t gel with Microsoft’s “brand police” at the time.

“Clippy has been trying to get his job back since 2001, and his brief appearance on GitHub was another attempt,” the source told The Verge.

“While we appreciate the effort, we have no plans to bring Clippy to Teams.”

The good news here is that they were then made available on GitHub.

The question is, will this current attempt to revive Clippy be just as short lived? Is Microsoft toying with the emotions of elder Millennials?

At the moment it’s unclear if Microsoft will actually go through with this. The company has been responding mysteriously to follow up questions on Twitter.