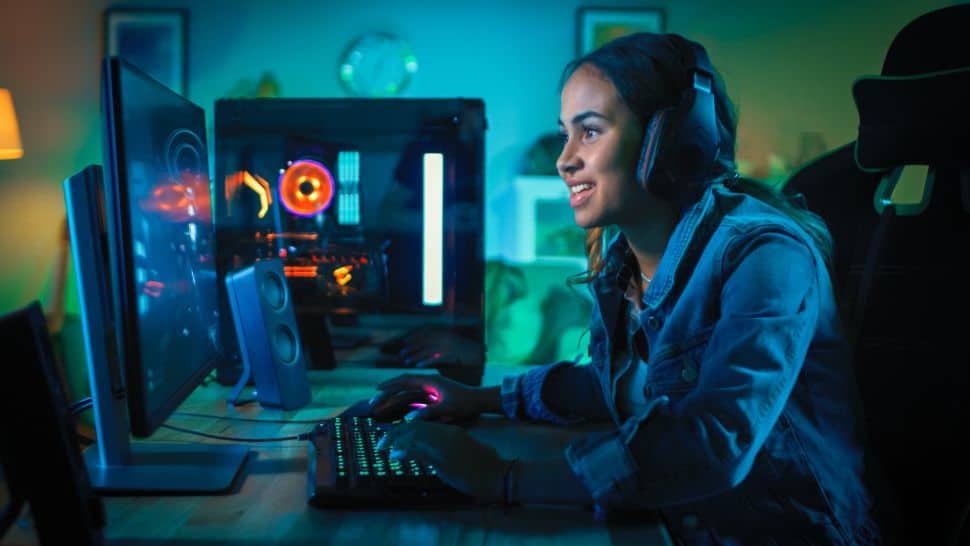 China has tightened its grip on its promise to restrict cryptocurrencies, with Coindesk reporting that Anhui, Gansu, and Henan provinces are following the crackdown in Sichuan and closing down any mining operations they can find in a bid to prevent a power shortage.

With Sichuan already estimated to be China’s most prolific cryptomining province thanks to cheap power costs, it’s estimated that the government ban could erase up to 90% of China’s Bitcoin mining capacity. It’s unclear if this will help in the long term as investors and miners will possibly look to relocate their operations overseas, but these policies should allow for some temporary respite on stock shortages.

You may have heard in recent weeks that China setting these firmer restrictions on cryptocurrencies is a cause for celebration among gamers and PC builders – but what does this actually have to do with PC gaming?

Most of the conflict between groups is because of graphics cards; more accurately new GPUs released by Nvidia and AMD over the last 12 months. Because of a global shortage of silicon chips (caused in itself by manufacturing issues and high demand from almost every area of tech, from computers to cars and smartphones), there were already concerns regarding how much stock would be made available of new GPUs like the GeForce RTX 3080 prior to their release, especially because while they are still an expensive piece of tech, this latest generation of cards are more affordable than the previous-gen hardware.

As a result, the best graphics cards have been snapped up en mass to use in mining rigs for cryptocurrencies such as Bitcoin and Ethereum. The process for using a GPU to ‘mine’ for crypto is somewhat complicated for newcomers and can differ for each cryptocurrency, but we can break down Bitcoin mining in laymen’s terms.

What a Bitcoin miner does is check transactions to make sure that users have not tried to spend the same bitcoin twice by solving cryptographic equations through the use of computers, similar to counterfeit money inspection in the non-digital world.

This process involves validating data using something called the Secure Hash Algorithm (SHA) and adding transaction records to a public record known as a blockchain. Once miners have verified 1MB worth of Bitcoin transactions (also called ‘blocks’) those miners are eligible to be rewarded with a number of bitcoins.

Notice how we said ‘eligible’ and not ‘guaranteed’. Not only do miners need to solve these cryptographic equations, but they also need to be lucky enough to be the first to do so in order to earn any bitcoin as payment. As such, Cryptomining is as much about luck as it is having the hardware available to constantly run the equations.

This is where graphics cards come in. The speed at which the SHA process is completed is measured using Hashes per second (H/s), otherwise known as the ‘Hash Rate’. GPUs are far more efficient in this regard than CPUs or other hardware, and generally speaking, the more powerful the GPU, the faster the Hash rate (though Hash Rate doesn’t actually make the GPU more powerful).

This is why Nvidia implemented a Hash Rate limiter across almost every card in the RTX 3000 series family, after initially introducing it with the GeForce RTX 3060. That card was selected due to its affordability, with an RRP of around $329 (about £240, AU$430). Given cryptominers are looking to make money rather than spend it buying hardware, really expensive GPUs like the GeForce RTX 3090 are less at risk of being snapped up due to them being an expensive investment.

Scalpers saw the competition between miners and gamers for the limited inventory of cards, and started using bots to clear up the available stock and inflate prices, some by almost three times their recommended MSRP for the more in demand products like the GeForce RTX 3080.

In fact, China’s decision to close down mining operations has had further knock-on effects to deter miners from setting up shop elsewhere, with Bitcoin dramatically falling in price as a result of its actions. This makes relocation an unwise investment for many as it’s unclear if the profits made by moving would be better than selling off hardware and prevent the operations from haemorrhaging money.

While Bitcoin isn’t exactly banned in the country, Chinese banks haven’t been able to handle Bitcoin since 2013, and China cited environmental policies, concerns around crypto’s volatile price, and its potential use in illegal money laundering operations as reasons for the crackdown.

The respite we needed

Thanks to a combination of the Hash Rate limiter and China closing down mining operations, gamers and PC enthusiasts might finally see the market start to settle after months of fighting to obtain what little stock was available.

If you’re happy to take a risk and buy a used product then there’s also good news on that front – rather than opting to relocate, some miners have been flooding the market with second-hand GPUs over the last few weeks, with listings for GeForce RTX 3060 card being advertised as low as 1,760 yuan (roughly $270/£195/AU$360).

It’s been said that cryptocurrency prices collapsing would result in both new and used GPU stock becoming more available, and with so many operations closing up shop, the west should start to see the benefits in the coming months. If you’ve had your eye on getting a GeForce RTX 3070 for your rig, now might be the time to start keeping an eye on prices.