AMD vs Intel: which chipmaker does processors better? 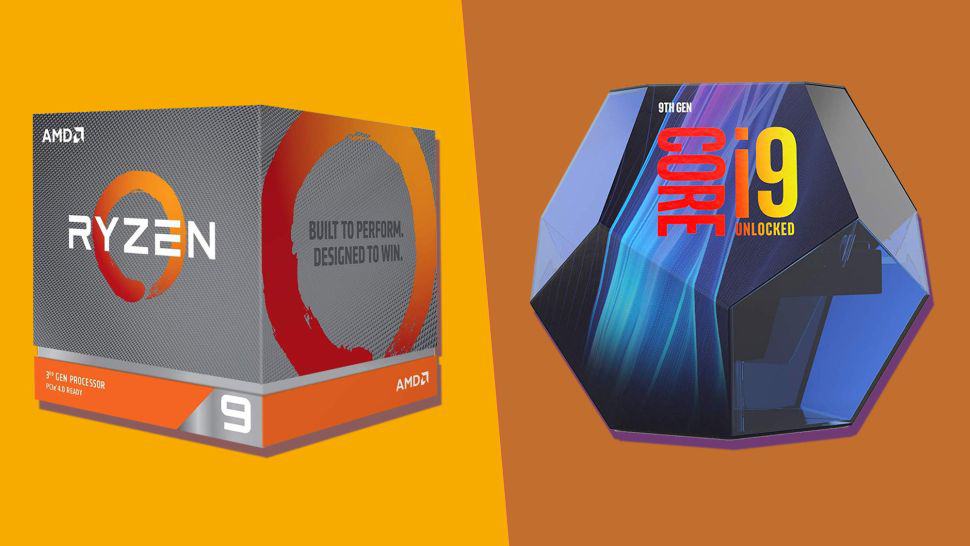 Intel vs AMD is one of the biggest rivalries in the tech world. If you’ve been into PC gaming or content creation in the last few years, you know they’ve been trying to outdo each other in the component realm for a long time. And, the battle continues as each company’s internals are more powerful than ever.

Choosing the best processor or graphics card has never been harder thanks in part to the Intel vs AMD struggle for domination. When one releases a top-notch component, the other manages to match or outdo the first. In addition, the internals roll out fast enough that even PC building veterans don’t have an easy time figuring out what the best PC components are.

To make things more complicated, the two companies don’t mix on a technical level. When you’re shopping, you have to choose one or the other. This decision might be the first and most crucial one when gathering supplies for that upcoming PC build. Thankfully, each brand comes with their own list of flaws and benefits in terms of price points, overclocking abilities, graphics, and component variety. Regardless of what you choose, there’ll be a quality part that will fit your needs.

Let us help you make sense of it all. We can assist you in sorting out how the AMD Ryzen 3rd Generation and more recently the Ryzen 5000 series chips are different from Intel’s latest Tiger Lake and Rocket Lake chips (as well as their 10th-generation counterparts). We’ll also break down each brand’s available components, and look at overall costs, performance and where each brand is headed in the coming years.

In the past, if you were looking for a decent CPU with a budget-friendly price, your go-to choice was AMD. However, with their newest generation of Ryzen CPUs, AMD has been on par or even surpassed Intel components on price. The AMD Ryzen 9 3950X, for instance, is easily the brand’s most expensive unit, retailing for around $750 (£580, AU$1130). However, the sticker shock you feel backs up some impressive technology.

The Ryzen 9 3950X boasts 16 cores and 32 threads, exceeding the previous flagship, the Ryzen 9 3900X. And it doesn’t just have more cores and threads than its predecessor, the Ryzen 9 3950X has more cache memory and faster processing speeds. It also has the ability to store up to four different profiles for different performance and overclocking settings, so no matter if you’re a casual or hardcore gamer or hobbyist artist and animator, you’ll always have the best performance you can get out of your CPU.

On the much cheaper end, AMD just rolled out the AMD Ryzen 3 3300X and AMD Ryzen 3 3100, it’s new budget champions. These cost $120 (about £100, AU$190) and $99 (about £79, AU$150) respectively while delivering truly impressive power, proving once again that AMD is king when it comes to affordability and multi-threaded performances.

If you’re in the market for a really high-end CPU and have super deep pockets, the third generation of AMD Threadripper units is the best choice for professional 3D modeling artists, animators, filmmakers, and data scientists. The Threadripper 3990X retails for a whopping $3,900 (£3,030, AU$5,890), putting it well out of range of casual PC builders and average PC gamers. This CPU is built with 64 cores and 128 threads to give you plenty of power to render 3D models and rip through complex mathematical models to get the most out of your workday.

So you’ve set yourself a budget for a new CPU, but you still have a ton of options when it comes to performance. On the whole, AMD and Intel Processors have been on a pretty even keel when it comes to overall performance. Between the two, it all comes down to whether you need to multitask well or want to play games at their highest settings.

If you’re looking at buying an AMD processor, be advised that very few of their available CPUs feature integrated graphics. Those that do are referred to as an Accelerated Processing Unit. The ultra-low budget AMD Athlon 240GE retails around $80 (£62, AU$120) and features Radeon Vega 3 integrated graphics. This makes it perfect for low- to mid-grade gaming as well as video streaming for high quality graphics rendering at a low price.

Now that AMD has rolled out its budget gaming champions, the AMD Ryzen 3 3300X and AMD Ryzen 3 3100, you’ve got a few more options here. These two might set you back a bit more, but not by much, while offering a much better performance. The Ryzen 3 3300X, for example, delivers performance that until now was only available on mid-range or high-end hardware. Meanwhile, the Ryzen 3 3100 is simply excellent for 1080p gaming.

If you’re into higher-end gaming, however, you’ll have to pair a Ryzen 7 or 9 CPU with a dedicated GPU to take your game to the next level.

For day-to-day work and multitasking, the AMD Ryzen line is also a safe bet, as they offer the most PCIe lanes so you can use more solid-state drives for super-fast computer start up and file recall. Just keep in mind that AMD processors tend to run hotter than their Intel counterparts, so you’ll need to consider either a supplementary fan or liquid cooling system for your new CPU.

With Intel, on the other hand, each chip has on-die integrated Intel HD or Iris graphics, so you can play most mainstream games or stream quality video right out of the box, no matter what CPU you pick. However, like their AMD cousins, if you want to play more graphically demanding games, you’ll need to choose a companion GPU.

But with the newest Coffee and Ice Lake processors, each CPU will beat out AMD Ryzen and Threadripper units on core-by-core performance – though that gap is minimal. The late 2020 introduction of Tiger Lake could see even more integrated graphic rendering ability for a better streaming or gaming experience right out of the box. Intel has also heavily hinted at plans to release their own dedicated Intel Xe GPU in 2020.

We’ve reviewed both the Ryzen 9 3950X and the Intel i9-9900K to give you more insight on each processor’s capabilities, performance, and price. Both processors give you plenty of power, but each has their own pros and cons.

As mentioned before, the Ryzen 9 3950X has 16 cores and 32 threads. This gives you all the power you need and then some to tackle everyday multitasking and general workloads in an office setting. It also has enough juice to give you great frame rates in both full HD and 4K gaming settings so you don’t have to deal with terrible amounts of lag or screen tearing. The entire Ryzen 3000 series are all fairly evenly-matched when it comes to frame rates and multitasking abilities, so it all comes down to how many cores and threads you’ll need.

The Ryzen 9 3950X features dual channel memory support and 64MB of cache. This ensures faster recall of your frequently-used files and programs. With a base clock speed of 3.5 GHz and a Max Boost Clock of 4.7 GHz, you’ll be able to tackle just about any game or work task at blazing speeds.

The Intel i9-9900K has half the number of cores and threads as the Ryzen 9 3950X, but it makes up for some of that with slightly stronger single core performance. The i9-9900K has a base speed of  3.6GHz and a Turbo clock of a whopping 5GHz. It also uses just 95 watts of power compared to the Ryzen 9’s 105 watts – though you are getting around half the total performance.

With Intel’s integrated graphics, you’ll get both full HD and 4K video and graphical support right out of the box. You’ll not only get a great picture for both streaming video and playing the latest games, you’ll also get awesome frame rates as well, preventing lag and screen tearing.

AMD has an entire webpage dedicated to customer and technical support of their CPUs. On this page, you can download the latest drivers for integrated Radeon graphics processors or GPUs. You can also check up on your product’s warranty, download full spec sheets, and ask other AMD users questions on a dedicated forum. If you have a problem with a specific unit, you can use a drop-down menu to select your CPU to be directed to a page of driver download links and a customer support page for more in-depth troubleshooting.

Intel’s official site also has a dedicated page for technical support when you have trouble with your new or existing CPU. You’ll be able to browse a variety of blog posts that answer frequently asked questions, view spec sheets, download drivers, and access the support community forums if your question isn’t answered by the FAQ. Intel also offers live phone or chat support if you need help walking through a solution.

AMD has had a massively successful past few years with their Ryzen and Threadripper lines of CPUs. With twice the number of cores and threads as their counterparts, they’ve given Intel something to worry about and proven their worth as a reliable choice for PC components. Intel, on the other hand, has seen some embarrassing failures such as their lackluster release (or lack thereof) of Cannon Lake. However, they seem to have taken their knocks and learned a few lessons to apply to future releases.

Intel has announced plans for future releases of their Tiger Lake and Comet Lake-S lines of processors for laptops and desktops, respectively. The new CPU line will most likely try to stay abreast of AMD’s Ryzen and Threadripper products. However, it’s unlikely that Intel will be able to top AMD any time soon, as even Intel CFO George Davis has admitted that Team Blue won’t reach parity with AMD’s 7nm manufacturing process until 2021.

Future generations of AMD’s Ryzen processors will most likely continue to give you more cores and threads for faster and more efficient multitasking. Whenever AMD Ryzen 4000 processors for desktop make their way to market – which should be some time this year – the shift to a more efficient 7nm+ manufacturing process should see further boosts to IPC (instructions per clock) performance along with power efficiency. Threadripper’s future seems to stay on track to offer powerful CPU options to industry professionals for 3D modeling and animation or data science work.