The Most Important Windows 95 Games 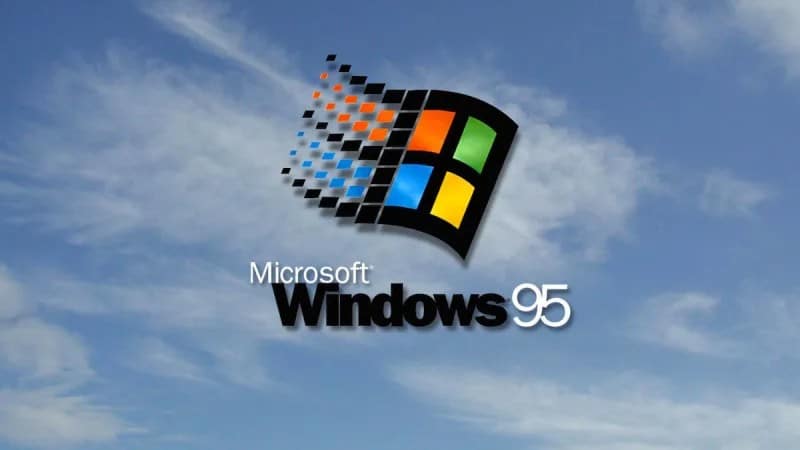 As we look forward to the future of Windows, it’s worth appreciating enormous impact made by one of the OS’s biggest releases: Windows 95.

Games were also an important part of the platform, as Microsoft relied on them heavily to help sell the operating system. So as we prepare to move on from Windows 10 to Windows 11, let’s look back at some of Windows 95’s most important games.

Most people know Fury 3 by its DOS equivalent, Terminal Velocity. Still playable on phones and most systems through GOG today, Terminal Velocity — which was coded by the lead programmer from Microsoft Flight Simulator —  was a classic ’90s action game. Big polygons. Lots of space-age weaponry. Giant levels that you could just roam around and dogfight in. And grand boss fights against sci-fi enemies.

It was a hit back in the day, and the nature of its 3D engine made Terminal Velocity a perfect target for Microsoft. So Microsoft asked the studio to effectively re-release Terminal Velocity — since it shipped earlier in 1995 on DOS only — for Windows.

The developers re-tooled the game for Windows and re-released it as Fury3, with a sequel to follow in 1996. It wasn’t particularly flash or a massive upgrade from Terminal Velocity by any stretch of the imagination. But the higher resolution and sharper textures played well in Microsoft’s marketing, provided you had a PC that could power it all.

Microsoft had a surprisingly strong track record of publishing video games in the ’90s and early ’00s. Monster Truck Madness was one of those, a game that brought a bizarre subculture to life in a satisfying and engaging way.

I mentioned how the marketing was a key element of making Windows 95 stick, and no bigger game played a part in that than Doom 95. Bill Gates famously recorded a video for a developer conference where he walked into DOOM‘s E1M2, talking up Windows 95’s DirectX API, and some of the challenges users and developers had with DOS.

“DOS — it’s been impossible to install a game, hard for the developers, hard for the users, tech support problems, and nowhere near the graphics performance we’re getting today,” Gates said, before blowing away a demon with a shotgun.

DOOM was such a big drawcard at the time that Microsoft knew they had to get DOOM working on Windows 95. DOOM was more popular than Windows 3.1 at that point. Companies had even started introducing policies to stop staffers from playing too much DOOM during work time.

But DOOM didn’t play nicely with Windows. It ended up being the work of a producer called Gabe Newell, who personally ported DOOM to Windows 3.11. As outlined in the video below, Newell even called id software’s John Carmack to let them know that Microsoft would port DOOM and DOOM 2 to Windows 95 for free, sparking a long relationship between the two industry titans.

Diablo was never meant to be the genre-defining dungeon crawler that it was. In a video with Ars Technica, Diablo lead coder David Brevik explained how the original Diablo concept was for a turn-based game, something that honoured the original RPGs and tabletop games that Brevik grew up with.

“For me, it was much more about the loot, it was about getting the awesome vorpal swords … I wanted a game that was more about killing monsters and getting cool loot, rather than having a long story with deep character customisation,” Brevik said.

A key issue the team ran into at the time was that a lot of the publishing executives came from business backgrounds, not gaming, and so their worldview was primarily dominated by statistics. RPGs had lost their lustre, but fortunately Brevik was able to pitch Diablo to Blizzard, which fully understood the industry and where the developers were coming from.

It took a company all-hands meeting to flip Diablo from a turn-based strategy to an action-adventure, which Brevik was overturned on. Brevik had to go back to Blizzard to pitch for extra milestone funding, originally telling Blizzard that they wouldn’t have anything to show Blizzard for a month because of the time it’d take to retool the game.

A playable version of the new Diablo as a real-time action-adventure, the game that would spawn a franchise and become a pillar of Blizzard’s identity as a publisher, was completed in a day.

“When people came in Monday morning, it was working, it was done, it was obvious this was the way to go and we never looked back,” Brevik said.

One of the landmark titles that defined a generation of games, and a genre of its own. The game had earned $US21.1 million in its first year of release. By April 1998 it had sold more than 1.2 million copies worldwide, with estimated worldwide sales of 3 million by 2001.

Civilization 2 was that rare breed of game. It was a “killer app”, the kind of title you upgrade computers — or operating systems — for. Also, how could you not love a game that gave you an Elvis impersonator in a toga as your attitude adviser?

Ignored by a lot of the regular gaming press, Barbie Fashion Designer was a huge commercial hit at the time. It outsold DOOM and Quake upon its release in November 1996, selling over 500,000 copies within two months. As outlined in our report into Barbie as Rapunzel, the success of Barbie Fashion Designer re-educated the industry on the merits of making “games for girls”.

It was the sixth-highest selling PC game of 1996, which was remarkable in that it was sold in the toy aisles instead of the software section of stores like Toys ‘R’ Us, breaking new ground for the video game industry in terms of marketing and its approach.

Phantasmagoria‘s a weird one in that it was never meant to be tied to Windows 95. The game shipped simultaneously on Windows 95 and DOS, but it was meant to launch years before Windows 95 was out. Roberta Williams’ adventure had a much bigger budget than anything Sierra had produced before, and despite being shown off at CES 1994, challenges around the game’s development meant it was pushed back several times.

The United States also didn’t have a ratings system in place when Phantasmagoria released, and the game also didn’t ship with explicit warnings about some of its more graphic scenes. And scandals around the game certainly helped its market appeal: CompUSA, one of America’s biggest discount computer stores, refused to stock the game. Phantasmagoria was banned in Australia by the Office of Film and Literature Classification (OFLC), with no R18+ rating available at the time, and including a one-chapter preview of Phantasmagoria meant the OFLC had to ban the Roberta Williams Anthology in Australia too.

Because of the immense amount of delays around production, particularly around filming, the studio’s inexperience and the difficulties the actors had working in front of blue screens, Phantasmagoria ended up launching the same day as Windows 95. After costing Sierra $US4.5 million — almost $US4 million over its original budget — and an extra $US1.5 million for the new studio Sierra built specifically for the game, Phantsamagoria became Sierra’s first title to sell more than 1 million copies. Unsurprisingly, there’s nothing like scandal and controversy to drum up interest.

Naturally, Microsoft needed games of their own to pump up the excitement of Windows 95. So it made sense that their long running sim franchise, Microsoft Flight Simulator, would get a major overhaul to take advantage of the graphical power of the new OS.

While it was a re-release of Flight Simulator 5.1, which shipped for DOS the year prior, Flight Simulator 95 was a massive deal. The game’s frame rate was a massive improvement, and the game came with improved 3D modelling and aircraft that transformed the look and feel. There were textured runways, more high density 3D buildings, textured skymaps — well, sprites for clouds, anyway.

Age of Empires was hugely successful in its own right, but it’s hard to go past StarCraft here as the RTS that had the most impact on the genre. Putting its impact on esports industry to one side — that wouldn’t come until years later with Brood War — the sci-fi RTS vaulted Blizzard into legendary status.

It was the first time Blizzard’s film department had featured in a video game, producing some of the most memorable, highest quality cinematics that would go on to become a hallmark of Blizzard’s identity. StarCraft also transformed Blizzard’s multiplayer services, too. The Battle.net multiplayer system grew by 800 percent after StarCraft‘s release, supporting 2.1 million users by early 1999. Over 1.5 million copies were sold in 1998, with South Korea eventually buying 4.5 million copies of the game alone by May 2007.