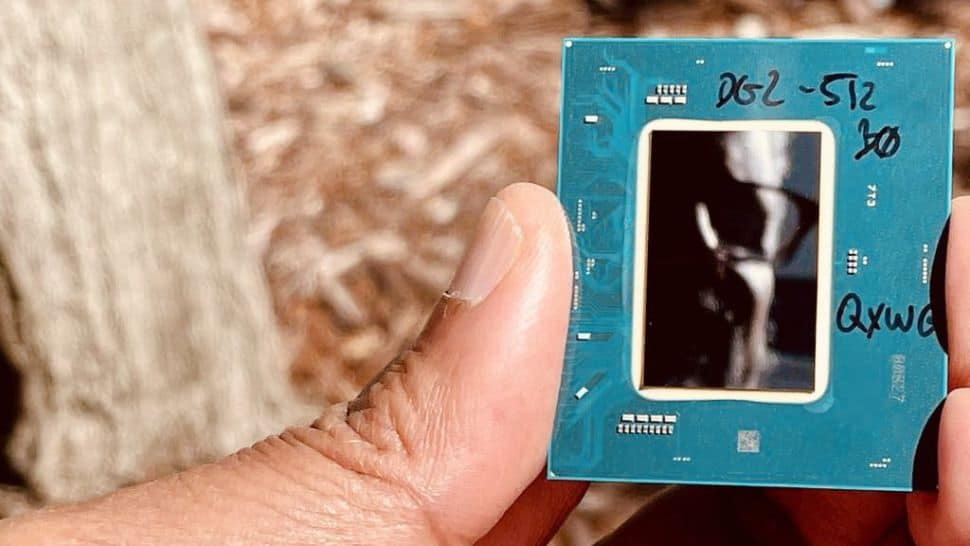 Intel could launch its high-end discrete gaming GPU (known as DG2) at CES 2022, according to the latest rumor.

This info comes from a Chinese leaker via Weibo, so sprinkle some extra caution around with this speculation, which was highlighted by @9550pro on Twitter.See more

Going by the translation of the Weibo post, the claim is that Intel will spring its Xe-HPG (high-performance gaming) card on the world at the next CES according to ‘reliable’ news from an inside source. Seemingly that will be the actual launch, as in cards being available in January 2022, and we might get some sort of reveal previous to that in late 2021.

Intel ON happens at the end of October, and Wccftech theorizes that we could get a glimpse or teaser of the high-end graphics card when that event rolls around.Related Videos

We recently heard that Intel is now sampling the DG2 gaming GPU with partners, so development appears to be progressing nicely, and we were already mulling over the prospect of the card appearing at CES 2022 in previous coverage.

Speculation holds that DG2 could be faster than Nvidia’s RTX 3070, nestling between that card and the RTX 3080 in terms of overall performance.

Intel’s Xe-HPG graphics card looks like it’s coming on well, then, but actually being able to buy the product in January 2022 seems a little optimistic. Also, a reveal at Intel ON in just a few months perhaps seems similarly so, although if it’s only a small teaser, that could of course happen. Remember that we’ve heard the possibility that Alder Lake processors could be unveiled at that event, with hints dropped by Intel itself, in fact, so we wouldn’t imagine that Team Blue will play all its reveal cards at Intel ON.

Intel shouldn’t be rushing to make things happen, anyway, of course. Indeed, the chip giant needs to make sure it absolutely gets DG2 right, because the first impression of this heavyweight gaming graphics card will be vital. And that impression is as much about getting the software right as the hardware, because running with initially flaky drivers will set the tone and prospects for the future – putting folks off if they have a bad experience (or hear about early adopters having a bad experience).

The GPU arena could really use a competitive third player, if only to (hopefully) attack on the pricing front, and curb what seem to be ever-spiralling-upwards asking prices. But if Intel doesn’t get it right out of the gate, being more affordable won’t matter – so we’d rather the chip giant took its time, getting things as good as they can realistically be, even if that means a longer wait than the very start of 2022. After all, AMD and Nvidia’s next-gen cards won’t be appearing until the end of next year, as per the rumor mill.