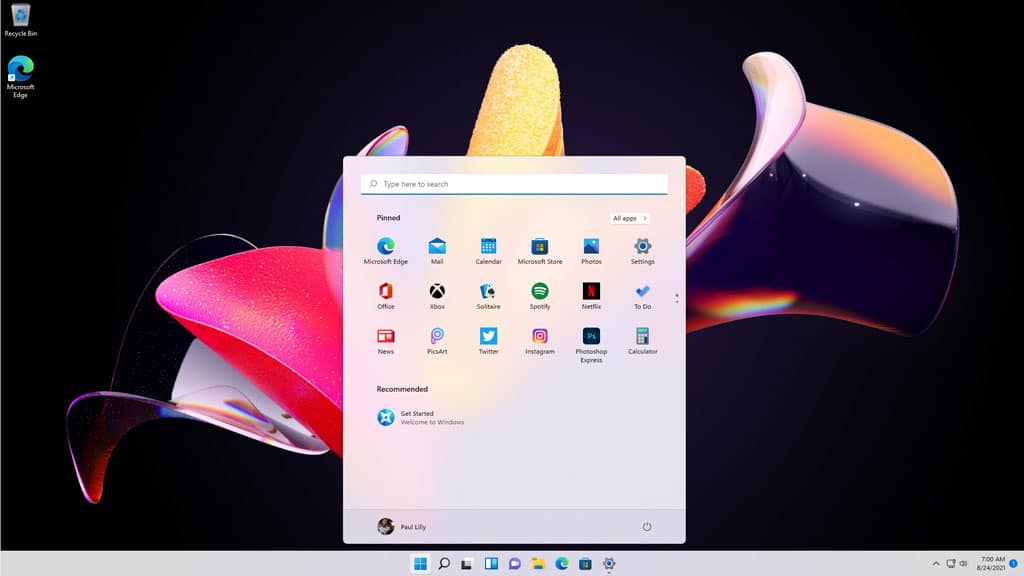 The public roll out of Windows 11 is right around the corner, and if Microsoft is nervous people will shun the upcoming release, it shouldn’t be. Not if taking a new Windows 11 survey to heart, anyway. The survey pinged 11,097 respondents with several questions regarding Windows 11, including whether they plan to upgrade.

Over half of the respondents said they do plan to make the leap. Or as worded by the survey, which was conducted by WindowsReport, 53% indicated, “It looks amazing! Can’t wait to install it.”

A better approach would be to separate thoughts about the design from whether or not respondents have intentions of upgrading, perhaps followed by a question asking when they plan to upgrade (with “never” being an option). As constructed, we have 53% of respondents saying they can’t wait to upgrade, and 13% who say they are sticking with their current OS. What about the other 34%? Your guess is as good as mine.

Still, it’s an encouraging answer for Microsoft, after deciding that Windows 10 would not be the last version of Windows after all. From everything we’ve seen so far, Windows 11 could have been another bi-annual update to Windows 10 instead of a fresh OS, though Microsoft felt the upgrades collectively warranted a brand new version.

The first change people are bound to notice when booting up Windows 11 for the first time is the overhauled Start menu, which has been moved over to the center of the Taskbar. WindowsReport said some view this us a “straight-up downgrade” and is also the reason why some respondents likened the overall design to macOS. However, when asked about their favorite new feature in Windows 11, the centered Start menu (which can actually moved back over to the left) also received the most nods of approval, at 35%. Go figure.

Native support for Android apps also ranked high at 26%, followed by 11% indicating their favorite new feature is GamePass and Auto-HDR. The remaining votes went to the new sound scheme (8%), Snap group layouts and multitasking features (8%), and a catch-all ‘Other’ category for any feature(s) not mentioned (13%).

When asked if they meet the minimum requirements for Windows 11, 44% said their setup has been validated, while another 34% said they are good to go as well but didn’t pass the compatibility test from Microsoft’s PC Health Check app, which the company ended up yanking offline. 13% said they don’t meet the requirements, and 10% have no idea if they do or not.

Much of the confusion rests with the TPM 2.0 requirement that Microsoft is staunchly enforcing in Windows 11. This is perhaps the biggest area Microsoft needs to address—when asked if they plan on upgrading their TPM chip, 42% of the survey’s respondents said they have no clue what that even is. That’s a problem, given that Microsoft has made TPM a point of emphasis.

Only 18% said they already have TPM 2.0 support, even though the actual percentage is probably much higher, while 14% said they’d wait for Microsoft to lower the requirements. Another 14% said they have no idea how to upgrade the TPM chip, 4% said they’ll either upgrade the chip or buy a new motherboard, and 8% fell into that ‘Other’ category.

It will be interesting to see how Microsoft handles the TPM 2.0 requirement going forward. The first time I ran the PC Health Check app, I failed the compatibility test on my main PC, a Rocket Lake system with a Z590 motherboard, because TPM 2.0 was not enabled in the BIOS (on most consumer boards it’s not enabled by default, but that looks like it is changing with the latest updates).

To make matters worse, the setting is not always obvious or necessarily easy to find—Intel calls its baked-in TPM implementation PTT, or Platform Trust Technology, while on AMD systems it’s usually labeled fTPM in the BIOS. It’s a lot for the typical user to wrap their noggins around.

The bottom line is, most modern systems already meet the requirement (Intel and AMD have been baking TPM into their processors for years), and it’s really a matter of enabling the option in the BIOS, rather than upgrading any actual hardware.Advertisement

We’ll find out soon enough. Windows 11 will arrive by the holidays (probably in late October or early November), first on new machines and presumably as clean install option. Then next year, Microsoft will begin pushing it out as an in-place (and free) upgrade to Windows 10 users.