Has Western Digital just unveiled the future of the hard drive? 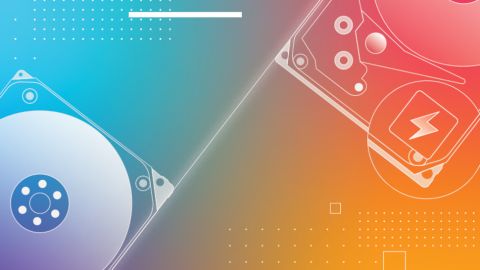 Dubbed OptiNAND, its new architecture integrates an embedded iNAND embedded flash drive on the mainboard of the HDD.

While the company did not specify the amount of NAND onboard its OptiNAND drives, they insist that their arrangement isn’t a hybrid drive.

“We have had an extraordinary journey of HDD innovation. We changed everything with HelioSeal in 2013; were first to ship energy-assisted HDDs in volume in 2019; and now we’re going to lead again with OptiNAND technology,” observed Siva Sivaram, president of Global Technology and Strategy, Western Digital.

WD notes that the OptiNAND drives are designed keeping in view the needs of customers such as enterprises, NAS vendors, video surveillance manufacturers, hyperscale cloud providers, and others with similar large-scale data storage requirements.

The company says that unlike hybrid drives, its new OptiNAND drives do not store any user data in the flash drive, which instead stores metadata, which helps improve the drive’s capacity, performance, and reliability.

The first products featuring the new drive architecture will deliver an impressive 2.2TB per platter, and will be built using its energy-assisted perpendicular magnetic recording (ePMR) technology.

Interestingly, WD has announced that OptiNAND has moved beyond the conceptual stage, and the company has already shipped samples of the nine-disk, 20TB OptiNAND drives to select customers.

Furthermore, the company adds that going forward it would adopt the OptiNAND platform for all 20TB+ HDDs.

“This architecture will underpin our HDD technology roadmap for multiple generations as we expect that an ePMR HDD with OptiNAND will reach 50TB in the second half of the decade,” concludes Sivaram.