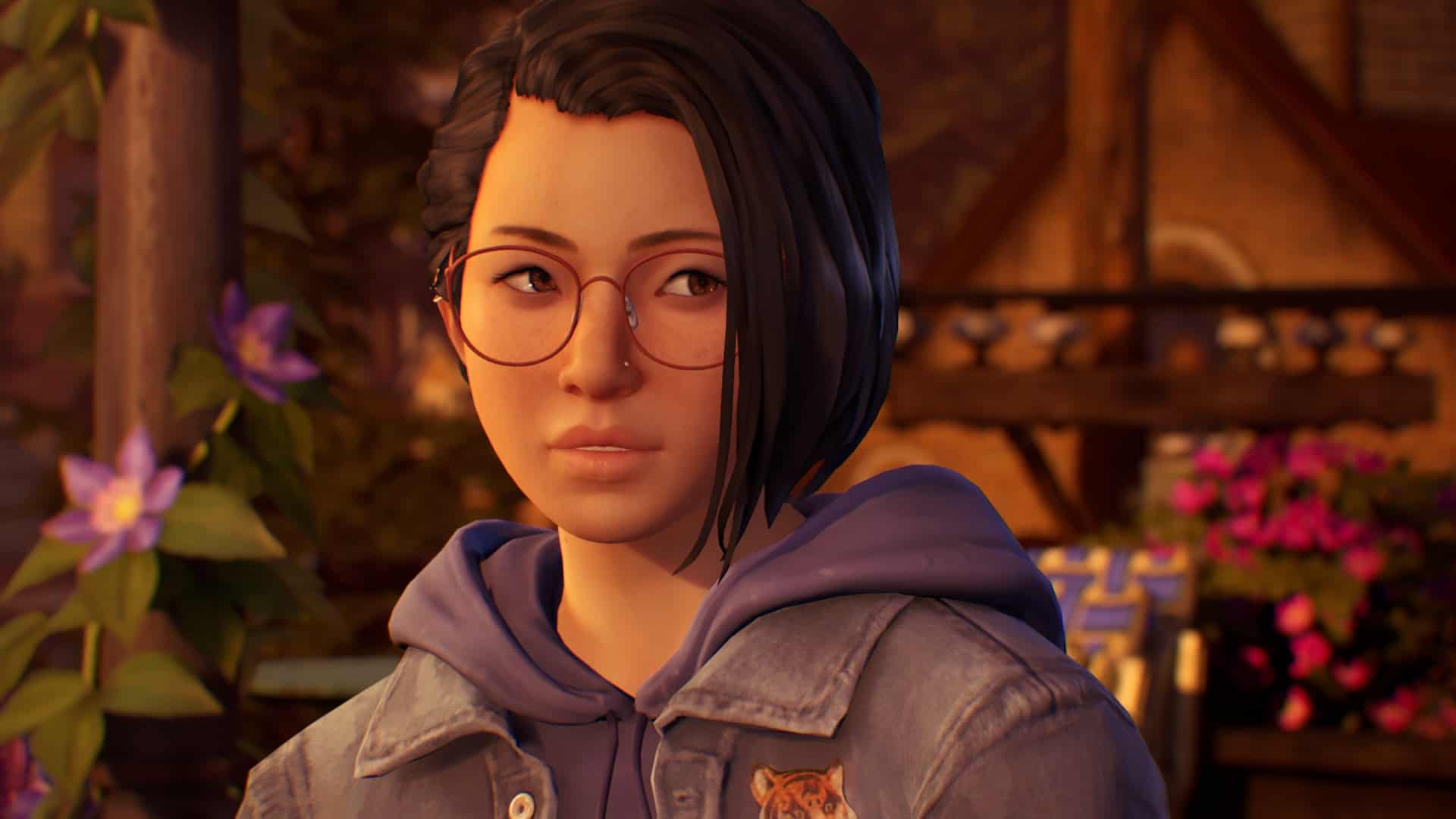 There’s a moment in Life is Strange: True Colors where protagonist Alex angrily throws a glass bottle across a room. It smashes into the opposite wall, leaving hundreds of shards scattered across the floor. Her rage is white-hot but only lasts an instant before it quickly melts away.

It’s an incredibly tense scene, but Alex’s actions are completely understandable. Her brother, the only family she has, is dead and she’s now just discovering his death might not have been an accident. The internal pain is too much and it overwhelms her. True Colours is all about the power of emotions, good and bad, and watching Alex learn to understand and explore her own feelings sits at the heart of True Colors.

I’m used to Life is Strange yanking on my heartstrings, but with Alex it’s different. Life is Strange has always been a series about young adults dealing with trauma, but Alex is the first who, throughout the entire game, is solely focused on processing her emotions and those of others around her. Where the series has previously dabbled in time travel, telekinesis, and mind-reading, Alex’s superpower is that she can feel people’s heightened emotions and even absorb them into her body, relieving them of their anger, sadness, and anxiety if she chooses. If a person is feeling an overwhelming emotion, she can see their glowing, coloured auras and understand what they are going through. She’s basically a human mood ring.

Her empathic powers developed while she was in the foster care system, but thankfully her long-lost brother Gabe manages to get in touch with her and invites her to live with him in Haven Springs, Colorado. Their reunion is unfortunately short-lived as Gabe gets caught in an accident and dies, leaving both Alex and the residents of Haven Springs in despair. But Alex begins to feel like something was off about his death, and so starts investigating the tranquil mining town to find out what really happened, using her powers to see the townsfolk’s true nature.

Life is Strange sure does love quaint American towns, and True Colors’ Haven Springs slots into the series’ tour of the US nicely. It’s pretty as a postcard—the Rocky Mountains acting as a beautiful backdrop to the lakeside town, its single street of shops and its close-knit community. It’s not just picturesque Colorado doing all the work though—True Colors is Life is Strange’s most visually luscious game to date. To put it simply, it’s stunning and I actually wanted to take my time and explore every nook and cranny. The town may only have one main street but it’s dense with details and characters you can interact with. Cutscenes also look incredible, and with some clever lighting and a string of fairy lights, Deck Nine’s art direction is so nice even the dingy local pub looks like a magical tavern from a fantasy game.

Deck Nine has continued Life is Strange’s signature exploration system where you interact with items to get more information about the world. Examining photos, looking at flyers, and reading newspaper clippings is a great way to learn more about the NPCs and the history of the town. But what makes this system refreshing in True Colours is also lets you get to know more about the game’s protagonist.

Before you meet her, Alex has lived an eventful life. Learning about her time in foster care from her diary entries or reading letters from her pen pals helps to flesh out her personality quickly. It’s not often we get to play as a character who has been through the foster care system or someone who has been traumatised by it, and Deck Nine handles her situation with the utmost care. We get to know who Alex is as a person, her history, and her strengths. Life is Strange protagonists usually come in duos like Max and Cloe, Daniel and Shaun, or Tyler and Alyson. In True Colors, Alex is the complete focus, so we’re continually learning more about her life.

Alex’s empathetic superpower is worked into exploration, too. People leave a mark on items they’re connected to, and Alex is able to tap into that and find out more about a particular person—their thoughts, their emotions. Picking up something like a mug could reveal that someone is suffering from work stress, or holding a phone might expose the owner’s anxiety about receiving a particular call.

These supernatural tricks work really well in a story about a young woman learning to understand her emotions, but her power’s logic is inconsistent and a bit wishy-washy. Often, when someone’s feeling an intense emotion, Alex can get overwhelmed by their presence, but there are other times when this rule is entirely forgotten. She has the power to take away what people are feeling by absorbing their emotions, but it doesn’t really affect her own emotional state. It’s not an issue overall, but there are moments in the story where her power feels like a writer’s tool to drive the story, not something Alex needs to understand and learn to control.Advertisement

Life is Strange is known for its choices and the drama that ripples out from it. The dreaded ‘this action will have consequences’ can make your stomach start to do somersaults. I didn’t really get that feeling in True Colors. The important decisions only pay off at the end of the game, which is a long time to wait to see how your choices turned out. It’s something I missed when playing, and although you have your hip, beanie-wearing drummer Steph, and hunky park ranger Ryan as close friends, there are very few choices that affect your interpersonal relationships with people. Alex can, however, decide to date either Steph or Ryan, in a meaningful relationship, both characters being lovely potential partners who understand Alex and her power. It’s great to see Deck Nine continuing Life is Strange’s wonderfully queer representation with Alex being bisexual.

Although True Colors has its pitfalls, I have never had this much fun with a Life is Strange game. Previous games in the series have dealt with some incredibly heavy topics, like convincing a friend not to jump off the roof of a building or experiencing horrendous racism, so even when there are happy moments, they often come across as bitter sweet, a fleeting moment in an unfair world. True Colors has its fair share of drama, but it also has moments of incredible joy. The whole emotional spectrum is present, from white hot anger at her brother’s death to the pure joy of LARPing with a group of friends—Alex experiences all of this deeply, and all within a story that respects her feelings. Advertisement

When Alex throws the glass bottle across the room it’s shocking, but not just because of the act itself, but because women don’t get to do it enough. Women in games, and media more broadly, are continually demonized for expressing themselves like this, often being labeled as hysterical, a ‘crazy bitch’, or too emotional. Unless a woman is screaming a battle cry as they run headfirst into war, a woman’s anger is next to non-existent in games. To see Alex lash out in anger and frustration over her cruel circumstances is both incredible and heartbreaking—an emotional gut-punch.

True Colors is full of these moments. It’s a story that lets a young queer woman unashamedly cry, scream, and experience joy free from shame, and that’s something incredibly special.