New World: 10 tips to get you started 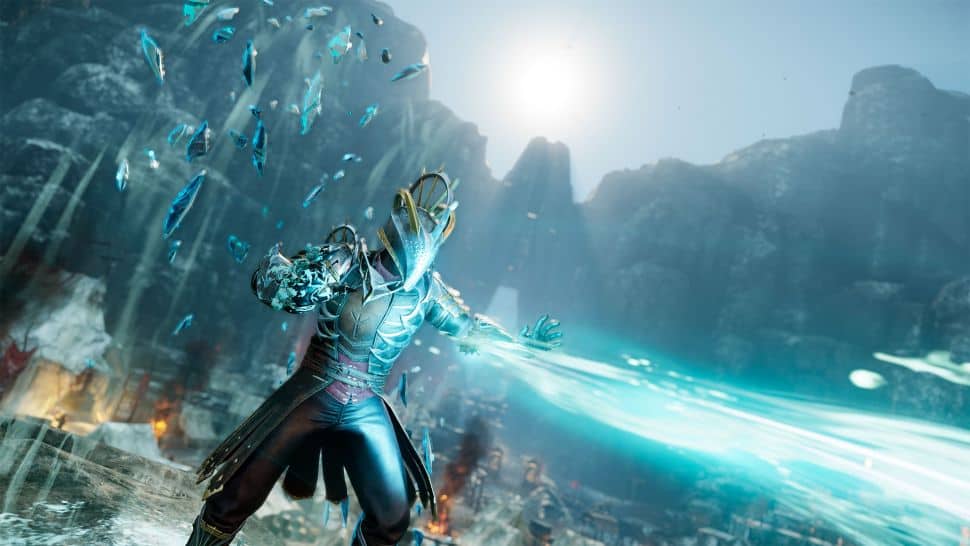 Amazon’s New World MMO is set for release later this month, but if you’re keen to jump in and see what all the fuss is about, the open beta runs from September 9-12—and that’s where this New World guide comes in.

The closed beta back in July saw a peak of over 190,000 concurrent players—and that was only for those that had pre-ordered. It’s a positive sign for launch, at least. This time around, Amazon is using the new Steam Playtest feature for the open beta, and you can request access to it via the New World Steam page.

Four days doesn’t give you a whole lot of time to learn everything the game has to offer, so this guide should help you get started on your journey and help you make the most of your time. Here are 11 New World tips to get the most out of Amazon’s long-awaited MMO.

Make use of both weapon slots

You can find a variety of weapons to choose from early on. There are no set classes in New World, so instead, you should figure out which weapons you want to use and tailor your build around your preferred playstyle. You could choose a sword and a bow, for example, or perhaps a life staff and a hatchet is more to your taste.

Weapon Mastery means you can unlock active abilities and passive skills tied to a particular weapon type. Early on, you’ll probably want to focus on a levelling build, but as you progress through the levels, you should think about which combination of weapons you want to aim for to tackle tougher content.

It’s tempting to slap on the armour with the best stats for better survivability, but the gear you equip contributes to your overall weight. This, in turn, can affect how well you’re able to move and dodge.

Your inventory has a weight limit, too, and carrying too much is going to slow you right down. Make use of the storage at different settlements to keep your bags light.

Keep an eye on durability

Weapons, tools, and gear suffer a small amount of durability loss whenever used—or whenever you die—so you should make it a habit to check your gear regularly. You can repair your stuff using a small amount of gold and ‘Repair Parts’, which you can get from salvaging any weapons or armour you’re not planning on using—this is also handy as it means you’ll free up valuable bag space.

Repair Kits do the same job, but the Repair Parts are needed to craft them. However, repair Kits can be sold via the Trading Post, so if you have plenty to spare, you can always make a bit of gold on the side.

You’ll find your first large settlement after your first few quests in New World. While there are plenty of quests to keep you busy in the immediate area, it does pay to do some exploring. Not only can you unlock Fast Travel Shrines to make getting around more straightforward, but some resources may also be more plentiful in the different low-level areas.

Use Inn Recall and camps to cut down on travel time

The Inn Recall feature is essentially the same as WoW’s hearthstone. Speak to an Innkeeper to check in at that inn, and you’ll be able to teleport there for free on a one-hour cooldown. This is particularly handy as some of the early quests will have you travelling a considerable distance to reach objectives. You can use the Inn Recall feature at any inn, but you can only have it activated at one inn at a time.Advertisement

You can set up a camp while you’re out and about, as long as you have the materials to craft it. While the benefits might be easy to overlook at first, respawning back at an inn and having to run halfway across the map might see you reconsider its uses.

Not only do camps act as temporary respawn points, but you can also do some basic crafting at them, too. You can upgrade your camp to craft better items—the first of these upgrades unlocks at level 15 after completing a specific quest.

Crafting plays a big part in New World, though arguably it’ll become much more useful at max level when you can farm better resources to make more powerful gear.

There are still plenty of benefits to getting started with crafting early, though. You may be able to get certain weapons earlier than you would if you rely on loot drops or quest rewards. You’ll also need to craft arrows or bullets if you plan on using ranged weapons. The Trading Post means you’ll be able to sell the stuff you make, too, though you should check to see what sells well before committing if you’re crafting purely to make gold.

How to choose a faction

You’ll need to pick one of three factions to join once you reach level 10. You’ll have to choose between The Marauders, The Covenant, and The Syndicate. Aside from aesthetics, your choice should come down to a couple of factors. Factions control different parts of the map and this will vary, depending on the server. As they will also battle each other for territory, it’s worth joining the faction that’s dominant on your server.

Companies (guilds) are also faction-exclusive, and if you plan on playing with friends you should make sure you all join the same faction, or you won’t be able to play together.

You can change your faction if you want, but only after 120 days has passed since joining the last one, so it pays to take a bit of time to decide.

Pick up town and faction quests

Completing the main story quests is a given, but it’s easy to overlook the other types of quests, especially once you reach the first settlement. Advertisement

Town missions can be picked up from the Town Board and offer a reasonable amount of XP for the effort. Not only that, but you’re also helping to advance different aspects of the settlement, such as improved crafting stations. These missions can vary from killing 20 boars to delivering a certain number of crafted items or gathered materials to an NPC.

Once you reach level 10 and pick a faction, you can pick up faction quests too, which help you increase your standing with your faction. These come in both PvE and PvP variants and while they don’t give vast amounts of XP, you can buy increasingly better gear and help your faction’s overall standing as your reputation increases.

Level up your standing with territories

Save up for a house

New World’s player housing offers a variety of different sizes at various price points. Aside from having enough gold to purchase your property, you’ll also need to be level 15 and have a standing of 10—or greater—with the territory where the settlement is located. However, there are many benefits to having your own place, so don’t be put off by the initial requirements.

As well as decorating your space how you want it, your house will act as a recall point, similar to the Inn Recall system. You can also increase your storage and gain buffs from trophies that you hang as decorations.