‘Extreme space weather’ could destroy the internet (but probably won’t) 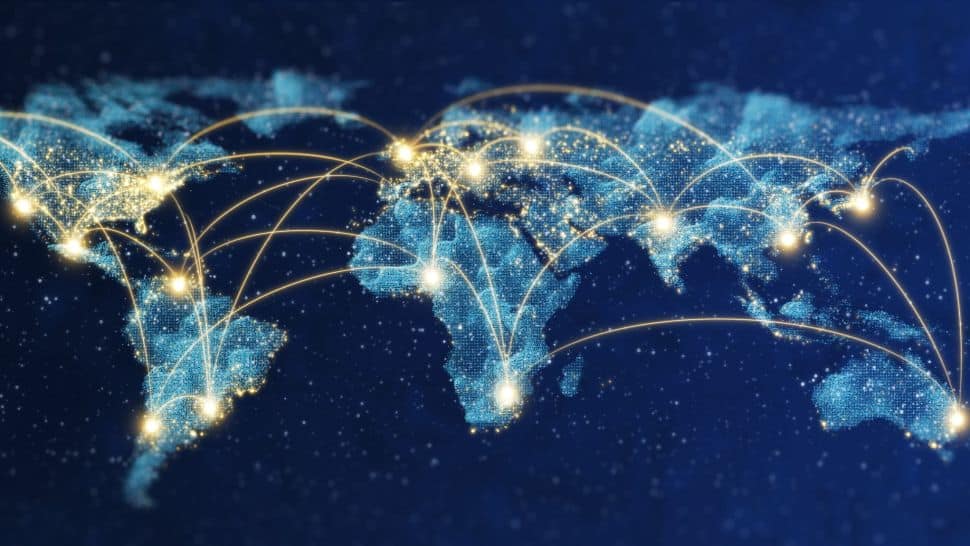 The good news is that despite some overwrought headlines you may have read recently, the sun is probably not on the cusp of destroying the internet. The bad news is that, well, it could be, and we’re really not prepared for what happens if it does.

The concern arises from a recent paper entitled Solar Superstorms: Planning for an Internet Apocalypse. As Live Science notes the paper is not yet peer reviewed, but that’s still one hell of a hook, although the paper itself is far less apocalyptic: It describes a potential large-scale, long-term internet outage as a “black swan event”—rare, hard-to-predict events “that can significantly alter the course of our lives”—and further notes that the most destructive outcomes it describes are based on a worst-case scenario, where everything that can go wrong, does.

The internet is susceptible to a range of threats including natural disasters, cyber attacks, and other black swan events like the Covid-19 pandemic. But those threats are secondary, and relatively small scale. A major solar storm, on the other hand—a Coronal Mass Ejection, if you want to be technical—is a far more existential danger.

What happens is that the sun spews out a large mass of highly magnetized particles, and if the Earth happens to be in the way, they’ll interact with our own magnetic field in various interesting ways. Some of those effects are cool, like “spectacular auroral displays”—great for people who don’t want to travel to see the Northern Lights—and others, like Geomagnetically Induced Currents, are definitely not.

If the solar storm is strong enough, the resulting Geomagnetically Induced Currents can actually cause damage to the long-distance lines that keep us all connected, particularly those under the sea. The fiber-optic cables themselves aren’t at risk, but the repeaters installed along the lines to keep the signal sufficiently strong are, and if they go down, the cables are effectively useless. Exposed communication and GPS satellites will also be knocked offline, may suffer component damage, and in the worst case could fall out of orbit and come crashing back down to Earth. Shorter, regional networks are more likely to be okay, but international communications would suffer greatly: The UK, for instance, would likely maintain connectivity with nearby European nations like France, but would be cut off from North America.

It’s not likely to happen, but it’s not impossible either—on the high end, the odds are about the same as the likelihood of Donald Trump being elected President of the US, to use a recent example. “The probability of occurrence of extreme space weather events that directly impact the earth is estimated to be 1.6% to 12% per decade,” the paper states. “More importantly, the sun was in a period of low activity in the past three decades from which it is slowly emerging.”

That period of low solar activity is the same span that’s seen a dramatic expansion of technologies like mobile communications and the internet, and that means “we have a limited understanding of whether the current infrastructure is resilient against powerful CMEs.”

Which is what the paper is all about: Author Sangeetha Abdu Jyothi of the University of California, who presented it at the SIGCOMM 2021 conference, told Wired that she started considering the scenarios after seeing how unprepared the world was for the Covid-19 pandemic.

“There was no protocol to deal with it effectively, and it’s the same with internet resilience,” she said. “Our infrastructure is not prepared for a large-scale solar event. We have very limited understanding of what the extent of the damage would be.

“There are no models currently available of how this could play out. We have more understanding of how these storms would impact power systems, but that’s all on land. In the ocean it’s even more difficult to predict.”

Thomas Overbye, director of the Smart Grid Center at Texas A&M University, agreed that we don’t have much experience with major solar storms in the digital era—the last big one apparently took place in 1921—but even so, he doesn’t think it will be quite as catastrophic as it’s presented, or that it’s necessarily a top priority for researchers.

“I think it’s something that we certainly as an industry want to be prepared for and I’ve been working to develop tools that assess risk,” Overbye said. “But yet there are a lot of other things going on in the industry that are important, too.”

That’s a fair point, but a lot of those other things might not seem quite so pressing if the internet gets blowed up real good by “extreme space weather.” Still, the goal of the paper isn’t to alarm, but to prod the necessary agencies to action: “Paying attention to this threat and planning defenses against it, like our preliminary effort in this paper, is critical for the long-term resilience of the Internet.”