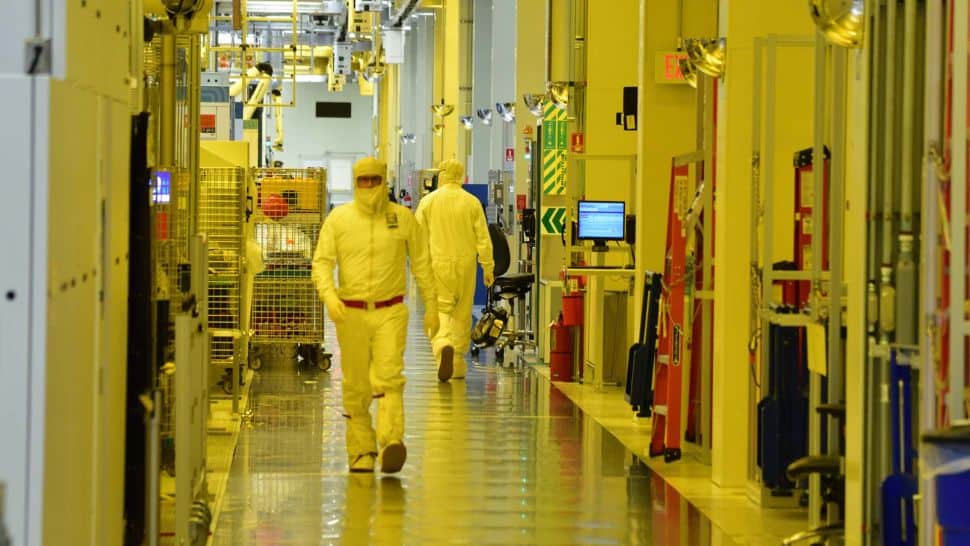 The chip shortage could turn into a chip oversupply by 2023, according to analyst firm IDC. That’s perhaps not a fix-all solution for those desperate for new graphics silicon today, but, hey, at least it offers some hope that this isn’t going to last forever, right?

The IDC report (via The Register) notes that it expects the semiconductor industry to see “normalisation and balance by the middle of 2022, with a potential for overcapacity in 2023 as larger scale capacity expansions begin to come online towards the end of 2022.”

Manufacturing capacity is also said to be already maxed out for 2021, meaning every fab is booked up for the remainder of the year. Though it’s reportedly looking a little better for fabless companies (i.e. AMD, Nvidia) to get hold of the chips they need.

Although with that comes warning of material shortages and slowdowns to back-end manufacturing (all the processes needing to be done to the wafer after it’s been produced).

With the added pressure of the holiday shopping bonanza towards the end of the year, and low supply leading up to the busy period, I’d take a guess that we, as customers, are unlikely to feel the benefits of the somewhat improved supply—I’m happy to be proven wrong, however.

But that’s still good news regarding next year and into 2023, although largely in line with what we’ve heard from Intel and TSMC over the past year in regards to supply issues.

As for what large-scale capacity expansions are on the way, there are a multitude of fabrication plant projects in the works. Intel, Samsung, and TSMC (to name only the largest) are all planning entirely new advanced chipmaking facilities, including heaps in the US.

However, the majority of these fabs won’t be powered on and pumping out chips until much later than 2022.

So an improvement like the one the IDC report must also depend on investment going into maintaining, improving, and expanding existing foundry capacity. As new process nodes begin to reach volume production that too will also help ease current congestion.

Manufacturers will be cautious to going overboard in increasing supply, though. They’re selling absolutely everything they can build right now and overdelivering on the supply front could leave them swimming in leftover chips or having to drop prices. That actually happened to Nvidia once, and it did not end well.

It’s a bit of a tightrope: on the one hand, the massive potential in serving more products to more customers; on the other, the potential to be left with expensive fabs not making as much profit as they could be.

As all this correlates to gamers, it’s graphics cards that appear the most affected by silicon shortages and massive demand more than any other component. GPU prices have appeared to drop substantially since early year highs, although the latest reports suggest we’re not out of the woods yet.

So I wouldn’t expect major shifts in graphics card supply in 2021, even if the IDC report rings true. I will say, though, that since both analyst and CEO seem to agree that 2023 will be back to normal, I’m quietly hopeful for that outcome.

At least that way we might stand a chance of picking up at least an Nvidia RTX 4000-series or AMD RX 7000-series graphics card at MSRP—even if that means leaving this potentially awesome generation as a bit of a damp squib.