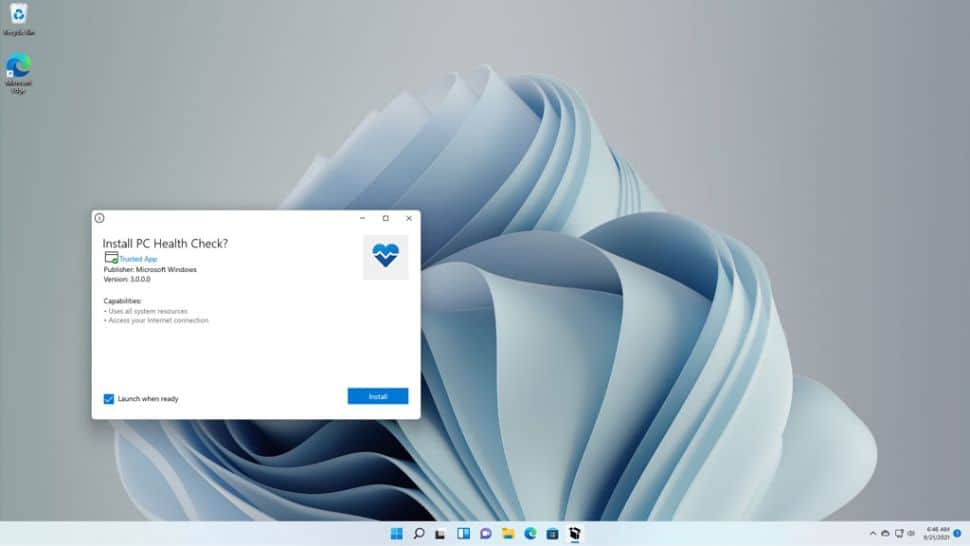 Remember that PC Health Check app Microsoft released to help users determine if their systems met all the requirements for Windows 11? The one that caused people to question why their PCs failed the compatibility test even on modern hardware? Microsoft ended up yanking it offline, and now an updated version is back, available to download from the Windows 11 landing page.

The app is fairly simple, in that it quickly audits PCs to see if they meet the minimum system requirements to run Windows 11. Those include a compatible processor with at least two cores and clocked at 1GHz or faster, 64GB or more of available storage, at least 4GB of RAM, and support for both Secure Boot and Trusted Module Platform (TPM) 2.0 technologies.

There are some underlying nuances to the requirements. As it pertains to the processor, having at least two cores and running at 1GHz or higher is not enough, it also has to be a model that is on Microsoft list of supported CPUs.

On most modern systems, it is the TPM 2.0 requirement that is most likely to be the tripping stone, should a PC fail the compatibility test. This is why Microsoft pulled the app offline shortly after it was released in June—the company acknowledged “it was not fully prepared to share the level of detail or accuracy you expected from us on why a Windows 10 PC doesn’t meet upgrade requirements.”

In the original version of the app, if TPM 2.0 was not enabled in the BIOS, the system would fail the test with a message stating, “This processor isn’t supported for Windows 11. While this PC doesn’t meet the system requirements to run Windows 11, you’ll keep getting Windows 10 updates.”

I initially ran into this on a Rocket Lake PC with a compatible CPU, Intel’s Core i9 11900K. But because TPM was not enabled in the BIOS initially (this is not something motherboard makers typically turned on by default on consumer boards, before now), it failed the test without a sufficient explanation.

And now? If the TPM 2.0 requirement is what trips up a PC, the app will say so, noting that “TPM 2.0 must be supported and enabled” to pass the check. The updated message also links user to blog post explaining things in more detail, and how to enable TPM 2.0 on their PC.

It’d be nice if the app could differentiate between not having TPM 2.0 capabilities versus the security feature simply not be enabled, but I suppose that would be a bit more difficult to implement.

In any event, for those interested, the app is available to everyone again, and not just within the Windows Insider program, as it had been for the past several weeks. Just go to Microsoft’s Windows 11 page and scroll down to the bottom section, just above the footnotes.