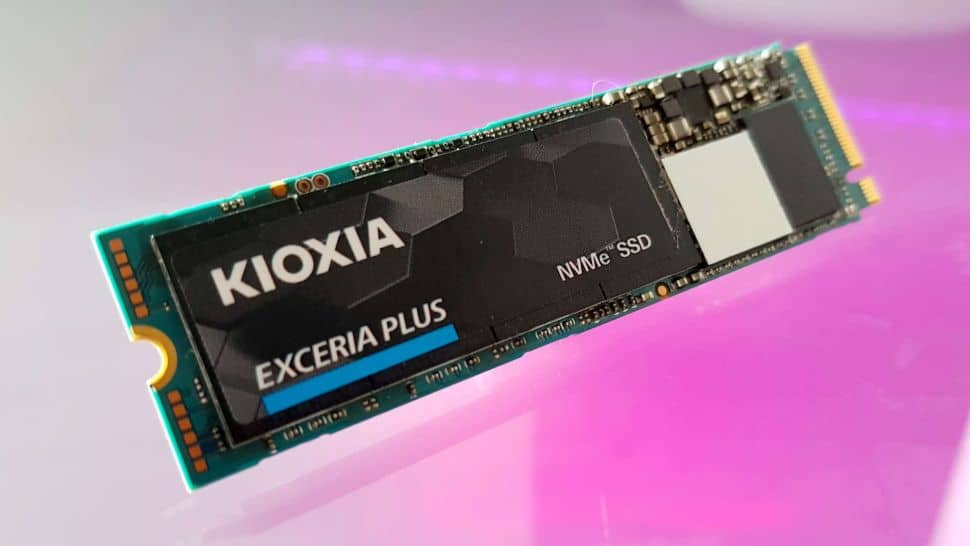 Kioxia has offered us a peek at the future of what’s next in SSDs, and it’s incredibly quick. With a prototype using the upcoming PCIe 5.0 protocol, the company has managed to blast into the stratosphere with sequential read speeds of up to 14,000MB/s.

Latency is also down to 70μs read and 10μs write with the quicker prototype. Which means it’s generally faster all-round.

So PCIe 5.0 is another huge step in performance, although I suppose that much is a given considering the newer standard doubles the maximum bandwidth of PCIe 4.0. That means the top PCIe 5.0 drive could, in theory, hit a little under 16GB/s.

And it’s quite the feat for even an early prototype (via WCCFTech) to be closing in on the maximum bandwidth on offer for PCIe 5.0 drives.

As is usually the case, we’ll see these speedy drives make their way into enterprise and data centre markets before hitting our gaming PCs. But that’s probably not much of a slight to PC gaming as we’re yet to see a single PCIe 5.0 compatible CPU or chipset.

Those will appear first with Intel’s Alder Lake over the next few months, and you can bet suitably quick drives won’t be long after.

You could argue that the initial impact of high-speed SSDs won’t be particularly pronounced in gaming workloads, but may increase as new technologies are released, such as DirectStorage.

For just about everything else, though, a speedier SSD works a treat. And it won’t just be Kioxia with brand new drives, other manufacturers will follow suit once suitably quick controllers are in mass production.