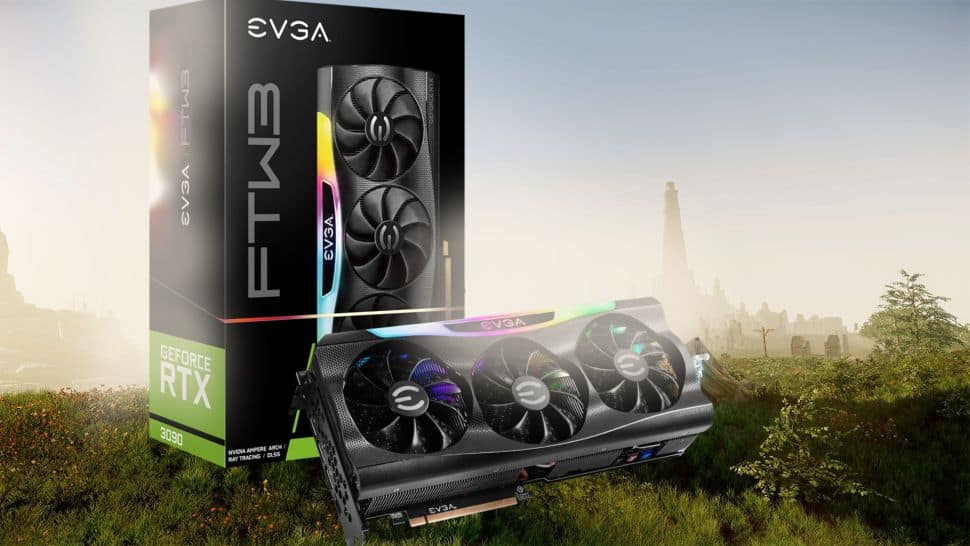 Uh oh, it looks like New World might be the catalyst for a few more bricked GPUs. During the recent ill-fated beta test it was discovered that a combination of factors were resulting in high-end Nvidia GPUs getting bricked while playing Amazon’s MMO. And now there are anecdotal reports that it’s happening again.

The original issue surrounded New World allowing uncapped frame rates in its menu screen, which lead to spiking power draw for big boi GPUs, and those, primarily EVGA-built cards subsequently popping their chips with a crackle and fizz.

For its part EVGA fessed up, and said that some dodgy soldering on the MOSFETs of a small batch of cards was responsible, and that in reality it had only received around two dozen dead GeForce RTX 3090 cards as a result of the New World GPU catastrophe. Those were replaced without issue, as soon as the problem was reported, which is a pretty solid response from the company.

On the Amazon side, while it contended that “the New World Closed Beta is safe to play” it did quickly implement a patch which capped the frame rates in the menu screen anyways.

So, it’s strange to see reports that it’s happening again in the final release. Our Alan has been elbow deep in the game’s innards, testing New World’s best settings and performance, and hasn’t bricked any GPUs so far, though is seeing a few oddities.

Even with fps caps enabled in the Nvidia Control Panel, and in the game, players are reporting graphics card failures, and not necessarily on EVGA cards either. At the time of the closed beta there were a few reports of Gigabyte GPUs having a similar issue, and that seems to be rearing its ugly head again.

Winfuture reports that it’s had issues with a Gigabyte RTX 3090 because of various trigger points that can reportedly put extra strain on the graphics card in your machine. It cites an spike in load when changing graphics card settings, and that in its case simply closing the game bricked its card. “The fans howl to 100 percent, the screen goes black, the PC says goodbye.”

In our testing Alan has noticed that when changing the graphics settings the game does go through a hard refresh, where the engine seems to want to draw the whole scene again, from low poly models, adding more and more detail from there. That seems to put a lot of strain on your system, often hitting 100% GPU load just from switching around some graphics options.

It does bear saying that we’ve not seen a card fall over in our experience yet, and a lot of people on the team have been playing New World out of morbid curiosity. There’s also the fact that even under 100% load your GPU should be able to cope, which again speaks to potentially already existing, underlying factors in the manufacturing of the graphics cards that have actually bricked as a result of running the game.

This is something that we’re going to need to keep an eye on, and if you’ve experienced any issues with New World and your graphics card please get in touch and let us know what’s been going on with your setup.