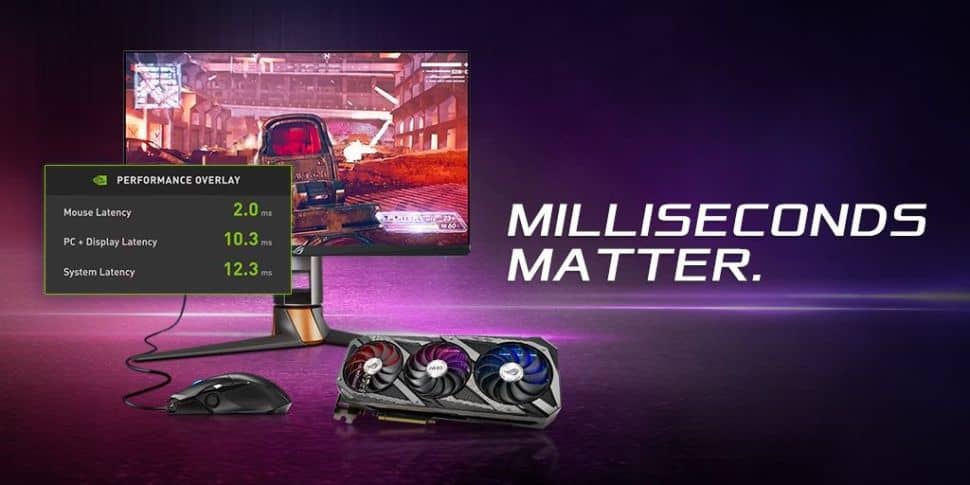 One of the most annoying issues that competitive gamers have to deal with is input lag, which refers to the delay between when you press buttons on your mouse and when that input is actually registered by the game. It’s impossible to eliminate input lag completely, even when your PC is equipped with elite ASUS ROG hardware. However, it can be minimized significantly by changing game settings and fine-tuning your system. Unfortunately, because of how difficult measuring input lag has traditionally been, this process has always been a time-consuming, frustrating chore.

Thankfully, NVIDIA and ASUS ROG have developed a solution for this — NVIDIA Reflex, also known as the Reflex Latency Analyzer. Provided you have the necessary hardware, this software allows you to measure your mouse latency, PC latency, display latency, and overall system latency. This allows you to evaluate your input lag in real time, which makes the process of tweaking your settings to reduce it much easier. Here’s a look at how NVIDIA Reflex works, as well as what hardware from ASUS ROG you’ll need to make use of it.

Once you get your readings, you can change game settings and test your input lag again in seconds. This makes the process of making adjustments quick, easy, and painless.

What hardware should you get to use NVIDIA Reflex?

If you’re looking to use NVIDIA Reflex yourself and need to get the appropriate hardware, go with ASUS ROG. They have all of the hardware you need to make use of the NVIDIA Reflex feature, and the performance of their monitors, mice, and GPUs are all fantastic, making them superb choices for competitive players and gaming tech enthusiasts alike.

For a display, you should opt for the ROG Swift 360Hz PG259QNR. With its lightning-fast 360Hz refresh rate, crisp 1080p resolution, a blazing fast 1ms response time, and a desk clamp for supreme stability, which is a first for ASUS. Simply put, it’s an incredible monitor for competitive gaming. It even has a heatsink instead of a traditional fan for cooling, which eliminates fan noise. This is a first among 360Hz monitors. If you’re looking for something bigger and sharper, check out the ROG Swift PG279QM, which is coming soon. It features a 27 inch QHD resolution and a supersmooth 240 Hz refresh rate that is perfect for professional gamers. Thanks to their high-end specs and features, these monitors are ideal for fast-paced titles such as Counter-Strike: Global Offensive, Rainbow Six: Siege, Overwatch, and Fortnite.

The mouse you should get is the ROG Chakram Core. Featuring a hyper-precise 16,000 DPI optical sensor, a polling rate of 1,000Hz, adjustable weights, an ergonomic and comfortable shape, a durable design, and even a detachable joystick, this mouse is the cream of the crop when it comes to competitive gaming mice. Several tests even found that it has the lowest latency compared to other gaming mice, meaning that it’s the best choice for gamers looking to reduce input lag.

Lastly, one of ASUS’ Ampere RTX 30 Series GPUs will be a perfect choice for any serious gamer. Their performance is through the roof and allows players to achieve hundreds of FPS in competitive games, and the cooling systems on these cards are powerful and efficient, ensuring that your GPU will never overheat.