Windows 11 launch day bugs to look out for For many users, the Windows 11 launch has been a smooth transition from one beloved OS version to the next, with nary a bug in sight. For others, it’s been a less than ideal experience. With unforeseen compatibility issues cropping up, memory leaks holding user’s RAM hostage, and a slew of taskbar related complications, we wouldn’t blame you for joining the 41% of our audience holding off on switching to Windows 11.

Of course, Windows 11 hasn’t been causing problems for everyone equally, and many complaints are being chalked up to user fault as we speak, such as one absolute gem we spotted below. A good deal of pretty wide-ranging issues are as yet unresolved, leaving users feeling stressed and unsure whether to blame Microsoft or their own setup. Only a few bugs have been officially acknowledged in the known issues page, so far, but it’s still early days.

Though it may not be quite as buggy as some previous versions (Vista, ME, we’re looking at you), it’s worth having some understanding of what to look out for if you’re going to bite the bullet and install Windows 11. That’s especially true as some of the bugs being reported could easily go unnoticed, causing problems later down the line. So here’s our roundup of Windows 11 launch bugs you might run into, and some potential fixes being thrown around.

Microsoft has recognised a compatibility issue between Windows 11 and Intel ‘Killer’ networking software. The incompatibility means User Datagram Protocol (UDP) packets drop in some instances, causing performance and UDP-based protocol issues. Site loading and video streaming at certain resolutions has been slower for Killer users, and their VPN usage may also be affected.

Microsoft is currently working on a fix which is expected to roll out with the October 12 security update. Still, if you’d listened to us back in 2015…

A compatibility issue with Oracle VirtualBox and Windows 11 has also cropped up, specifically when Hyper-V or Windows Hypervisor is installed, which can prevent you from being able to run virtual machines. “To safeguard your upgrade experience, we have applied a compatibility hold on these devices from installing or being offered Windows 11,” says Microsoft.

The workaround suggested is to remove Hyper-V or Windows Hypervisor until the ticket is hopefully resolved with Oracle’s planned October update. Great fix, unless of course you need them.

Simply, users have had trouble getting their Cốc Cốc browser up. It happens; it’s actually very common and nothing to be ashamed of. Microsoft has helpfully noted that, in some instances, the bug “might cause other issues or errors.” Descriptive. Either way, just something to keep in mind if you’re looking to browse Vietnamese style.

There’s a compatibility hold on it Cốc Cốc browser at the moment for safety reasons, but those using Update Compliance can use safeguard ID 35891494 to bypass it.

Users have noticed some pretty gnarly memory leaks in file explorer that mean its RAM usage refuses to reduce even after the window is closed. It’s been happening for a while across Windows 11 Insider builds, and we’ve managed to replicate it on our test machine on the launch version, too.

While restarting the process File Explorer process from the Task Manager works to free up the memory, no official fixes have been found yet.

Taskbar not updating after a Windows 11 upgrade

Users have been reporting that just their taskbar refuses to update with Windows 11, then becomes totally unresponsive, since at least the Windows 11 Dev OS Build 22000.51. We had the same issue in the office with the launch build, oddly even after the same PC worked fine with the pre-release Windows Insider version (which hasn’t changed since).

Boatloads of potential fixes are being thrown around, with some having worked and some causing nothing but stress.

Strange lag on dragging windows around

A somewhat niche occurrence that a handful of users are seeing, is a pointer ghost effect when dragging some windows around. The lag doesn’t look to be a bug with Windows 11 directly, as the author of one post notes “I noticed that the lag only started when the window overlapped with the task bar. This made me remember that I have Open Shell installed. Uninstalling this fixed the issue!”

It seems Windows 11 isn’t a compatible with some taskbar-changing software you might be running on Windows 10 anyway, so just make sure to double check before installing.

One user discovered Windows 10 automatic updates can cause problems if it occurs while you’re making the switch to Windows 11. During the user’s upgrade, a popup appeared prompting them to restart, but only after accepting did they realise it was nothing to do with the Windows 11 switch. The issue left them with 4GB of temp files that they couldn’t figure out how to remove until another redditer swooped in and saved the day.

Just don’t forget to swap out [YOUR USERNAME] for your actual username, or you won’t get very far.

Hopefully you’re feeling more prepared for the ill that might befall you, should you choose to upgrade now. If all this is worrying you, but you’ve still got your heart set on upgrading, remember: patience is a virtue.

It’s easy to throw blame at Microsoft too, but consider that it’s impossible to foresee every variable when designing something for such a humongous user base. I’m no Microsoft apologist, but sometimes you gotta step back and check your setup, before assuming it’s a Windows 11 error. 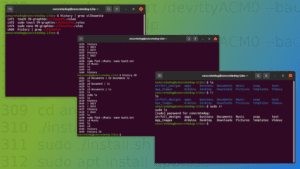 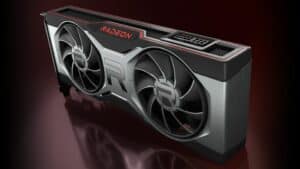 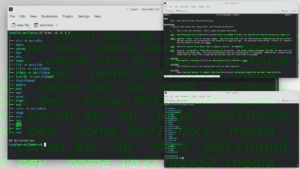