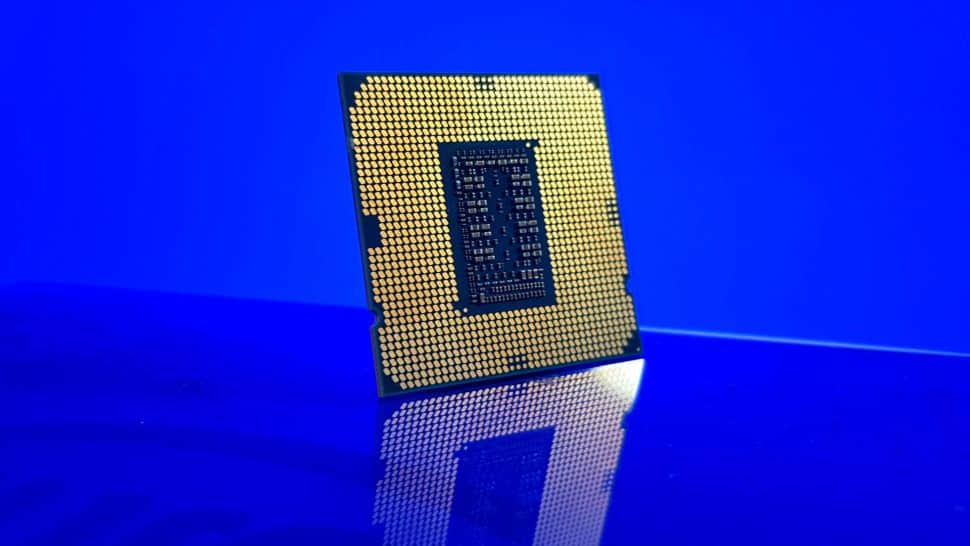 The Intel Core i5 12400 processor has been snapped ahead of launch, and it’s already showing itself more than a match for popular six-core AMD’s Ryzen 5 5600X. There’s another thing to mention, too: this chip appears to come fit with only, what Intel calls, p-cores, and won’t feature the Alder Lake architecture’s hybrid magic.

First, the performance. The benchmarking results were posted to bilibili (nice find, @9550pro) and claim to show the performance of the Intel Core i5 12400 CPU.

The chip, running at up to 4GHz all-core and 4.4GHz single-core, scores 4,784 points in the multithreaded CPU test, and 659 points for a single core alone.

Importantly for Intel, that’s a touch above the $299 Ryzen 5 5600X in our recent testing of the AMD chip on the latest Windows 10 or Windows 11 builds. AMD’s six-core/12-thread processor manages at most 4,438 multithreaded points, while single-core it can pull out a still impressive 597 points.

The Core i5 12400 results are reportedly representative of the final retail version of the Alder Lake CPU, which should be long finalised by now, but we’ll still have to consider that this may not be the whole picture of performance just yet. For one, there are sure to be differences in the PC used to test the Intel chip and the PC Gamer test bench with the AMD chip.

But for a rough idea of performance, yeah, Alder Lake is looking good—and that’s even without the hybrid architecture the company has been raving on about all year.

The Core i5 12400 should arrive as one of the more affordable of the Alder Lake lot, although we’ve no official confirmation of prices. Rumours suggest pricing a little above what we’ve come from the 11th Gen Rocket Lake processors for the entire Alder Lake lineup, but most especially the high-end chips. For reference, the comparative Core i5 11400 of that generation comes with a recommended customer price of $182—as did the Comet Lake chip prior to it, the Core i5 10400.

So what’s the big deal? Intel’s big play with Alder Lake is that it is a hybrid architecture, and what that means is it will blend both low-power ‘Efficient’ cores (e-cores) with more power hungry ‘performance’ ones (p-cores). For the Core i9 12900K, for example, we know Intel is planning an 8+8 configuration, meaning eight p-cores and eight e-cores.

That’s a chip that leaker 9550pro has also spotted benchmarks for, and again Alder Lake is shaping up nicely in terms of single-threaded performance next to AMD’s chip, which does hold on tighter to the top spot in multithreaded testing.

But back to the more affordable Core i5 12400, and this chip appears to come in a 6+0 configuration. What that means for a 12th Gen chip such as this is that it will come with 6 p-cores and zero e-cores.

HyperThreading is enabled on those six cores, though, which makes for a six-core/12-thread processor.

So, in a way, the Core i5 12400 won’t appear such a leap in architectural know-how and performance as those Alder Lake chips that come with e-cores. That’s probably doing it dirty, though, as clearly the chip offers upgrade enough to best the AMD Ryzen 5 5600X.

All Intel Alder Lake chips will use the Intel 7 process node, which is the new name for Intel’s Enhanced SuperFin 10nm manufacturing process. Those p-cores, too, will incorporate the latest Golden Cove core architecture, and they should fly for single core usage such as gaming workloads.

This lack of e-cores might also negate the need for Windows 11 with Intel Alder Lake’s more affordable chips. Intel has been working closely with Microsoft to get its Thread Director working with the OS and correctly dividing work up between both p-cores and e-cores, but without any of the latter, I suspect the Core i5 12400 will be no different to program for than prior chip generation.

As we’ve seen in the past, the cheaper Intel processors have proven themselves mighty for gaming PCs on a budget. There are still potentially high platform costs, a new motherboard will be required, and maybe you’ll want to dive in on a super-fast PCIe 4.0/5.0 SSD and DDR5 RAM, but on the chip front a six-core/12-thread processor with the latest architecture sounds very appetising indeed—so long as the price is where we think it’ll be.

Come on Intel, tell us what we want to hear.