11 tips to help you survive Back 4 Blood 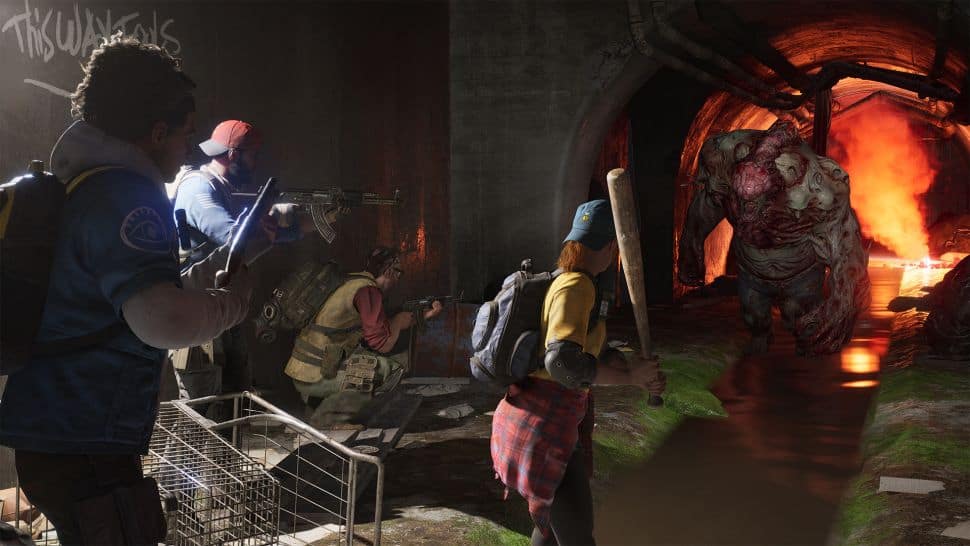 If you’re looking for Back 4 Blood tips, you’ve landed in the right place. Left 4 Dead’s spiritual successor from Turtle Rock Studios is out now, and you may be wondering what to expect when you jump into the Ridden-infested mayhem.

Much of the structure and gameplay will have L4D veterans feeling right at home. There are still some differences, though, and the most notable of these is the card system. But whether you’re familiar with this type of gameplay or you’re jumping in for the first time, this Back 4 Blood guide should get you started.

Back 4 Blood tips: How to survive against the Ridden

Get to high ground

Back 4 Blood’s levels are jam-packed with boxes, cars, and other random objects that you can vault up to. You should do that constantly to avoid the zombies around you, especially when you have to call a horde as part of the mission. Making the most of the environment can make all the difference.

Whether you choose the roof of a shipping container or the top of a stairwell, Ridden are generally much easier to deal with if they have to climb to get to you. Using choke points is helpful, too, combined with a well-timed Molotov.

Resist the urge to run ahead or explore areas alone. When the horde comes down on you—and it will, frequently—the teammate that ran far ahead is the one that’ll be pinned by a Hocker and quickly killed. As well as covering each other’s backs, you can share ammo and other consumables and even heal and resurrect each other if things don’t go quite to plan.

Try out any deck in Solo mode

Back 4 Blood’s “Solo Campaign” mode isn’t as simple as it seems. The mode currently disables the ability to earn supply points, but it also unlocks every card in the game for players to mess with. This is the perfect environment to experiment with builds that sound fun to you, like one focused on melee or absorbing temp health from shotgun kills.

And when you’re ready to get back to the regular progression, there’s still a way to play solo with bots. Go to Preferences in the matchmaking menu and turn on private lobbies.

Be wary of horde traps

It pays to explore in Back 4 Blood: you’ll find weapons, ammo, and other valuable items. But it’s important to look out for the four main types of traps that will instantly call a horde when triggered.

Birds are the most common trap. You often see them gathering to feed on corpses, and startling them can bring a flood of Ridden right to your location. To avoid this, make sure not to shoot in their direction, move close to them, or sprint by them. If you’re willing to sacrifice a grenade or Molotov, you can also try to kill them in one big bang before they can alert a horde.

Alarm doors can be similarly tricky. These trapped doors will always be labeled with a warning sign, but sometimes you’ll need to get through one to progress. There’s a somewhat consistent trick to get around this: shoot near the door to attract zombies on the other side your way. Once a zombie has dealt a single blow to the door, the alarm is disabled and you can break it down without worry.

Car alarms are, unfortunately, less forgiving. The game will briefly warn you a car is rigged to alarm when you go near it and you can also tell by its blinking lights. A single bullet into the body is all it takes to trigger the horde, so avoid shooting in its general direction as best you can. And don’t be surprised when somebody shoots it anyway; it’s pretty hard to avoid.

Snitches are the hardest hazard to avoid. They’re a special Corruption Card zombie recognizable by small glowing lights on its big meaty head. Try to sneak past it. If you’re going to shoot it, it has to go down in a single shot from a powerful gun (like an upgraded sniper rifle) or upgraded throwables. Normal bullets won’t kill it before it calls a bunch of Ridden friends to join the party.

Invest in Team Upgrades early in a run

It can be tempting to focus on buying better guns and neat attachments early on in a run, but if you’re looking to maximize your squad’s potential, you should save up for Team Upgrades immediately. Extra support items or grenades are great, but even better are the tier upgrades to these items that make them more effective. For instance, a rare medkit heals a lot more HP, and a rare Molotov burns for a way larger area. This is even more true at higher difficulties, where first aid stations are rarer and there’s less ammo to go around.

The quick accessory slot (bound to 5 by default) is mostly occupied by situational items that may come in clutch on a run, but one item is way more useful than the others: the Toolkit. The Toolkit is a multi-use key that can unlock specially marked doors full of helpful loot, bypass security doors without alarm, or speed up level-specific objectives. Make sure at least one of your teammates has one before starting a level (Karlee comes with one by default). My advice: Always use it on those special loot rooms unless you’re desperate. Better guns, ammo, and free health is worth more in the long run.

Use your melee attack when carrying items

You’re going to be reloading your weapon often, which means being vulnerable for a short period. As well as having teammates cover you, you can use your ‘bash’ melee ability—bound to ‘V’ by default—while reloading to push enemies away from you.

During the campaign, there are also various points that require one of you to carry an item from one location to another. This leaves the carrier vulnerable and unable to fire weapons, but again, the bash ability can help you out here if your teammates are having trouble keeping the Ridden off you.

You should be pinging everything in Back 4 Blood by default, but it’s especially important to ping a special Mutation enemy when you see one. It’s easy to overlook an Exploder heading your way in the midst of chaos, and pings help keep everyone focused on the biggest threats. Pinging also places a red skull icon above their head for several seconds, making the fast-moving Hockers easier to spot after repositioning.

On Veteran and above, save some Copper for first aid stations

You’ll find first aid points located at various points during missions, so it’s worth keeping back some extra cash. 400 copper is required on Veteran, while Recruit makes these healing charges free for all players.

While pain pills, bandages, and first aid kits are helpful on the run, use first aid stations as much as possible so you can save these consumables for emergencies. These stations also heal trauma damage, so if your character’s health is looking a little worse for wear, take advantage of them.

Build your deck in order of importance

Back 4 Blood uses a card system, which offers you various buffs to stats or abilities. You can customise your deck when playing the campaign, and you’ll get to choose from these cards in order.

Your first card will always be your starter card, and as all drawn cards persist throughout the campaign, make sure it’s a good one. Each time you reach a safe room and complete a mission, you’ll get to choose another card from your selection before embarking on the next. As corruption cards are also in play, it makes sense to try to counter these with your choice as often as possible.

Don’t worry about the bots

Back 4 Blood’s bots try really hard. Sometime they’ll do something a little dumb, like invade your personal space, twitch around a piece of geometry, but for the most part they’re pretty good partners that come with bonuses normal players don’t.

For one, bots don’t take trauma damage, so they won’t lose max HP after being revived. They also seemed to have an unlimited supply of ammo that they’re more than willing to share with you when you’re running low. They also don’t seem to take loot in the world yet always have a grenade to throw in the mix, so it’s a win-win.