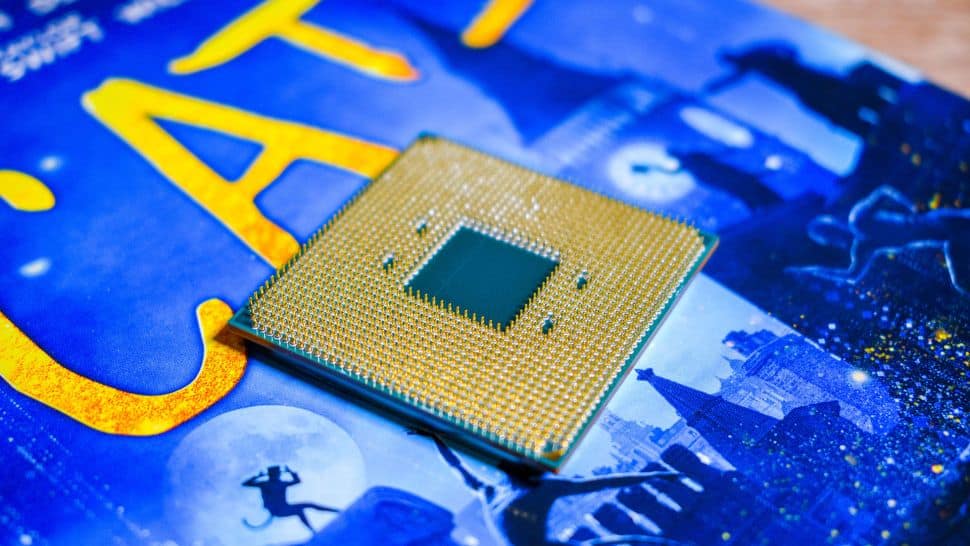 AMD has confirmed that new Ryzen processors using the 3D V-Cache tech it revealed back in June will debut early in 2022, with a big performance uplift compared to existing Ryzen 5000 CPUs.

This revelation was made as AMD celebrated the five-year anniversary of the launch of Ryzen chips, in a YouTube video with the firm’s chief marketing officer John Taylor, and director of technical marketing, Robert Hallock.

With the confirmation that new Zen 3 CPUs will be here at the start of 2022 – a refresh of existing models with the aforementioned 3D V-Cache beefing up cache performance – Taylor noted that these processors are set to deliver a 15% performance uplift with the cache alone, adding that it’s “like a generational uplift” in gaming performance.

Indeed, gains to the tune of 15% are what we can typically expect from a whole new range (and architecture) – well, in the ballpark of 15% to 20% anyway – so this seems to suggest that the new CPUs arriving early next year will be Ryzen 6000 models, a whole new generation (rather than just a mere Ryzen 5000 XT refresh).

Hallock also mention AMD’s incoming Zen 4 chips and confirms that these are still on track for later in 2022, with a whole new platform (AM5) featuring PCIe 5.0 and DDR5, as we already knew.

Analysis: The importance of damage control against Alder Lake?

AMD has already let us know that production of 3D V-Cache chips would begin before 2021 was out, suggesting an early 2022 release, and it appears that this potential launch schedule is still on target going by these latest comments.

That’s good news, and crucial for AMD to hold onto its current lead in the desktop CPU market.

Remember that Intel’s Alder Lake is supposedly set to emerge inside a month – on November 4 according to the rumor mill – and these 12th-gen processors are going to offer a strong performance boost compared to Rocket Lake, if leaks are anything to go by (and there’s been plenty of spillage indicating that this could well be the case). Couple that with the potential synergy with Windows 11 and Alder Lake, with the OS tuned for Intel’s silicon, and AMD could be in trouble – for the first time in a long time.

That’s why AMD needs a quick response, and a good one too – refreshed chips with a 15% performance boost would likely do the trick, bearing in mind that this sizeable uplift is from the new cache tech alone. That means other advances could augment the gains (pushing clock speeds a bit faster, for example), allowing Team Red to stay more competitive with Intel. Calling the new chips Ryzen 6000 would underline that competitivity in the minds of consumers, so that’s why this could happen, at least by our reckoning.

With Zen 4 chips due late in 2022, though, using Ryzen 6000 for refreshed processors at the start of the year would lead to the unusual situation where Ryzen 7000 would be out in the same year – and that could seem a bit odd.

Still, to stay competitive with Alder Lake – if Intel’s 12th-gen is as promising as it seems – there could be a strong argument for AMD to present 3D V-Cache boosted chips as a new range, from a PR point of view in terms of market perceptions.