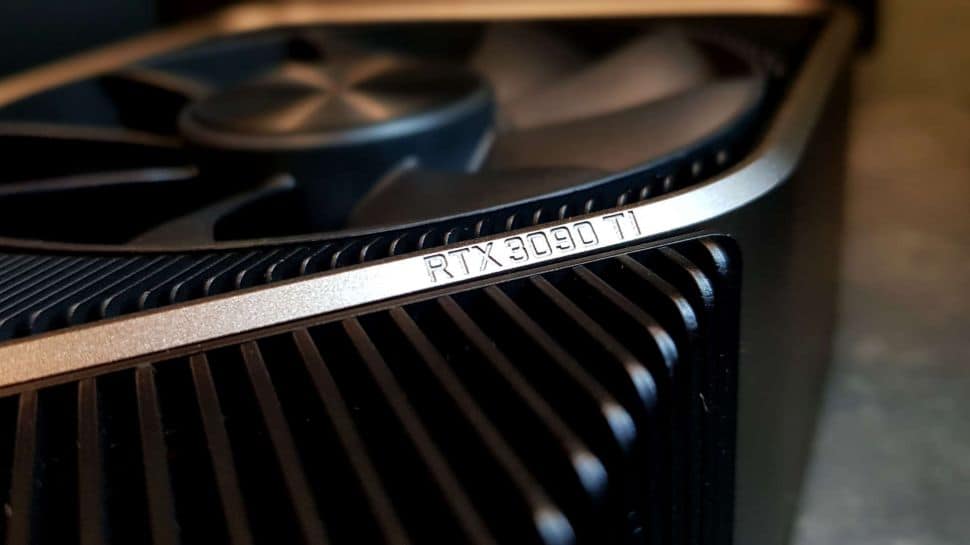 Details of a new power connector have surfaced online and are apparently linked to the rumoured RTX 3090 Ti. That’s a rumoured GPU that will take on the mantle of the fastest 30-series GPU when it supposedly surfaces in January 2022. We’re expecting a complete Super refresh of Nvidia’s whole lineup around that time as well, at least if the rumours are to be believed.

One interesting outcome from these rumours is that they appear to have unearthed a new kind of graphics card power connector (via Igor’s Lab). The PCIe 5.0 power connector is designed to solve one of the biggest, messiest problems with current graphics card power delivery: actually supplying enough power for high-end cards. Existing 8-pin connectors can supply up to 150W each, which is why the most power-hungry offerings take two or even three connectors.

The new connector (the picture above can be found on Minitek’s website) may not look too different from what we’ve seen before until you spot the four smaller pin connectors on the bottom row. This row, along with the 12 main connectors means that in total you’re looking at 16-pins. Only the main block is for power though, with those smaller pins apparently being signal lanes—although what these are actually for is unclear at this stage.

The PCI-SIG states that each pin in the main block can support up to 9.2A, which adds up to 55.2A for the entire connector, with a maximum supported power load of 662.4W. With tolerances, you end up with the 600W. That’s a lot.

Nvidia introduced a new single 12-pin connector with its Founder Edition 30-series cards last year. Nvidia’s reasoning at the time was that it wanted a smaller connector on the card itself. This required a 2x 8-pin to 12-pin adapter to use, as no power supplies actually have such connectors as standard.

This adapter made for some untidy builds, so it wasn’t ideal. Add-in-board partners didn’t jump on board this new design either, with most sticking with twin 8-pin connectors instead. So as it was, only those that managed to grab the Founder’s Editions actually got to see Nvidia’s twist on the connector.

This rumoured power connector is part of the PCIe standard, which should hopefully mean it enjoys direct support from PSU manufacturers—no need for adapters in the long term. In fact, potentially saying goodbye to the dual, or even triple, 8-pin PCIe power connectors that high-end cards need today in favour of a single cable is reason enough to get excited about this new connector.

Obviously, in the short term, we’ll have to use adapters, but any change to a connector standard is going to be plagued with that problem. Still, a little pain in the short term could be worth it if we end up with one cable that covers all your graphics card power needs.