Minecraft 1.19: everything we know about the Wild Update 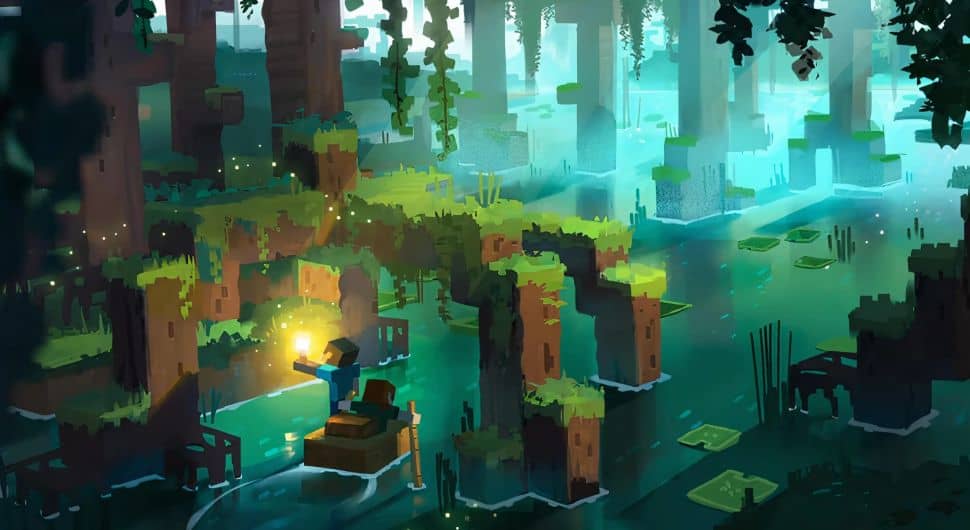 Curious about the Minecraft 1.19 update? Mojang just recently announced the next major version update for Minecraft, and it’s full of even more new blocks, biomes, and mobs. This time around, Mojang is focused on two kinds of “wild”: the great outdoors and also some extra scary adventures in the dark. The new swamp biome variant is bringing the towering, wild Mangrove trees while the still upcoming Deep Dark biome is going to be quite frightening.

Although the Wild Update isn’t coming until next year, we already know some of the major new additions from what Mojang shared during Minecraft Live 2021. Here’s everything we know so far about the Minecraft 1.19 Wild Update.

WHEN DOES MINECRAFT 1.19 LAUNCH?

Minecraft 1.19 will launch in 2022, but Mojang hasn’t given a specific date yet. With the second half of the Caves & Cliffs update launching at the end of 2021, it seems likely that the Wild Update won’t arrive until later in 2022. As usual, we’ll likely see early versions of the update in snapshot builds.

Here’s a quick look at what will be new in the Wild Update in 2022. We’re sure to find out more as the update approaches next year and Mojang begins releasing snapshots for the update. For now, here are the highlights:

One of Minecraft’s oldest biomes is finally getting a new variant. The new Mangrove Swamp biome will be full of towering mangrove trees, tons of mud blocks, and those new frog mobs too.

Minecraft is adding a big, super neat new tree type to the game: the mangrove. They’ll have vines that hang down from their leaves like swamp trees do currently, and will also grow large, arching roots that you can walk and swim beneath. What’s particularly cool about mangroves is that they can be planted on land or in water. When they grow, they’ll have a base of twisty root blocks beneath their main mangrove wood trunks.

Yup, that’s right, mangroves will also have their own wood type. Mojang says that when you cut them down and turn them into mangrove planks, you’ll be able to use them for creating mangrove wood colored decorations such as doors, fences, and other wood products just like other wood types.

You’ll also notice that the ground in the mangrove swamp biome isn’t made up of dirt blocks. It’s actually covered in mud. You can create new Mud Blocks by dumping a water bottle on dirt. You can also put mud blocks on top of the new dripstone from the Dripstone Cave biome, which will dry out your mud block and turn it into clay. A renewable source of clay—neat! Now you’ll be able to farm your own instead of going diving in every single water source you stumble across.

We’ve learned about two fun new mobs coming to Minecraft in the Wild Update: One hails from those new mangrove swamps and the other was voted in by players.

Don’t hop on out of the mangrove swamps just yet! You’ll want to stop and meet the new frog mobs first. Unlike other mobs which have babies that look like smaller adults, frogs will have actual tadpoles. Like axolotls, they can also be carried around in a bucket. That’ll be handy for transporting your budding little buddies to a new home.

Frogs come in three different variants: swamp, snowy, and tropical. They’ll grow up into an adult frog based on the biome they’re in when they mature.

The Allay is a helpful little mob that was chosen by Minecraft players during this year’s Minecraft Live poll. It’s a very cute flying blue creature that loves collecting things. If you give it a particular item, it will grab similar ones nearby and bring them back to you. The Allay also loves music, so you can also use a Note Block to give it a different drop location for its items.

After originally being planned for the 1.18 update, Minecraft’s dangerous Warden mob has been delayed to the Wild Update in 2022. The Deep Dark biome we’d seen previously has been expanded further also. Mojang did a serious dive into the Deep Dark biome this year and it’s looking much scarier than before.

What makes the Deep Dark so much spookier now is the Skulk Shrieker blocks which will emit a screech when activated and put a darkness effect on the nearby area. You’ll need to get away from that Skulk Shrieker quickly and quietly because that loud noise will likely attract a Warden.

As we’d already seen, the Warden mobs are very, very dangerous and will hunt down players by sound. The Shrieker’s pulsing darkness effect makes the stomping of the giant Warden sound like something out of a horror game. In the new video of the Warden we actually see one tunnel out of the ground through some skulk blocks, which is extremely frightening.

Also new in the Deep Dark are the big ancient city structures that you can find down in the dark. Mojang has hinted that there’s a structure at the center of every ancient city that may have its own secrets. You’ll also want to pay attention to the Skulk Catalysts. When an enemy dies near one, it will convert nearby blocks on the ground to Skulk Blocks, which you can mine to gather experience.