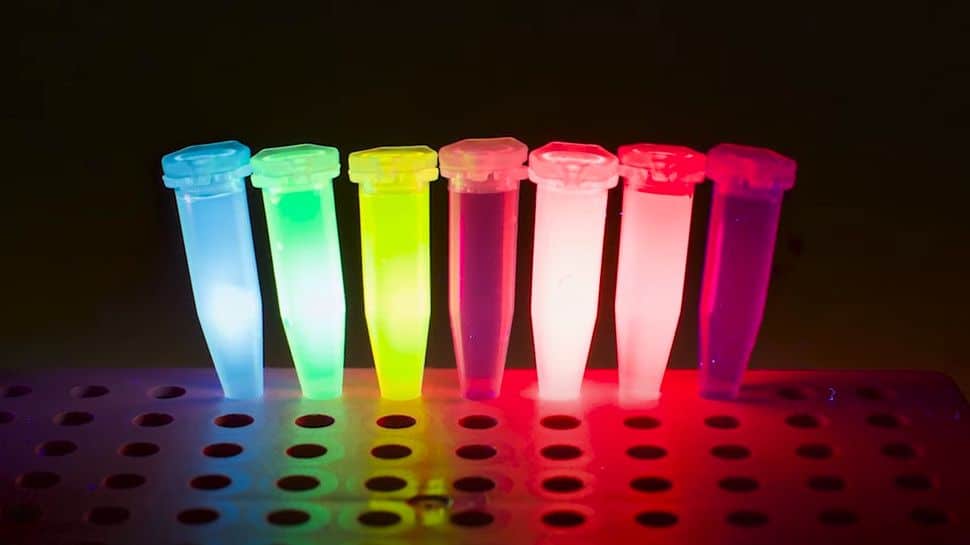 Academics at Harvard University have published a paper detailing a novel data storage technology that could address the insufficiencies of modern archival media.

Published by the American Chemical Society, the paper sets out a technique for storing data in a mixture of fluorescent dyes, which are printed onto a surface in a certain pattern.

When it comes time to access the data, the specific combination of different molecules in a mixture can be translated using a special microscope into binary 1s and 0s that computers can interpret.

“The rapidly increasing use of digital technologies requires the rethinking of methods to store data,” the researchers explained. “The use of mixtures of molecules, instead of sequence-defined macromolecules, minimizes the time and difficulty of synthesis and eliminates the requirement of sequencing.”

The academics claim to have written, stored and read roughly 400 Kb of data with virtually no information loss, with an average write speed of 128 bits/s and read speed of 469 bits/s.

As the volume of data produced by internet activity, digital devices and IoT sensors continues to expand at an aggressive rate, businesses are running out of time to solve a critical problem: where to put it all.

According to a recent IDC report, the quantity of data created within the next five years will be greater than double the amount generated since digital storage came into use.

Although less than 2% of the 64.2 ZB (68.9 billion TB) created last year was stored for the long term (the rest was either overwritten or temporarily cached), global data storage needs are still outpacing the expansion of total capacity.

While cloud storage, cloud backup and large-capacity drives are suitable for storing small amounts of data in the short term, when it comes to archival storage, Linear Tape-Open (LTO) magnetic tape rules the roost. However, though cost-effective, tape has its weaknesses; data can only be accessed serially, making it hard to locate specific files, and companies also need to migrate to fresh tape on a semi-regular basis to avoid data loss.

To solve the looming data crisis, researchers are hunting for new ultra-dense and ultra-durable storage technologies. A few candidates have emerged, such as DNA, quartz glass and crystal holograms – and now fluorescent dye.

In comparison to tape, which needs to be replaced every decade or two, the researchers claim that data encoded in fluorescent dye can be stored for thousands of years without degradation. As a medium of storage, dye is also more dense than tape, which means smaller facilities could house a far larger quantity of data.

Unlike DNA, meanwhile, which is considered the most promising of the challenger technologies, this new technique does not require molecules to be synthesized (only mixed) and therefore sidesteps a laborious and time-consuming process.

Of course, fluorescent dye technology is still in its nascent stages, nowhere near ready to be rolled out in a commercial context. But the Harvard research group has set up a new company, called Datacule, that will continue to explore its potential.

“We’ve passed the further hurdle, which is developing a technology that works – and there’s no question it works, that it has certain advantages,” said Professor George Whitesides, who led the research team. “The second hurdle is, does anybody care? We still have to answer that.”