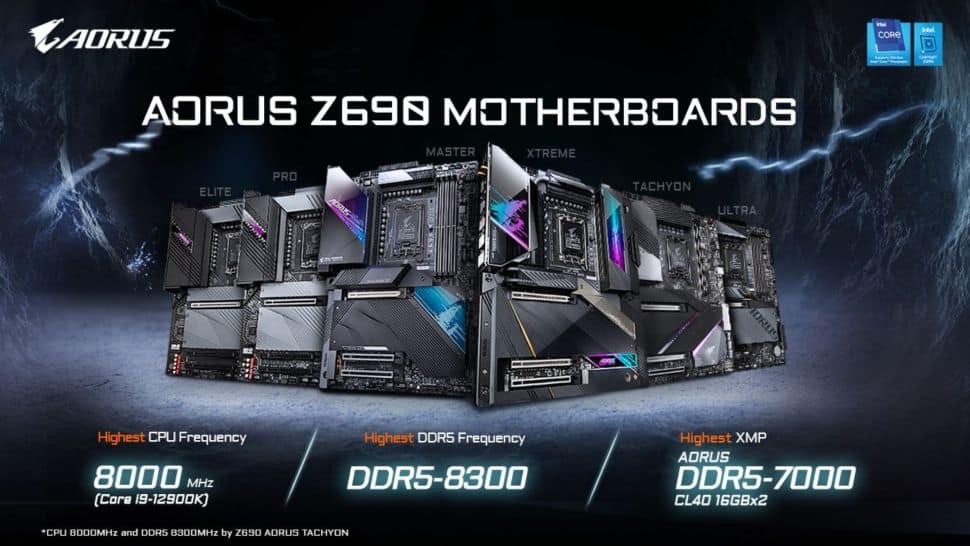 Intel’s Alder Lake chips are freshly out and you may have seen that Gigabyte recently claimed a world record 12th-gen overclock, tipping 8GHz with the Core i9-12900K flagship – but this achievement has now been officially refuted by CPU-Z.

The story here is that Gigabyte’s overclocking expert HiCookie submitted the 8GHz overclock (using liquid nitrogen) to CPU-Z last week, and bear in mind this was a staggering figure for Intel’s 12th-gen processors, given that 11th-gen chips came nowhere near 8GHz (the 11900K managed around 7.3GHz).

While Alder Lake was expected to be a good overclocker, this was a serious eye-opener, but doubt was immediately cast on the 8GHz clock speed by another overclocking expert, der8auer, who called it a ‘fake result’.

That has now been confirmed by Doc TB, the developer of CPU-Z Validator, who has rejected the 8GHz record-breaking submission to CPU-Z, following Gigabyte’s apparent failure to provide any concrete proof of the feat, as Tom’s Hardware reports.

So, what exactly is going on here? Doc TB from CPU-Z observed that it’s “very unlikely” that the 12900K hit 8GHz, while detailing an apparent way to trick the CPU into reporting a falsely high speed if the overclocker has access to BIOS source code (which some of the in-house experts with motherboard manufacturers do).

Indeed, with Alder Lake pre-release samples, there were people exploiting a CPU PLL lock bug to fake reported overclocks of 8GHz or even higher (as much as 12GHz), and it seems that while Intel patched against this with a microcode update before the 12th-gen launch, there is another route still open to potentially leverage this same flaw.

Doc TB concludes that: “The issue is now on Intel’s hands, needing a new hardware stepping or maybe another microcode patch. Solving such a niche issue to prevent ppls messing with BIOS source code is a real challenge and probably not on the top list.”

The other thing to note here, as the CPU-Z dev also points out in the extensive explanation on Twitter, is that all other overclocking experts were managing to set records around the 7.5GHz to 7.6GHz mark, so 8GHz is a huge outlier compared to the general consensus from all the other major motherboard makers and their in-house overclockers. Remember, those efforts consisted of “tens of overclockers [testing] hundreds of CPUs on a bunch of motherboards while all struggling around 7.5GHz”, so an 8GHz result appearing out of the blue was “quite suspicious at least”, Doc TB asserts.

The general consensus for all-core benchmark stability for the 12900K is pegged at around 7GHz, by the way.

In case you’re wondering how fast 8GHz is in the overall scheme of things, the fastest validated processor clock speed ever achieved on CPU-Z is 8794MHz or very nearly 8.8GHz, a feat managed by an AMD FX-8350 almost a decade ago now.