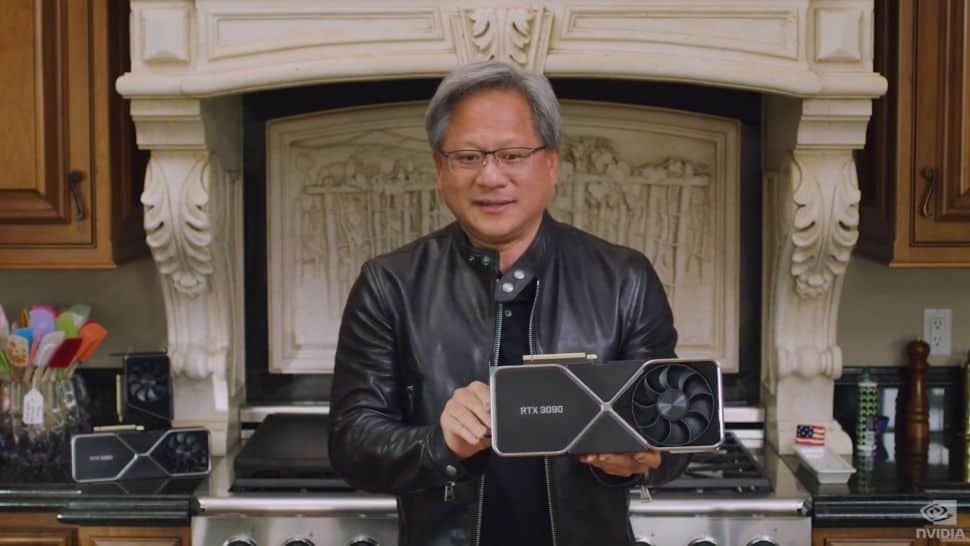 Nvidia’s CEO Jensen Huang isn’t overly worried about rival AMD’s powerful new Instinct MI200 heavyweight graphics cards, built for high-performance computing (HPC), and essentially said that the idea of an ‘Nvidia killer’ of a product was nothing new or alarming.

In an interview with The Next Platform highlighted by Wccftech, on the topic of AMD’s ‘Aldebaran’ GPU accelerators – which benefit from a multi-die GPU design, basically being two graphics cards in one – interviewer Timothy Prickett Morgan asked “what is your response to this competition from AMD”, and Huang insisted that he wasn’t remotely concerned.

Huang replied that: “First of all, we have competition all the time. So it is not true that this is the first so-called Nvidia killer that has come out. Every year there’s an Nvidia killer and people call it that.”

In other words, there’s nothing particularly out of the ordinary happening with AMD’s latest launch, although the MI200 is quite an achievement by anyone’s standards, offering 3.2TB per second of (peak theoretical) memory bandwidth, which is 2.7x better than previous-gen Instinct cards. It offers up to 47.9TFlops in terms of FP64 performance, too.

Analysis: Super specs and supercomputers, but Huang’s job is to remain unmoved

Of course, as Nvidia’s top exec, it’s Huang’s job not to be moved or outwardly impressed by what AMD has achieved with its Instinct MI200 GPUs.

But those specs speak for themselves, really, as does the fact that HPC orders are gaining momentum, with systems like the Frontier supercomputer at the Oak Ridge National Laboratory set to run with MI200s, along with the Adastra supercomputer in France.

While this may not mean much to the average consumer, what is interesting is that gaming graphics cards are also looking at shifting to a multi-chip GPU model. Indeed, the rumor mill is busy peddling the idea that AMD could maybe go this route with its next-gen RDNA 3 flagship graphics card – tripling the core count compared to the RX 6900 XT as a result (massive handfuls of salt, naturally).

As Huang points out, though, boasts of ‘Nvidia killer’ are nothing new, and indeed were bandied about when Big Navi was working its way through the rumor mill almost two years ago now. And doubtless we will be hearing this phrase again in the future, with a suitable amount of skepticism always to be employed with material from the GPU grapevine.