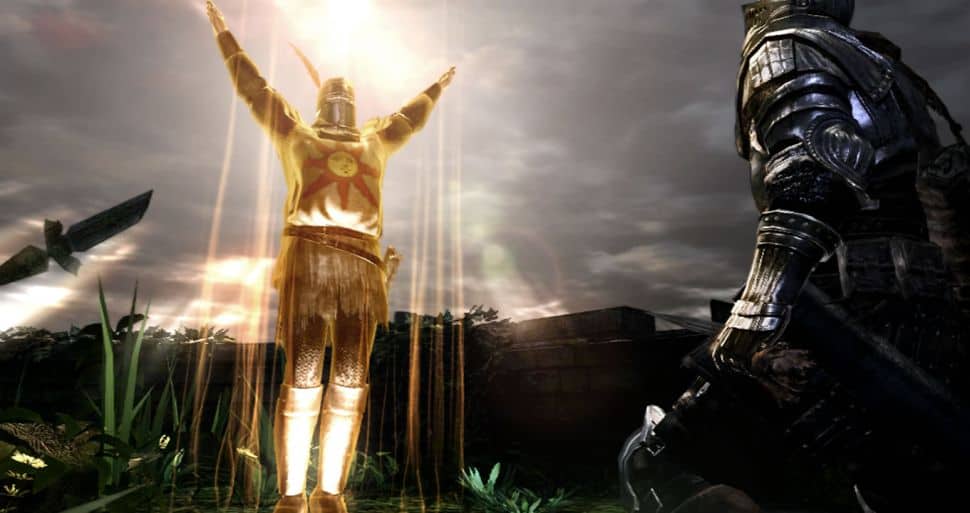 The PC was declared the Ultimate Hardware of All Time at the Golden Joystick Awards yesterday, an obvious and completely correct acknowledgement that PCs both predate and outpace any game console you care to name. As Gabe Newell put it in his award acceptance speech, “Gamers and developers have benefited enormously from the relentless innovation in PC gaming hardware.”

But if PC is the ultimate gaming hardware, then what, you might reasonably ask, is the ultimate game? That, according to the Golden Joysticks, is FromSoftware’s 2011 ARPG Dark Souls, which beat out other contenders in the fan-voted category including Doom, Half-Life 2, Minecraft, Halo: Combat Evolved, Grand Theft Auto 5, Portal, and Space Invaders.

“Thank you very much for receiving such a wonderful award,” Dark Souls director Hidetaka Miyazaki said in a statement reported by Yahoo Japan (via Google Translate). “It’s still unbelievable that the user chose from the nominated works, but I feel it’s a great honor.”

Miyazaki also paid tribute to his colleagues at FromSoftware, saying that newcomers to the studio when it began working on Dark Souls are now “the core of the latest effort, Elden Ring.”

“I was deeply moved by the award,” he said. “We will continue to make interesting and valuable games. I hope you look forward to it. Thank you!”

It’s interesting to recall, in light of this award, that the original release of Dark Souls on PC, the Prepare to Die edition, was really quite a mess. FromSoftware described it ahead of launch as “strictly a port from the console version,” with no optimizations for PC, and they weren’t kidding: Among other issues, it was locked to 720p/30fps at launch, which even in 2013 was definitely not cool. Modding hero Peter “Durante” Thoman quickly released a patch that did away with those graphical limitations, but it still suffered from wonky sound and brutally bad mouse-and-keyboard controls. It wasn’t until the 2018 release of Dark Souls Remastered that we got an out-of-the-box experience that didn’t look like it was deliberately calculated to make us all buy PS3s.

Hopefully the rollout of FromSoftware’s latest soulslike will be a lot smoother: Elden Ring is currently set to arrive sometime in February 2022.