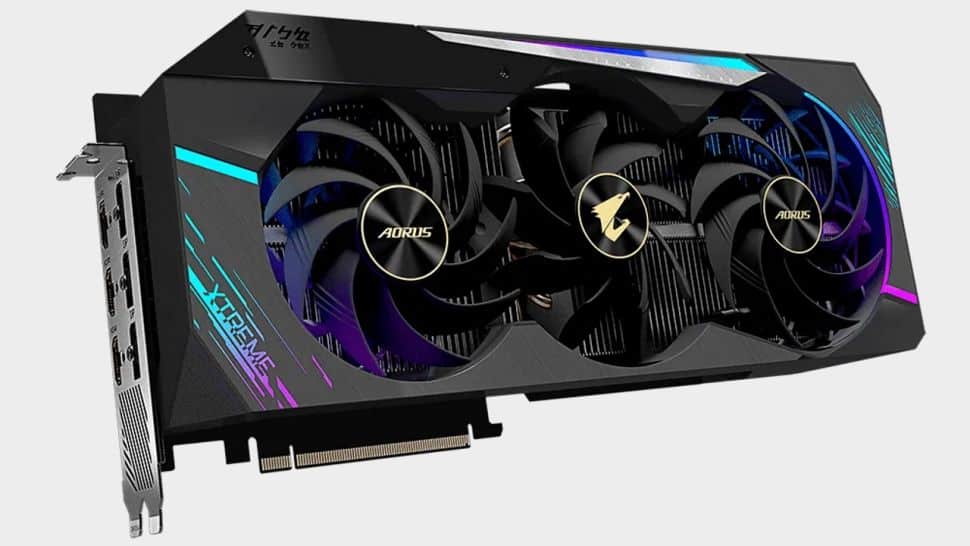 New graphics cards appear to be finally on their way if a new post on the EEC filings is anything to go by. A total of 19 cards from Gigabyte are listed on the site, which covers new memory SKUs of the RTX 3080 and the RTX 3070 Ti as well as the as-yet-unreleased AMD Radeon RX 6500 XT Radeon.

The post was highlighted by @momomo_us (via Videocardz) who has good form for unearthing interesting tidbits in the PC hardware market. The Eurasian Economic Commission listing is a necessary step in any product’s life cycle, and while it’s not a guarantee that every product on this list will see the light of day, it’s a good sign that a good chunk of them will.

At first glance, it may look like gobbledegook, but Gigabyte follows a reasonable system for naming its products, and from that, we can unpick what each of the 19 cards actually is, as well as, importantly in this case, how much memory is involved.

The original RTX 3080 boasted 10GB of GDDR6X, so an extra 2GB is unlikely to make much of a difference. Doubling the memory on the RTX 3070 Ti could have a bigger impact in some games though, or at least allow you to pick some settings that you couldn’t with the original cards—Far Cry 6 for instance complains about a lack of VRAM if you’re packing less then 11GB when trying to max out all the settings with the HD texture pack.

The inclusion of the AMD Radeon RX 6500 XT is interesting as well, simply because this is a card we’ve seen rumoured for a while now, but heard nothing official about it out of AMD. That these three cards appear on this list is a good indication that its arrival is imminent. That 4GB of VRAM is a bit concerning though—having recently looked at the MSI Pulse GL66, which has an Nvidia GeForce RTX 3050 Ti also packing just 4GB of VRAM, I found plenty of games will turn their noses up at such a small amount of memory.

That’s a healthy amount of cards across Gigabyte’s many brands, and if nothing else, it indicates that we’re about to get an influx of new cards. It won’t just be Gigabyte releasing these new SKUs if they do come to light, though, so you can expect new cards from the likes of Asus, MSI, EVGA, and all the usual suspects in that case.

There’s no official date of when we’ll see any of these cards, although, with CES happening at the start of January, we’d expect any new announcements there, with stock appearing before the end of that month. A lot of new graphics cards would certainly make for a good start to 2022, so fingers crossed that happens.