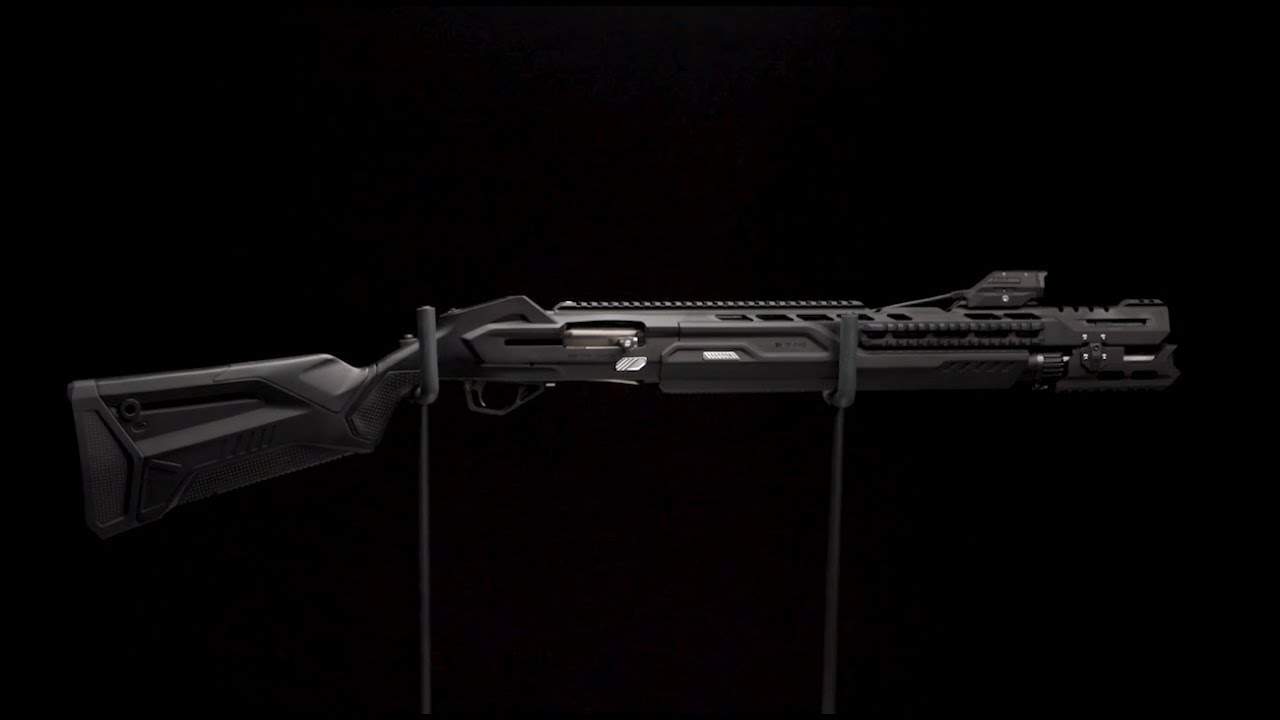 Real-world weapons ending up in videogames is nothing new, but IGN has an interesting and very odd report about the process going the other way. It involves a shotgun called the EPM28 Mastodon in a game called Oceanic, currently in development at indie studio Ward B, and Kalashnikov Concern, a Russian defence company known worldwide as the creator and original manufacturer of the AK47.

According to Ward B CEO Marcellino Sauceda, he was contacted in 2020 by a contractor from Kalashnikov Concern, who wanted to turn the Mastodon, a brutal, futuristic shotgun that was revealed in concept art in February 2020, into a real firearm. Naturally, that sort of exposure would be a huge PR gain for the studio and its largely unknown game, and the contractor assured Sauceda that Kalashnikov “will be showcasing your name, [and] you’ll have a brand on the gun.”

Nothing further happened, however, and that appeared to be the end of it—until Kalashnikov unveiled the new MP-155 Ultima. According to The Firearm Blog, it’s based on the popular MP-155 hunting shotgun but features an overhauled alloy and polymer chassis, and sports an onboard computer with compass, stopwatch, timer, ammo counter, and WiFi and USB connectivity. It wouldn’t look out of place in a squad of Colonial Marines, and in fact Kalashnikov said on Facebook that the design is inspired by videogames.

Ward B thinks it looks a little too much like one videogame gun in particular: The Mastodon. Sauceda said he initially thought he may have missed confirmation that the licensing deal was going ahead, but when he checked the Kalashnikov website there was no mention of the game or Ward B. The studio initially stayed quiet in hopes that it was all just a misunderstanding, “but I already had an idea in my mind that [the contractor] was definitely not going to come back,” Sauceda said. “They completely stole it.”

Of course, Kalashnikov denied any wrongdoing, and while legal wrangling ensured, in the end it went ahead with the gun while Ward B went head-down for roughly a year, continuing to work on Oceanic but being much more careful about sharing. “We loved showing off what our talents can achieve during development, but this approach was needed to prevent future cases such as this one,” Sauceda said. The studio has also given up on the possibility of legal redress, because it can’t afford to pursue the matter in Russia.

It’s very difficult to say whether the Ultima is actually a direct lift of the Mastodon. Galleries and comparison images on IGN show that the guns are definitely similar in their overall styling, but that could emerge from the melding of countless sci-fi and pop culture influences. Some details, like the presence of a particular indentation above the trigger, are suspicious, but others, like the quick-release stock, are just a good idea. And as we’ve seen with characters in games including Apex Legends and League of Legends, occasional crossovers and overlap are just about inevitable.

Whatever the truth of the matter, there was one more unpleasantly ironic twist for Ward B: In June, PvP shooter Escape From Tarkov added branded (and presumably-licensed) mods for the MP-155 Ultima, the Kalashnikov design, including a rail camera, pistol grip, and polymer stock.