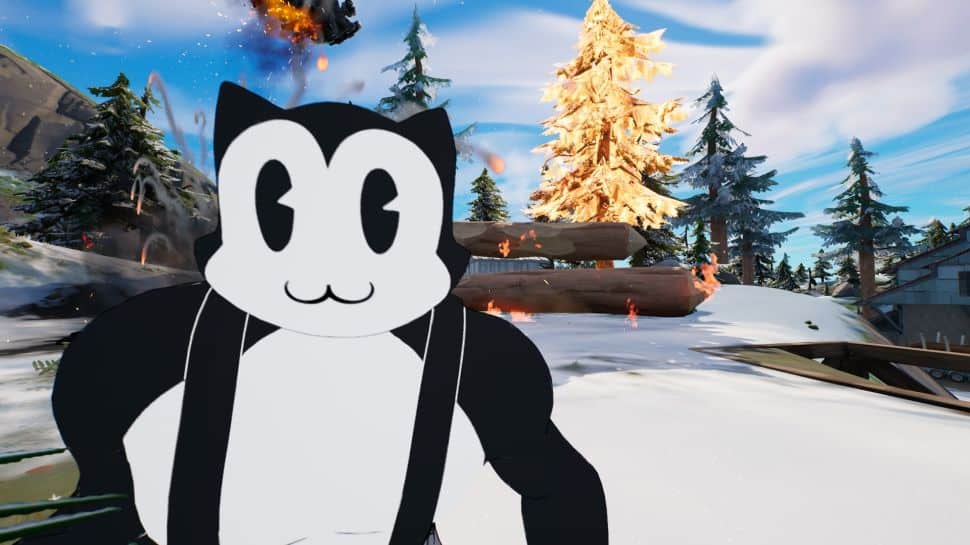 We’ve been eagerly awaiting whatever shiny new graphics Unreal Engine 5 has in store since the first demo debuted in May 2020. It turns out, the real Unreal Engine 5 was in front of us all along in the form of Fortnite Chapter 3.

The newest stage of the all-encompassing battle royale required a larger-than-normal update earlier this week, which makes sense now knowing that Unreal Engine 5 is behind new mechanics like log-destruction, lightning, and truck-swirling tornadoes.

Epic showed off the new weather and environment effects in the Chapter 3 overview trailer, but currently the only one you can seem to find in-game is the log-cutting.

Admittedly, cutting those logs is pretty fun, even though it seems restricted to the large redwoods surrounding Logjam Lumberyard. Chopping a redwood tree spawns a humongous log, but also explodes the rest of the tree, and the ensuing fall is enough to make anyone holler “Timber!”

You can also whack the log around with your pickaxe, resulting in some pretty hilarious physics mishaps. Enjoy this gallery from when dueling logs worked together to crush a semi truck and make it explode into the sky.Image 1 of 4

I also managed to get several logs to fall into a lake and float downriver to a completely different lake. I’m basically a lumberjack now.

Silly fun though it may be, it’s obviously not the significant leap in lighting, environmental detail, and physics that we saw in the original UE5 demo, or in subsequent demo worlds built by developers. That’s fine, though. Chapter 2’s introduction was definitely a stylistic and graphical upgrade from the game’s early stages, but Fortnite’s cartoonish style has served it well as it gobbles up franchises left and right, turning anything vaguely humanoid into a new skin.

I’ve reached out to Epic to see if the Unreal Engine 5 implementation has any implications for Creative Mode, where players can make their own maps and adventures. Last we heard in mid-2020, Creative Mode was going to get full mod support, custom asset integration, and even real-time editing capabilities thanks to UE5. Unfortunately, we have no idea when that’s being fully implemented.

While we wait for more info, check out all our Fortnite Chapter 3 guides.