The new games of 2022: all the upcoming PC games we’re looking forward to 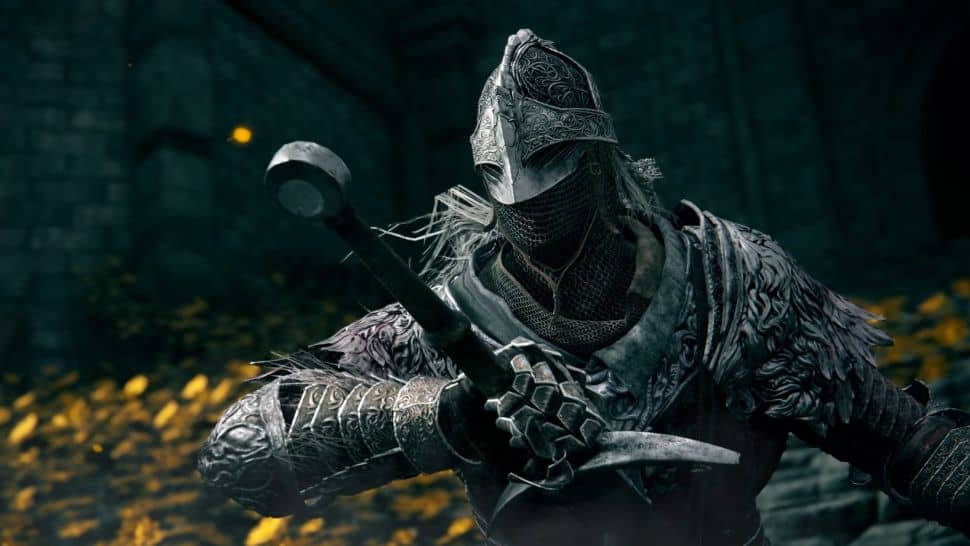 We’ve nearly unlocked a new year, and all the new games of 2022 that will come with it. The beginning of the year is already stacked with huge new PC games like Total War: Warhammer 3 and the long-awaited, long-memed Elden Ring. But big games aren’t the only reason to be thrilled as a PC gamer in 2022. Early in the year we’ll also welcome the launch of Valve’s handheld Steam Deck, our very own gaming console launch!

When you look at our list of the biggest games in 2022, you might feel a sense of déjà vu. It’s true: some of the biggest games launching this year are ones we were expecting to play last year. The downstream effects of the Covid-19 pandemic and major developers working from home for most of 2020 and 2021 mean that last year was absolutely stacked with delays on games big and small.

This coming year may shake out in a similar fashion, now that big game delays have become so much more commonplace. To help you keep track of what you’ll actually be playing this year, we’ll keep this list up to date when release dates move to later points in the year or, inevitably, into 2023.

Don’t despair, though. There are a lot of games launching in 2022. Not all of them have dates yet, so our TBA section is stuffed with fantastic games that haven’t quite nailed down a precise release date for this year. Keep checking back to make sure you don’t miss out on some of the smaller gems of the year in between all the big hitters.

Here’s your guide to all the new games of 2022 coming to PC.

God of War | January 14
Kratos and son are finally making their way to PC in a port of the much-loved action hack-and-slash. You’ll be able to take on the Norse realms in all the gorgeous 4K, with all the power inside your PC.

Dying Light 2 | February 4
The sequel to Techland’s zombies and parkour action game is finally arriving in 2022 after multiple delays. It’s bringing a bigger map, double the parkour, and the return of the dangerous nights that will have you stealthing along rooftops and through Infected nests.

Total War: Warhammer 3 | February 17
This is the final game in Creative Assembly’s trilogy, bringing the last of the tabletop wargame’s armies into digital form. At launch, four daemonic factions will be joined by the human nations of Kislev and Cathay, with the Ogre Kingdoms as DLC. In short: bears battling daemons.

Elden Ring | February 25
FromSoftware is returning to the Dark Souls formula we’re still craving more of, now in an open world with a lore written in part by George R.R. Martin. From what we played in the 2021 network test, it’s basically Dark Souls but bigger, which is exactly what a lot of us were asking for.

Final Fantasy Origin | March 18
This is the next Final Fantasy game we’re getting before FFXVI. It’s actually a pseudo-remake, “new story inspired by,” the original Final Fantasy game from 1987. This one follows Jack and the Warriors of Light, using a mashup of the Final Fantasy 7 remake’s team combat with Team Ninja’s action-oriented Nioh series fighting.

Saints Row | August 23
Volition is rebooting its wacky action series with four new young and witty protagonists. As the new Boss, you and four friends launch a criminal empire in the American southwest-inspired Santo Ileso. The new Saints Row is aiming to be of its own time, a contemporary story about feisty young folks that leaves the old Boss in the past.

Company of Heroes 3 | 2022
A turn-based campaign has joined the arsenal of Relic’s latest entry in the World War 2 RTS series, which is set in Italy and North Africa. Other new features like a tactical pause system for single-player and dynamic cover—where destruction just changes the type and location of cover—are both exciting and welcome.

Gotham Knights | 2022
Four members of the Bat Family are watching over Gotham in Batman’s absence in this diversion from the Arkhamverse timeline. In solo or two-player co-op, you’ll tackle the big bads of the Court of Owls as Batgirl, Robin, Nightwing, and Red Hood.

Kerbal Space Program 2 | 2022
The delightful misadventures of the Kerbonauts in building a space program will be continued in the second half of 2022. Now, you’ll be able to establish colonies, create interstellar travel, and continue to spectacularly explode innumerable spacecraft before the horrified and fascinated Kerbal people.

System Shock | 2022
Shodan is coming back in a neon-drenched remake of the classic fps. You’ll wake up from a coma onboard the orbital research station and have to take on the hordes of mutants and cyborgs that the killer station-AI has created. System Shock’s cyberpunk pedigree is unmatched, and we’re hoping this will nail it.

Warhammer 40,000: Darktide | 2022
Fatshark is branching out with a new ‘-tide’ game set in the grim darkness of the Warhammer 40k world. The co-op fps formula looks to be firing on all cylinders, and with meaty melee combat returning—chainswords in hand—with a new cast of four, this may be the pinnacle of games to get your group into in 2022.

Baldur’s Gate 3 | 2022?
Baldur’s Gate is back and it’s now in the hands of Divinity: Original Sin’s developers. Larian has already launched the first section of the game in early access while adding new features and classes prior to the official launch. Like D:OS, Baldur’s Gate 3 is often a wacky, anything-goes take on digital D&D.

Vampire: The Masquerade — Bloodlines 2 | 2022?
The sequel to this World Of Darkness setting RPG has been oft-delayed and handed off to a secret new developer. We don’t even know for sure if it’s launching in 2022, but we’re still hoping for some excellent vampire sandbox action set in Seattle.

January is kicking off the year with two excellent PC ports of console games. Monster Hunter Rise is following in the new tradition of Monster Hunter games on PC while Kratos breaks new ground by bringing God of War to PC for the first time. Not a bad start to 2022.

God of War | January 14
The latest Sony port of a popular PS4 game hits early in the year. Our big question: will throwing that axe feel as satisfying with keyboard/mouse?

After that good warmup in January, things are really scheduled to heat up in February. Elden Ring and Total War: Warhammer 3 are two big, highly anticipated games launching fresh on PC. They’re joined by Dying Light 2, which is finally arriving after multiple delays.

Dying Light 2 | February 4
It’s taken years, but Techland’s ambitious zombie parkour sequel is finally past its delays. Expect co-op as before, but reworked combat, abilities, and a story with many branching decisions.

Total War: Warhammer 3 | February 17
Creative Assembly closes out the 4X trilogy with four daemonic factions, plus Kislev and Cathay and the Ogre Kingdoms as DLC. Place your bets now for the bears vs. daemons cage matches.

Elden Ring | February 25
There’s a lot of Dark Souls DNA in Elden Ring, but its open world makes for a very different style of exploration. You can strike out in any direction to find weapons and abilities that support your play style without waiting hours for the right crafting materials.

Leading off as we start to move towards spring is the adorable looking fox-powered action-adventure Tunic, followed up by a re-imagining of SquareEnix’s original entry in the series in Final Fantasy Origins. On the last day of March we’ll also get to play with Lost Ark, with the fantasy MMO coming to the west for the first time.

Final Fantasy Origin | March 18
Square Enix and Team Ninja have teamed up to kill Chaos and listen to nu-metal.

Stalker 2 | April 28
More than a decade after it was first announced, Stalker 2 is arriving. The FPS survival game is going open world this time, with both zombies and humans to contend with around The Zone.

Saints Row | August 23
Saints Row is still wacky, but maybe with a bit of the edge toned down. This series reboot stars a new young crop of protagonists, while the action looks in line with the older games.