Kingston explains why DDR5 costs so much, and when it will be the dominant memory tech for PCs 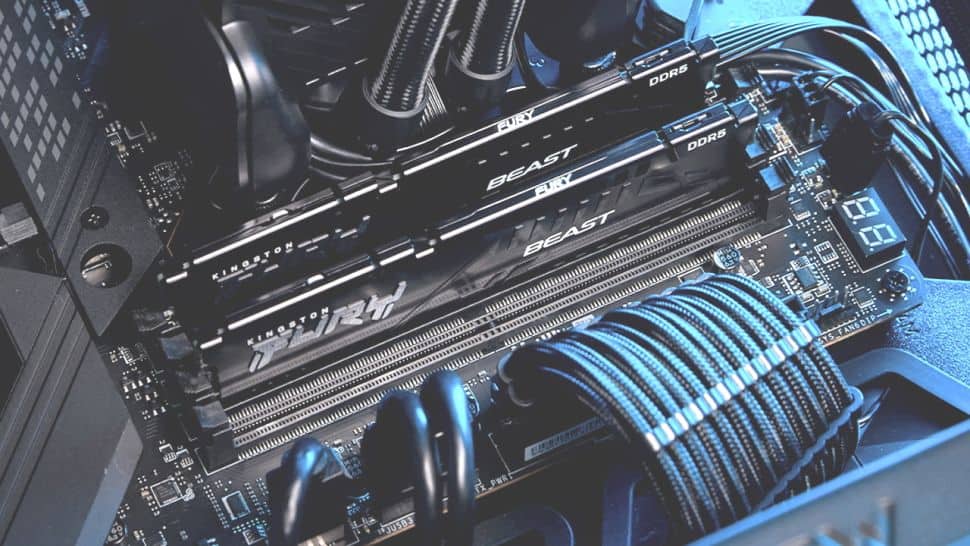 DDR5 is the latest memory standard to grace our gaming PCs, with Intel’s 12th Gen Alder Lake being the first consumer desktop processor to support the standard. AMD is expected to follow suit with its Zen 4 architecture sometime in 2022, and in the new year, we should see low-power LPDDR5 land on laptops too.

We first interviewed Kingston Technology’s Iwona Zalewska about DDR5 at the end of October, just as the new memory standard was about to launch. Since then the new memory standard has shown some strong performance with the first platform to support it, Intel’s Alder Lake. Although it has also become almost impossible to find in the wild.

But we still want to know if there are going to be benefits for PC gamers, why it costs so damned much, and when we can expect DDR5 to be the dominant memory tech in our rigs.

PC Gamer: Are there benefits in DDR5 for gamers?

Iwona Zalewska: DDR5 makes many improvements in performance and data integrity over DDR4. The increase of memory speed (bandwidth) can help to improve the user experience by increasing the number of FPS while playing certain games. The performance improvement will of course vary depending on the game played. Some games are more dependent on the CPU performance rather than the GPU and, in that case, a faster memory can be beneficial for a better user experience.

Are latencies set to improve?

DDR5 will launch with JEDEC standard speed, timings, and voltage of 4800MT/s CL40 (CAS Latency) 1.1v. Population rules for some systems may force the memory to down-clock if multiple DIMMs are installed per channel. Check with the motherboard or system manufacturer to confirm the memory speeds supported. The next standard speed class of DDR5 will launch sometime in late 2022 at 5200MT/s CL42. Kingston’s FURY memory overclock product line has launched with two speed classes at lower latencies to further improve performance. Additional speeds and lower latencies will be announced in the coming months.

DDR5 is supposedly lower power out of the box, but are we going to see that?

While DDR5 memory uses less power compared to DDR4 (1.1V vs 1.2V) at JEDEC standard speed, XMP Profiles (overclocking) will still require extra power to operate the memory module at higher speed. Power savings of DDR5 will best be seen in laptops and in data centers.

Are we going to see higher capacities?

Single or double-sided, is there a benefit?

Dual Rank (2R) memory modules have traditionally outperformed Single Rank (1R) modules, due to their ability to interleave the ranks. That said, there may be performance limitations by motherboards that toggle memory performance for 2R modules, and/or modules installed in two DIMMs per channel.

Will DDR5 attract a price premium over DDR4? And when might there be a tipping point?

As with every memory technology introduction, we can expect there will be a premium for the new memory. When DDR4 launched it was approximately 30–40% more expensive than DDR3. DDR5 is launching at a time when there is a global chip shortage that has affected all aspects of the semiconductor industry. The technology also requires more components per module, which increases costs. Therefore the difference in launch market price of DDR5 modules over DDR4 will, unfortunately, be higher than with memory launches of previous generations.

When do you expect DDR5 to be the prominent memory technology in gaming PCs?

Memory technology transitions are affected by a list of factors. First being the commitment of the chipset architects to adopt the new memory technology, requiring its use when paired with their processors.

Second is supply and demand, or how quickly the DRAM and related DDR5 semiconductor suppliers can support the market demand, and at a reasonable price. Historically transitions happen between 2-3 years after a new memory technology introduction, or when 30% of the market has adopted the new technology.

JEDEC has once again been cautious with specs, meaning gamers will have to use XMP profiles to get the most from the latest memory sticks. Is there a better solution for this?

JEDEC, made up of all the memory and memory-related suppliers, has arguably provided more than expected with DDR5. There’s a significant jump in bandwidth from where DDR4 left off at 3,200MT/s, combined with a doubling of banks (16 to 32) and burst length (8 to 16), a division of the addressable bits into two 32-bit subchannels, and inclusion of power management (PMIC), DDR5 radically improves on performance for multi-core computing for the next 5–10 years.

Overclocking remains a priority for Intel, who revised their XMP specification to 3.0, which includes more profiles and new features. Without a specification and an ecosystem of checks and balances, overclocking is like the wild west, where no laws apply. For safe, reliable, proven overclockability, profiles remain the best solution for most gamers. For those inclined to live on the wild side, XMP 3.0 now includes two programmable profiles for users to customize their settings and save them to the memory modules themselves.

Improved performance is usually the main reason why enthusiast PC users and gamers are willing to adopt the latest technology available. DDR5’s introduction with a desktop motherboard and processor family is definitely a statement from Intel that they’re targeting the enthusiast/gamer, where overclocking is a natural assumption. Kingston’s focus for our DDR5 launch is with our FURY Beast memory product line. Since DDR5 components are new, it will take time for the silicon to mature and see how far it can be pushed.

What difference does having on-die ECC support make?

On-die ECC and regular ECC supported modules are not the same. While DDR5 DRAM components will feature on-die ECC to correct bit errors within the chip, this technology cannot correct errors outside of the chip or that occur on the bus between the module and memory controller housed within the CPU. ECC enabled processors, like Intel Xeons, feature the ECC algorithm that can correct single or multi-bit errors on the fly. However, extra DRAM bits must be available to allow this correction to occur.

For DDR4, a memory module transmits data 64-bits at a time. ECC supported DDR4 modules feature an extra 8 bits per 64-bit rank, also referred to as 72-bit or x72. DDR5 splits the memory module into two 32-bit addressable subchannel regions to increase efficiency. To enable ECC, each 32-bit subchannel adds an extra 8-bit DRAM component to become 40-bit, for a total of 80-bits per rank instead of 72-bits.

Consumers with PCs and laptops will ultimately have better data integrity with on-die ECC as the potential for corruption increases with the lithography shrinks and capacity and speed increases. For workstation and server users, ECC class modules will always be a requirement (ECC Registered, ECC Unbuffered, ECC Load Reduced). The increase in the number of DRAM required to enable a DDR5 ECC class module will also increase the cost as compared to DDR4.

What is holding memory back the most right now?

Data has been doubling every two years and processor cores have increased per CPU. Effective memory bandwidth per core, however, has not scaled. DDR5 opens the floodgates to improve bandwidth per core by increasing the data rates, increasing banks to allow more data to be available on access, and dividing the module into two independent subchannels. These provide for greater efficiency in managing data on the module to deliver performance to the processor cores where and when they need it.Advertisement

If a reader’s buying a new PC today, how much memory should they have in their system?

The baseline for RAM in a computer is 4GB; just don’t expect to have several applications open at the same time without affecting performance. Most new PCs ship with 8GB minimum installed. A mid-range configuration may require double that and high-end gaming systems and workstations need as much as 32GB or more. When assessing your memory requirements, consider three things: the optimum memory configuration of your operating system, your usage patterns and your hardware. You should also check the requirements of individual programs to make sure you’ll be able to run the required software.