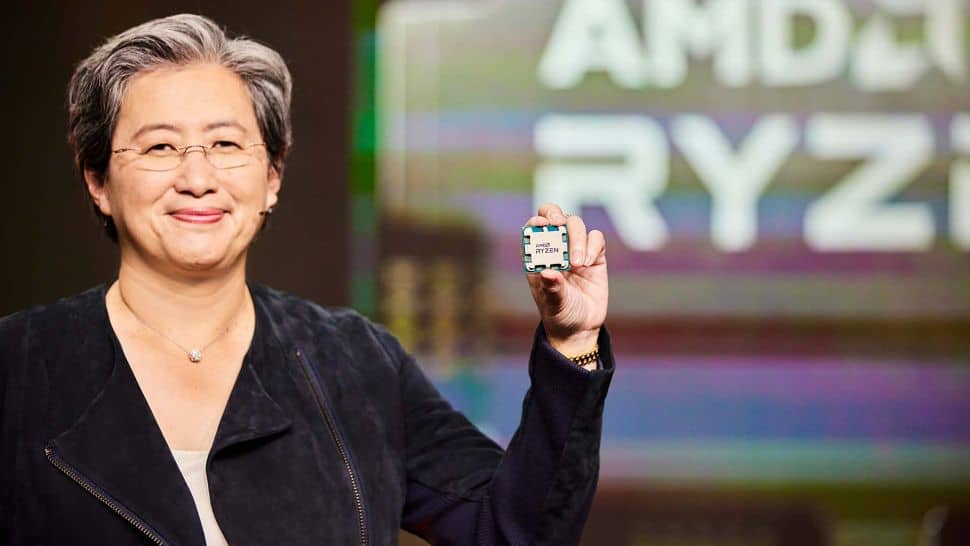 Here it is, folks. Our first glimpse at what AMD has planned for its next generation of Ryzen CPUs. This is a big generation, too, as not only is there a whole new architecture to get in our gaming PCs, Zen 4, but a whole new socket and chip design.

Yes, RIP AM4. It’s been grand but we’re off to pastures new.

AMD’s CEO Dr. Lisa Su showed off the Zen 4 CPU for the first time during the company’s CES 2022 live stream, and confirmed that the chip is running in AMD’s labs, too. That’s good news for a timely release date later in 2022, so here’s hoping that’s not scuppered by silicon shortages or anything else.

Before we go any further, this is the AMD Ryzen 7000-series of desktop processors, meaning we’re looking to jump from Ryzen 5000 to Ryzen 7000. That makes sense if you believe rumours of a Zen 3+ refresh were canned before launch sometime in early 2022, but it could also be that mobile chips are exclusively taking the AMD Ryzen 6000 name.

As for the technical details we know so far: Ryzen 7000 desktop processors will arrive on the 5nm process node, which is already a step on from current Ryzen 5000-series 7nm CPUs. Furthermore, Ryzen 7000 will be paired with the latest connectivity technologies, such as DDR5 and PCIe 5.0, and use a brand new LGA 1718 socket.

The AM5 socket will be LGA, which is a departure from AMD’s usual pinned CPU approach, or PGA. That should have the underside of AMD’s chips looking a lot more like Intel’s, though in regards to their top-sides, Ryzen 7000 and Alder Lake couldn’t look more different.

The Ryzen 7000-series really does look wild in how AMD’s designed the heat spreader. Hopefully that makes for excellent thermal performance, though I have a feeling there’s more to it than that.

Only time will tell, but for now we know that Dr. Lisa Su is definitely a fan. Su reports that “performance looks incredible”, though they would say that. We do get a clip from a pre-production CPU running Halo Infinite, though it’s tough to say much regarding performance from that alone. What we do learn, however, is that all the Zen 4 cores in AMD’s pre-production chip were running at over 5GHz during the demo, and that’s pretty darn exciting.

So there are still plenty of questions surrounding Zen 4, but at least we have something to keep us going while we wait for their launch. That will happen sometime in the second half of 2022, AMD says, so a little way to go yet.