What does Nvidia’s PhysX engine actually do? 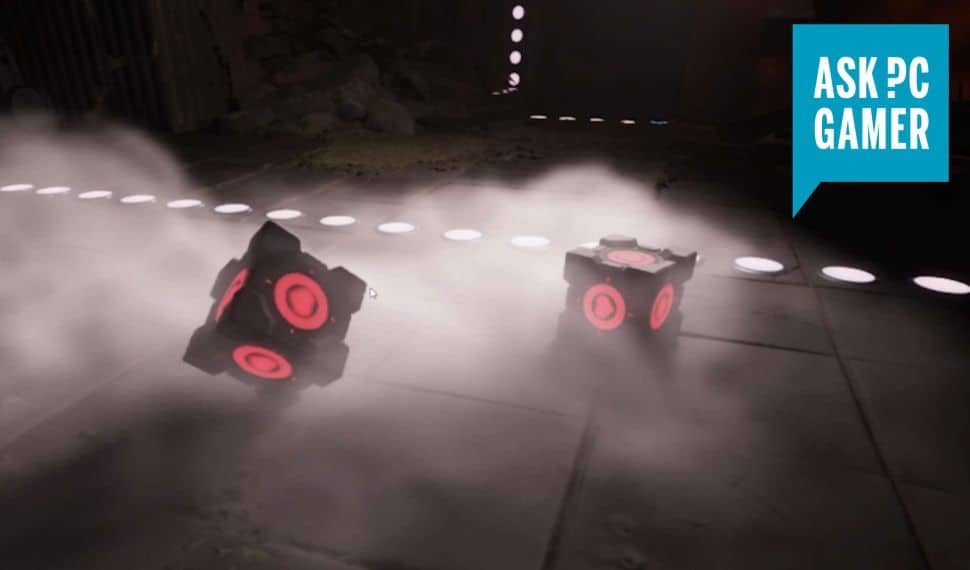 PhysX is essentially a physics engine. Simple, you can leave now. Although it’s more than just that. Still in development by Nvidia, the PhysX API gives game designers a cheaty, GPU accelerated way of simulating realistic, dynamic objects in 3D environments.

It’s one of the most popular ways to simulate physics without having to write millions of lines of code, and can encompass anything from exploding buildings, to Batman’s cape, or even Geralt’s long, flowing locks. It’s even possible to create combustible fluid, fire, and smoke using PhysX. And it’s a great feature to have in your games, but it’s important to note that PhysX comes at a price. Even in the virtual world, cool hair and slick threads don’t come cheap.

Right now, we’re up to PhysX 5, which has come a long way since the first iteration. Mirror’s Edge was one of the first showpiece games for PhysX cloth physics, but today’s engine has even more of a flashy, next-gen vibe than it did back in the early days.

While the API is technically available to all, only Nvidia hardware is optimized for use with PhysX; AMD fans wont be able to make the most of GPU accelerated PhysX, but a beefy CPU should be able to give you a good taste of its ability.

Since PhysX is a separate API, it requires explicit support from software developers written into the code. This extra effort means many programming teams that don’t bother to support it, hit and miss. The best implementations frequently rely on Nvidia’s assistance during development, as well. PhysX 4 SDK is currently available via open source, or under a BSD 3 license. That means devs can debug, customize, and extend the PhysX SDK.

Even with support present, a lack of optimization can produce FPS drops or uneven performance, as is to be expected from any intensive game engine antics. That said, when properly used, the difference PhysX provides is dramatic. Smoke is richer, thicker, and more volumetric. Fabrics ripple realistically in the wind, and glowing particles crackle from flames and gunfire.

It’s a visual upgrade you can appreciate without freeze-frames or Photoshop analysis. Demos on the site give an even better look, with optimized code that pushes the API’s advantages to the limit, a glimpse of what universal support might have looked like.

And now with Nvidia Omniverse making ripples in the world of physics simulation, PhysX 5 is only going to make games more believable as we move into… *gulp* the Metaverse.