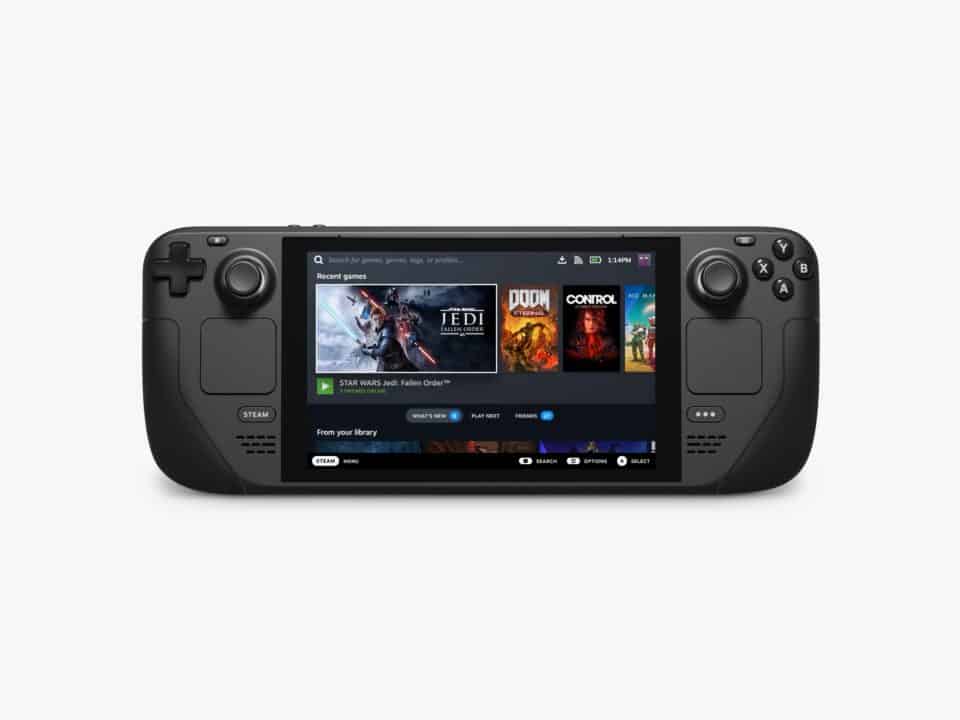 The Valve Steam Deck is almost here and we’re ready for truly next-gen handheld gaming. There are a few things to know about getting your hands on one of these units in Australia so we’ve collected everything we know about the device in one handy place. Let’s talk about Steam Deck.

When is the Valve Steam Deck release date?

The Steam Deck is scheduled for launch in February 2022. Customers in the US, UK, Canada, and the EU will start to receive their Steam Deck units on or after February 25th.

As for an Australian release, it’s still a waiting game. We don’t know when the console will arrive in Australia, but what we do know is that Valve has previously had a relationship with EB Games for its hardware releases, including the recent Valve Index VR unit and the Steam Controller (may it rest in peace). It would be a safe bet to expect it to show up at EB when stockists are announced.

Australia is not on the list of four territories that will receive the device in its initial rollout. Those territories are the US, Canada, the UK and the European Union.

How To Preorder Steam Deck in Australia?

You actually can’t. At least, not yet. Given their history, the expectation is that EB Games will be the preferred retail partner for Valve and the console in Australia. But not to fret! There are still ways and means of obtaining a Steam Deck unit from US suppliers. It just takes a bit of extra work right now.

Valve has not yet announced Australian pricing for the Steam Deck. We do have American pricing though, so we can at least draw a couple of conclusions. Here’s the US pricing with a direct Australian conversion:

Based on the US pricing, you could probably expect another hundred dollars on top of the Australian conversion.

Here’s what we do know about the retail launch: we know what the box will look like. Yep, Valve is playing this launch super close to the vest right now.

Here’s a quick teardown video of the Steam Deck

Take Valve’s advice here. If you do manage to get hold of a console, don’t perform your own teardown. Let Valve do it for you. This video will give you a quick, clear look at the parts that make up the unit and how it all fits together.

What are the Steam Deck specs?

What conclusions about the Steam Deck specs can we draw from this? Well, for a start, it’s fairly powerful for a handheld. Certainly beefy enough to handle most modern games on at least High settings, though if you’re shooting for 60fps, you’ll likely want to take everything down to Medium.

The console follows a familiar handheld design, with grips at the rear and face buttons on the left and right of the screen. The Steam Deck eschews the Nintendo Switch’s off-set stick configuration, placing both thumbsticks at the top of the device, close to the screen. The unit features a USB-C port for charging and connectivity, as well as Bluetooth for wireless pairing. It’ll even offer DisplayPort support if you’re using a Mac screen.

The operating system is a Linux-based suite built around the Steam store platform, though that won’t prevent you from using the device in a manner similar to a regular PC. The wide grips on the left and right of the screen provide greater comfort to players with larger hands.

In all likelihood, you’ll be able to play anything you like, provided it’s on Steam! Though there is a list of Steam Deck Verified games that have been optimised for play on the hardware, it should be beefy enough to run just about any title currently on the Steam storefront.

Our expectation is that the graphics on the Deck will be very pretty indeed. Targeting 30fps target allows the device to display higher fidelity visuals without compromising overall performance. 30fps might be hard to swallow for PC players used to 60fps as a default, but that’s still a mightily impressive result from games that weren’t designed to run on a handheld device.

It’s hard to argue with performance and versatility like that on a handheld device. Barring a few smaller competitors, Valve will very much have this segment of the market cornered.

There are a number of accessories! Valve is producing a Nintendo Switch-style dock for Steam Deck. This dock will allow users to connect to the device to external displays, wired networks, USB hubs and peripherals, and external power. Each unit will also ship with a carry case included in the box.

You can! Though the core of the system’s Linux-based operating system is indeed bound to the Steam platform, that does not mean that third-party apps and games can’t be installed. Because the Steam Deck functions in a manner similar to a PC, the door is wide open for a vast array of apps. Even competing platforms like the Epic Games Store and EA Origin could theoretically work fine on the Steam Deck.

One question we’ve seen crop up a lot is around software exclusivity. Could a platform like this have exclusive games? The answer isn’t a hard No, but it would be pretty unlikely. Bound as it is to the Steam storefront, it’s hard to imagine Valve opening the door to exclusives. The entire philosophy behind this machine is that it puts an entire gaming PC in your pocket. If it’s on Steam, it will work on your handheld. Exclusively flies somewhat in the face of that goal.

How does Steam Deck compare to the competition?

Based on its spec, our expectation is that gameplay on the platform will be quite smooth indeed. Valve says it expects to hit a baseline 30fps target, and specs coming from devkits in the wild seem to support that. Compared to other handheld systems, the Steam Deck is quite the powerhouse. The Nintendo Switch, for instance, can’t hold a candle to the Steam Deck on raw grunt. Competing devices like the AYA Neo and One X Player feature comparable spec and come from companies far smaller than Valve.