Is liquid-cooling your PC safe? 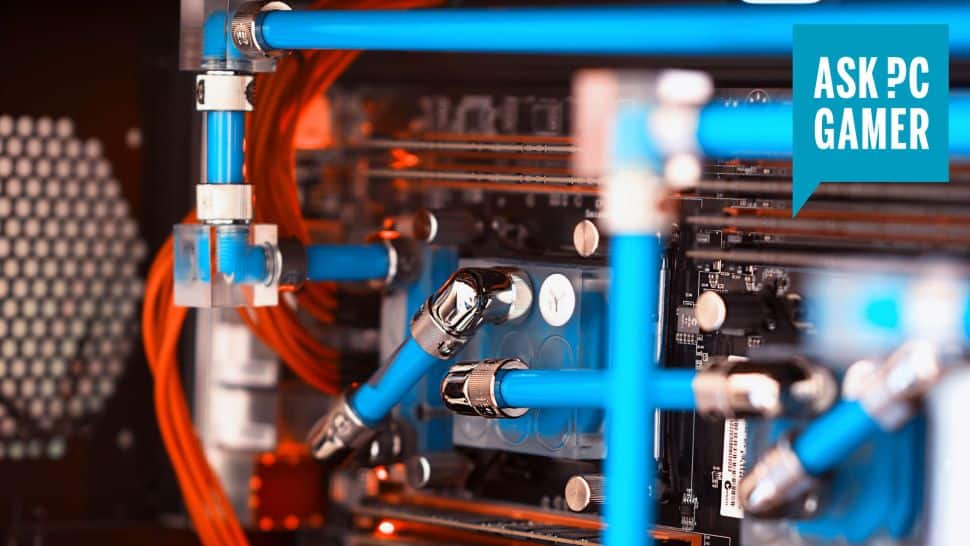 It’s a scary prospect, adding a custom liquid-cooling loop to your gaming PC. There’s always the looming fear that, if it leaks, it could cost your entire setup. It’s a valid concern. PC parts are not waterproof unlike some high-end handheld devices, and we’re taught from a young age that water and electricity don’t mix—presumably so we wouldn’t try and use the boombox for a mermaid dance party in the bath.

But if you get liquid-cooling right, the sense of accomplishment is, oh, so palpable. Plus, you get the added bonus of a cool PC. Not to mention improved performance, acoustics, and badass aesthetics.

There are risks of running liquid through a bunch of electronics, and leaking is one of them. However, it may not be as likely as you think.

In the four years since I first discovered the joys of custom water-cooling, I’ve had just one leak and it was entirely my own fault. A certain brand of radiator was known for cracked channels in the end plates. Instead of testing it prior to installing, I rushed through the final stages of my project and ended up with an orange pool in the bottom of my case. Had I done things the right way, this wouldn’t have been the case.

Taking your time to double check everything is the single most important rule of building a water-cooling loop. You need your fittings to be secure but not overtightened, and unused ports need to be secured with stop fittings, but don’t rush through the process.

Another tip to make water-cooling a PC safer: don’t mount your reservoir directly above your motherboard or power supply. Filling your reservoir only for it to immediately pour out through the drain port and ruin your expensive parts is a moment conceived of only in our worst nightmares.

To avoid these kinds of disasters, carefully plan your loop in a way that mitigates potential damage that a leak could cause.

Leak testing is also very important. Always ensure that when doing so, either bridge your power supply with only the pump connected, or use an external supply to power the pump while checking for leaks. Unless you like trawling the net for any sign of GPU stock, never power any components while checking for leaks. If water hits an unpowered component, there’s a chance you can dry it out and have it remain functional.

Many people recommend leak testing for a full 24 hours, but I’ve found that when things go wrong, it happens pretty soon after you switch on. At the very least, test for a couple of hours; you will need to do so anyway to allow any air bubbles to escape.

If you follow these very simple rules, water-cooling can be a fun and safe hobby. The performance benefits aren’t as great as they once were but they are still evident, and the knowledge gained from putting together your first liquid-cooling loop is invaluable.

Having now considered the dangers, if you’re still too concerned and decide that building a custom loop isn’t for you, don’t fret. There are other options. If you still want to have a liquid-cooled PC, you can opt for an all-in-one loop for your CPU, even  a water block for your GPU—though the latter is usually only worth it when integrated into a full loop.

Coolers such as the EK-AIO Basic 240 do a fantastic job at reducing temperatures, and come pre-filled and sealed from the factory, with warrantees to boot. Just check out our best AIO cooler for CPUs if you’ve decided a full custom liquid loop isn’t your style. Otherwise, we’ve even tested a bunch of the best CPU air coolers, if you’re not a fan (pun intended) of the water-cooled option.