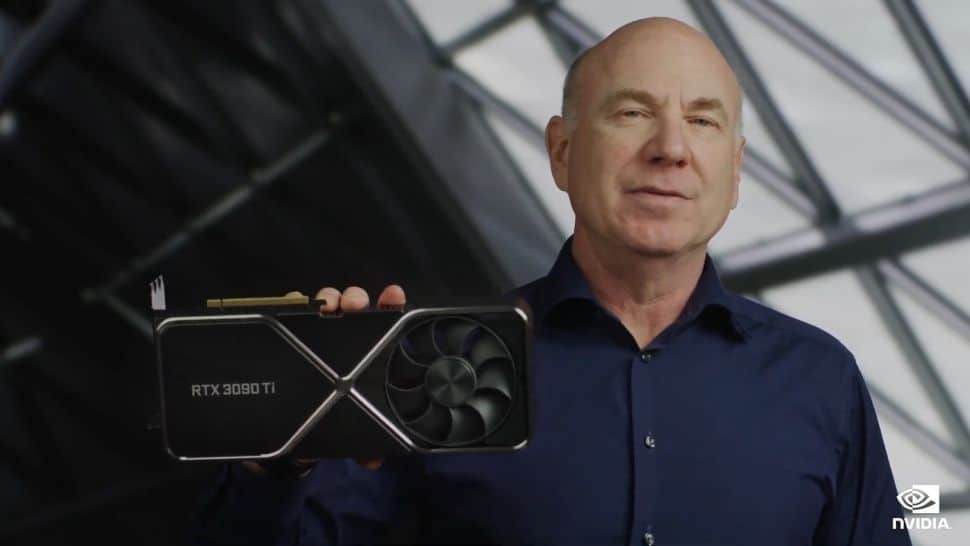 Nvidia’s RTX 3090 Ti was revealed at CES 2022 and confirmed to be incoming, but despite rumors of a launch at the end of January, the new flagship graphics card hasn’t turned up yet – and the GPU grapevine is now rife with speculation about why that might be, and a potentially ‘indefinite’ delay.

As we pointed out recently, Nvidia has been frustratingly silent on the issue of the launch timeframe of the RTX 3090 Ti, so we’ve no idea whether it’s coming soon, or not – leaving many gamers wondering, if it isn’t in the immediate pipeline, why was the card shown at CES?

The meat of this is that according to Wccftech’s sources, and those tapped by well-known leaker Moore’s Law is Dead, the problem is getting enough GA102 chips (the GPU the 3090 and 3090 Ti are built on) which are capable of reaching the necessary higher clock speeds than the vanilla RTX 3090 (and having that full CUDA core count of 10,752 for the Ti version, of course).

Hence some rejigging might be necessary, or that’s the theory – the power requirements may need to be pushed up even further than 450W, Moore’s Law is Dead guesses could be one approach.

Whatever the case, the gist is Nvidia needs to go back to the drawing board somewhat, a very odd situation given this is post-announcement of the GPU – but naturally, we have to be cautious around all of this because it’s only chatter and speculation from the rumor mill.

Team Green’s complete silence on the matter, however, makes it believable enough that some kind of stumbling block has been encountered.

Analysis: Suggestion is the 3090 Ti could be more for show than anything else

If the RTX 3090 Ti is going to be late – and Nvidia’s lack of any mention of the GPU since CES 2022, plus the fact that we’ve seen no leaked images or box shots and the like, seem to suggest it will now slide – then you have to wonder what’s the point of this card?

There’s no two ways about it, this is going to be a stupidly expensive Ampere excursion – the admission price in pre-order currently being around the $4,000 mark (about £3,000 / AU$5,600), but again, take that with a huge dollop of condiments – and given that next-gen (RTX 4000 presumably) graphics cards are expected later in 2022, if the 3090 Ti slides so it’s coming close to that launch timeframe, who really wants to fork out that amount of money on such an Ampere GPU? Particularly when the next-gen products are expected to be a massive leap in performance for Nvidia – just wait for the RTX 4090, right?

Moore’s Law is Dead reckons the RTX 3090 Ti has been ‘delayed indefinitely’, which isn’t to say that it won’t come out – but that it’s still some way off, and when it does, the suggestion is that any stock will be very limited. The theory being that this is just a ‘show card’ to grab some ‘world records’, and ensure that Nvidia doesn’t look like it is falling behind AMD when the latter’s rumored RX 6000 refresh (that we’ve been hearing a lot about lately) arrives around the middle of the year (maybe).

That does make some sense as a line of reasoning in terms of what we’ve just discussed regarding the proximity of RTX 4000 GPUs, but this is all, of course, guesswork. Let’s see what happens next, and hopefully all this speculation, if nothing else, will prompt Nvidia to clarify the situation and let us know what is actually happening with the 3090 Ti launch.