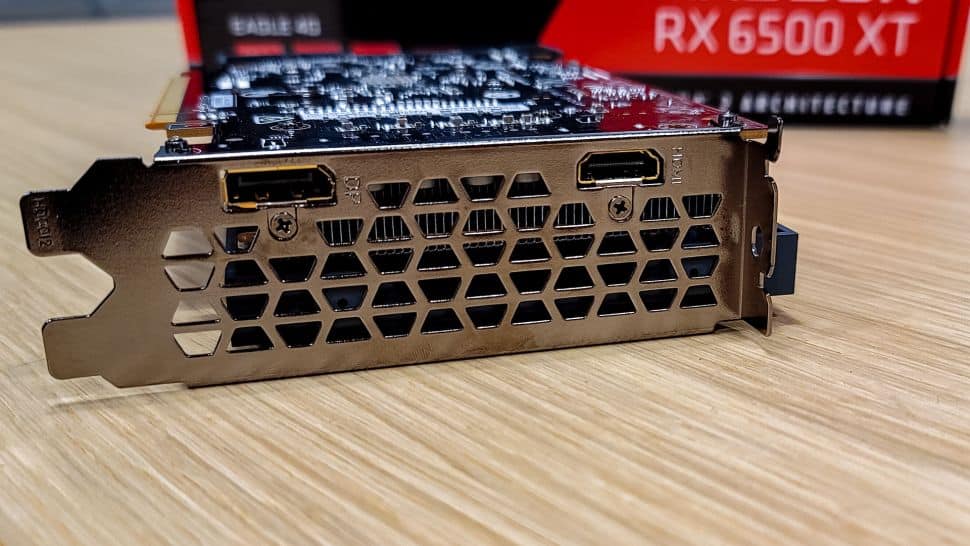 AMD’s next-gen graphics cards could have more than one chip on-board, at least for higher-end models, the rumor mill is suggesting.

We’ve heard that AMD might go this route with RDNA 3 cards before – rumors like this one based on a patent were circulating at the start of 2021, and were followed by further speculation – so this isn’t exactly a surprise.

What’s interesting about this tweet from Blue Nugroho – an Indonesian leaker, though not a source we’ve encountered before – is that it pulls details from the LinkedIn profile of an AMD employee who works as an Infinity Data Fabric Silicon Design engineer.

As you can see in the tweet, the profile shows the staff member has worked on previous AMD GPUs including Big Navi, and also lists Navi 31, 32 and 33 under their projects, meaning next-gen RDNA 3 cards.

The interesting bit – and note the details have now been yanked down from LinkedIn, but can be seen via Blue Nugroho’s screen grab – is that Navi 31 and 32, the top two GPUs for the next-gen, are listed as 5nm and 6nm (whereas Navi 33 is 6nm only).

This suggests that Navi 33 will be monolithic, meaning it’s built with one chip – a single GPU as normal – but the higher-end models will have multiple chips, or what’s called an MCM design (multi-chip module), using both 5nm and 6nm processes.

Analysis: Infinity Cache and beyond…

Specifically, previous rumors have theorized that RDNA 3 graphics cards will have two graphics chiplets, and the advantage is that using a pair of these means AMD can fit more cores into the card.

With just a single chip, there’s a limit to how many cores can be packed into the space available – and it gets very expensive to do so as well – and Team Red wants to shove a whole load of cores into its next-gen flagship, if the rumor mill is right. Indeed, we’re supposedly looking at 15,360 cores (maybe), and to give you some perspective, the RX 6900 XT offers 5,120 cores.

The disadvantage of a multi-chip approach is that you obviously have to ensure performance is maintained with a speedy enough method of linking up those separate chiplets, and that’s where pushing forward with Infinity Fabric (the specialist area of this AMD engineer, along with GPUs) comes in, or more specifically Infinity Cache.

As we’ve discussed before, really ramping up the amount of Infinity Cache could be a way to ensure that an MCM design works and performs well enough. All this is, of course, very much in the territory of guesswork, but this new nugget from the rumor mill is certainly the heaviest hint yet that AMD is actually going down the MCM path with next-gen graphics cards.

Those RDNA 3 models should arrive later in 2022, and AMD’s CEO recently confirmed that the next-gen cards are still on track. Given how pricey GPUs already are, the worry is that a big step forward in performance might lead to even more eye-watering price tags, which we could well do without. That said, even if MCM is coming, we don’t yet know how many cores Team Red will try to pack into this pair of chiplets for the flagship.