It’s official: Nvidia is now worth more than Meta 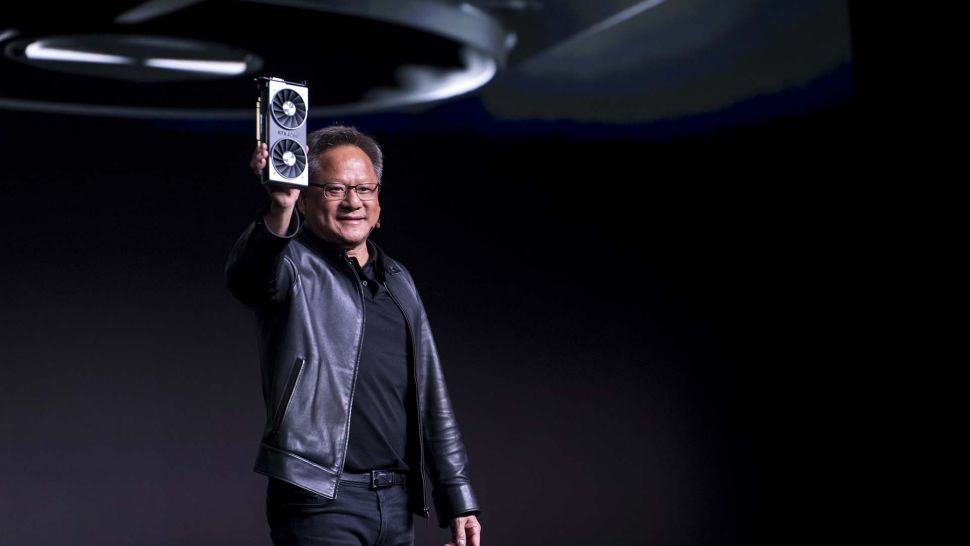 Nvidia is now a larger company than social media giant Meta. In a meteoric turn of events, Nvidia has surged to become the 7th largest company in the US, despite being nowhere close only a few years ago, and helped along by Meta’s recent share price collapse.

Meta’s fall from stock market grace this past week saw 30% of its share value wiped out, leaving it with a total value in shares, or market cap, of just $615.70B (at time of writing). That’s clearly still a lot of money, but it’s notably less money than it was worth at the beginning of last week—around $260B less.

Compare that to Nvidia’s market cap of $657.06B, and the green team is out on top. Perhaps not for long, but we’ll see. That’s still a little shy of Berkshire Hathaway in 6th place at over $720B, but it’s markedly higher up than Nvidia was only a few years ago, when its share value was a small fraction of what it is today.

Nvidia has recently made a bit of a come-back in terms of share price, following a stint down the mountain in January 2022. And that’s despite some bad news of its own this week.

Nvidia officially terminated its attempt to buy Arm, the UK-based chip designer, for $40B, and that did see some value wiped off its share price in the following days. Though clearly that dark cloud hasn’t stuck around Nvidia’s Santa Clara HQ, as it’s now back up to around $260. That’s over 40% up on its lowest point this year, and just under 22% down on its all-time high of $334.

So how has Nvidia done it? You’d think an ongoing silicon shortage, of which Nvidia is smack bang at the centre of, would have some negative impact on its share value. But that’s not really been the case.

In fact, Nvidia made a whole bunch of cash in its final quarter of 2021 (which it calls Q3 2022, because why the heck not). It’s not yet filed its full-year report, though that’s coming later this month, but the long and short of it is: Nvidia is raking in tons of cash.

People want GPUs, and Nvidia holds all the cards (or in this case, chips). There are worse positions to be in, though not for PC gamers who can’t buy a graphics card at anywhere close to reasonable prices today.

If all this highfalutin talk of billions of dollars makes you want to curl up into a ball, how about a brief history lesson to lighten the mood.

Nvidia was founded in 1993 by three engineers. There’s Jensen Huang, of course, leather-clad company CEO; Curtis Priem, who retired from Nvidia in 2003; and Chris Malachowsky, who still works at Nvidia as a senior technology executive.

I think Malachowsky may have it all figured out. Let Jensen make the stressful decisions, produce movies in your spare time (and win an Emmy), and tinker with GPUs all day.

I could certainly go for that. And of course a whole bunch of shares at the now 7th largest company in the US.