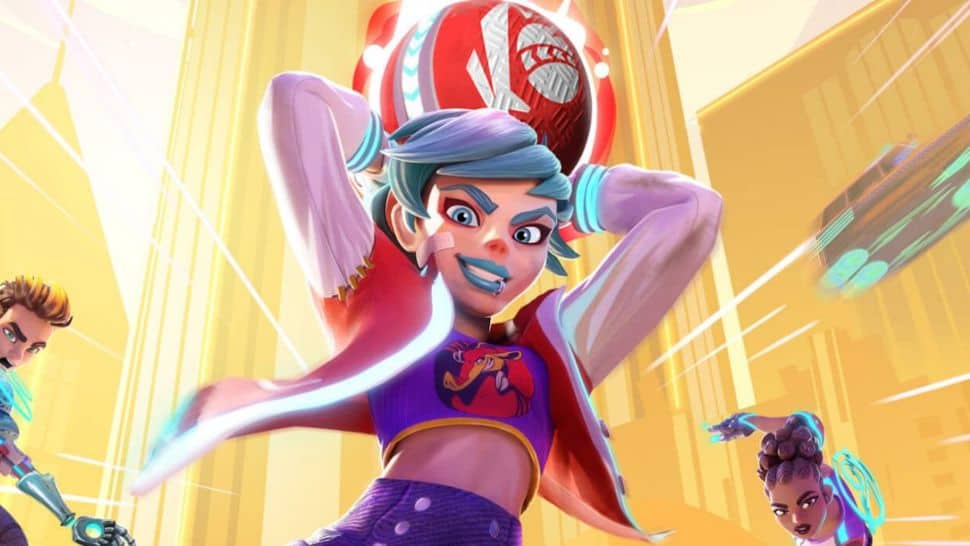 Velan Studio’s dodgebrawler Knockout City is an excellent and original multiplayer experience: PC Gamer’s own Morgan Park awarded it 90% and summed up its take on dodgeball as “simply excellent.” It looked like the game had got off to a great start too, with over 2 million players taking advantage of the trial period around launch to get in on the action. Nine months down the line, however, things aren’t looking so rosy.

A new post on the game’s official site has some big announcements about the game’s future. It starts with a rundown of the ongoing season 5’s offerings before the news that “Knockout City is going free-to-play, beginning this spring with Season 6! We’re really excited to bring our game to millions of new players around the world, by removing the price tag entirely.”

Knockout City always had a free trial element to it, whereby players could go up to rank 25 without buying the game, but this is new—and unfortunately does make one wonder whether charging for the game upfront was the right decision. The announcement just about acknowledges that those who’ve bought the game may feel a little nonplussed about this, and thus a “loyalty bundle” will arrive for them in season 6 with “exclusive legendary cosmetics, XP boosts, and 2,000 Holobux.”

The other big news is that the game is no longer going to be published by EA. Knockout City was one of the games signed to the EA Originals label, which per the publisher’s own spiel “exists to deliver unique and memorable gaming experiences to our players, from the best independent studios.”

Now Velan Studios will be self-publishing the game, with the changeover happening at an unspecified time later this year. “We couldn’t have introduced Knockout City to the world without the incredible support of EA Originals,” the developer writes, “but now as we switch to free-to-play, the natural next step is for us to take over publishing responsibilities and work even more closely with our community.”

That all makes things sound quite civil, positive even, but it does seem notable that a game which obviously needs some sort of a turnaround—you don’t change business model if things are going well—is going to lose access to the resource and visibility that a publisher like EA can give it. This figure obviously reflects only one store when the game is available on others and on consoles, but at the moment there are 111 people playing Knockout City on Steam: which is more than the 3 playing EA Originals’ other competitive multiplayer game, Rocket Arena, but not exactly a healthy number for a game that depends on other players.

Velan Studios says players are going to see less content than usual as season 5 draws to a close, because “we have a bunch of behind-the-scenes work to do to get ready for going free-to-play, and our team is all-hands-on-deck working on that.” For now, players will still need an EA Account to play.

It’s not nice to see a game as good as Knockout City struggling to find the playerbase it needs to be a going concern. This is a legitimately fun and unusual multiplayer experience, and you do feel there could be an audience out there for it: if Velan can somehow make this F2P relaunch stick. Sadly that’s the videogames industry—you can make a great game about dodgeball, but making it a hit isn’t child’s play.