$3M worth of AMD graphics cards seized by Chinese authorities 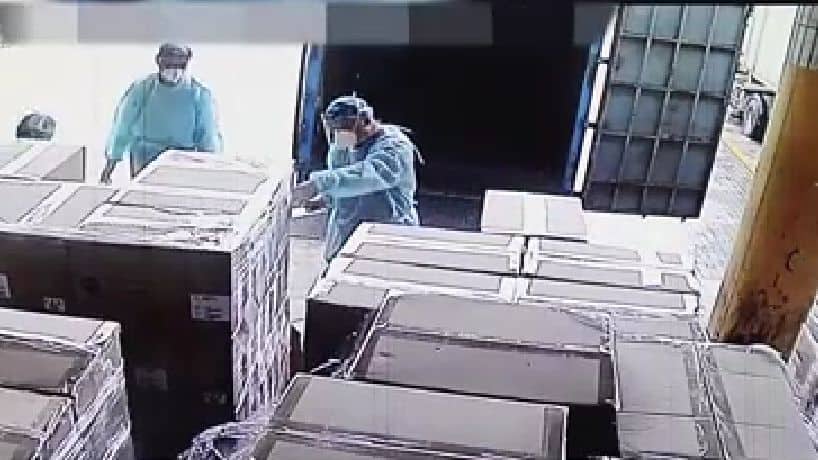 Chinese customs officials apprehended 5,840 graphics cards from entering one of the country’s ports under mismatched documents. The value of which could exceed three million USD.

“Recently, when Meilin Customs and Huanggang Customs conducted a joint inspection of a company’s goods declared for import from Huanggang Port, it was found that 3 of the graphics card labels were covered by other labels,” a statement from Chinese customs posted to social media website Weibo says [machine translated].

AMD launched the RX 6700 XT almost one year ago to the day. It has an MSRP set at $479 USD, though it can often go for more in high-end third-party model garb, such as this XFX one, or due to lack of supply. At MSRP, 5,840 RX 6700 XT’s would only net you a cheeky $2,797,360, but the higher number tallied by Chinese authorities may be down to these cards’ higher value and inflated market prices.

Graphics cards are a precious commodity nowadays, and that could be why someone wanted to get these past customs without paying due import tax.

The importer of the graphics cards into China has not been officially confirmed, however. It is reported that XFX China—a division of California-based XFX which in turn is owned by Hong Kong-based PINE Technology Holdings Limited—is responsible for the import. Though there’s no confirmation of this from the post by Chinese customs.

It is reported that the websites of XFX China and its store on another retail website were both non-functional in the days proceeding the seizure, possibly indicting the company in the seizure. Though both websites now appear to be operational, and we cannot independently verify if they were in any way connected.

What we do know is that a whole lot of graphics cards are now in the care of Chinese customs. A lot of seized hardware is later auctioned off, rather than destroyed like more illegal substances. Though in this case it’s possible the original owners of the hardware could pay off the remaining import tax and claim the goods. I imagine such a haul will be a costly mistake for someone, however, with some further fines slapped on top of all that.

It’s no doubt a risky business trying to get one past customs, and doing so and getting caught can come with hefty fines, loss of product, and even prison time. That said, technology is often seen as something worth smuggling. Just a few days following the seizure of the XFX graphics cards, authorities caught a man attempting to smuggle nearly 160 CPUs and 16 mobile phones taped to his body.

The CPUs appear to all be 12th Gen Intel Alder Lake CPUs, with the Core i5 12600KF confirmed among them. I wish I could say this is the first time someone’s strapped CPUs to their body in the hopes of getting them past a country’s customs, but just last July we reported multiple stories of smugglers attempting to get CPUs, RAM sticks, and mobile phones into China illegally.

And those are just the failed attempts we hear about.