Shenzhen is China’s equivalent of Silicon Valley, housing company headquarters such as those of Tencent and Huawei. However, it’s now being placed into lockdown until March 20 due to an outbreak in Covid-19 cases in neighbouring Hong Kong, and a broad swathe of manufacturers in the area are being forced to close their doors during that time.

China has a strict zero-Covid strategy for combating the outbreak of Covid-19 and has been known to place entire regions and cities into lockdown at a moment’s notice in response to the ongoing pandemic. The strategy—which is notably different to that adopted by most in Europe and North America—has led to significantly lower reported cases and death rates than other countries, though has caused mass disruption to people and businesses in the country.

Some of which has led to disruption for the global supply chain, including those deficits of key PC components, namely graphics cards, that we so acutely feel in PC gaming.

Digitimes reports that some of the companies affected by the shutdowns in Shenzhen includes InnoLux and GIS, two monitor manufacturers; Foxconn; King Core, an inductor manufacturer; Topoint, who manufacturers PCB drills; Yen Sun Technology, a cooling fan manufacturer; and Avary, the world’s top supplier of PCBs.

Though thankfully many of these manufacturers do not cite any imminent issues with supply due to the week-long shutdown. For example, AU Optronics, a major panel manufacturer often found in gaming monitors, has already actioned a working from home initiative in the region, though so far that’s not had any impact on its operations, DigiTimes reports.

It also states that since a great deal of component and laptop assembly, and component manufacturing, is located elsewhere in the country, the shutdown shouldn’t have a great impact on these businesses. Rather, those with the potential to be most affected by this should also be the companies with the most excess inventory and ought to be able to ride out the lockdown without stalling supply.

That might change if the initial week-long lockdown gets extended, however.

There’s also the concern that a lockdown will cause significant disruption to Shenzhen’s busy port, one of the largest in the world. This could have a knock-on effect on the supply chain as it’s trying to recover from two bad years. If you’re not caught up on the situation, we spoke to a supply chain expert last year to help explain why and what this means for PC gaming.

Though just next door in Hong Kong there’s a greater concern: the human cost of the recent Covid-19 outbreak.

Hong Kong, which neighbours Shenzhen, has seen an unprecedented spike in Covid-19 cases per million people in these past few weeks. Information from Our World In Data shows Hong Kong’s new case rate far exceeding any other previous spike anywhere in the world over the previous two years. Unfortunately, deaths among the city-region’s population have also spiked as a result.

Measures put in place to halt the spread of Covid-19 in Hong Kong have been rolled out but there are concerns that it cannot go into snap lockdown and offer mass testing as rapidly as areas in mainland China, such as Shenzhen.

Everyone in Shenzhen will undergo three rounds of testing in response to any potential outbreak, and all businesses will be required to shut or operate from home unless absolutely essential, such as those for fuel and food. 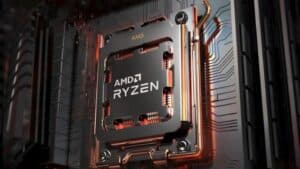