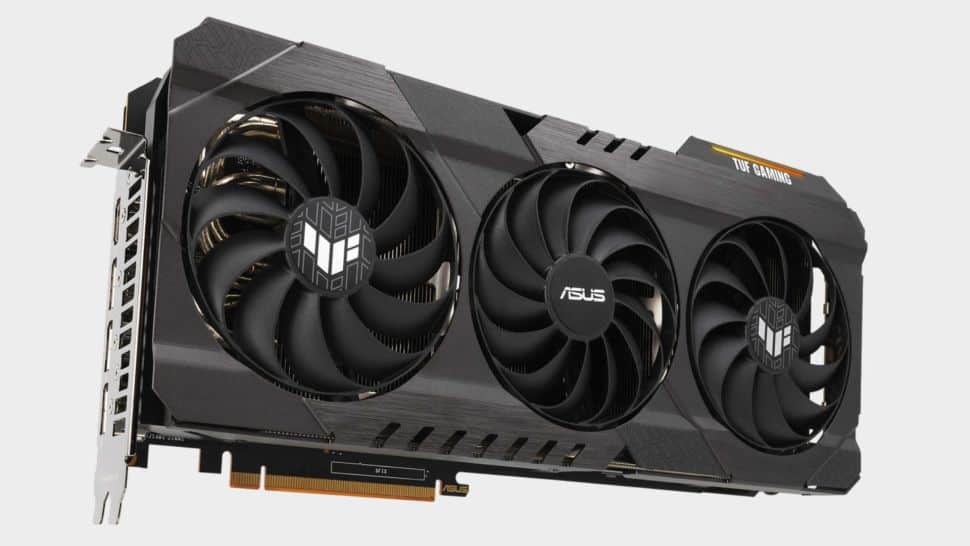 Graphics card prices continue to fall, and it looks like the declines are accelerating. If the trend continues, GPUs will soon be available at their RRPs (recommended retail prices) and we’ll be able to declare the end of the GPU crisis. We’re not quite there yet, but there are promising signs. If pricing in the Australian market is any indicator, those signs are looking better than ever.

In the Australian market, Asus has come out swinging with some very aggressive price drops on plenty of its RTX 30-series cards—over 25% in some cases. Let’s take the RTX 3080 10GB as an example. So aggressive are Asus’ price drops, that premium cards like the RTX 3080 TUF and Strix are now the cheapest of all RTX 3080s, undercutting budget brands such as the Galax. It’s not just one retailer either. Popular Aussie PC parts sellers such as Scorptec, PLE, and PC Case Gear are all listing the new prices and at the time of writing, there were stocks of most cards.

Asus RTX 3070 Ti and 3060 Ti models have also seen price drops, although AMD cards seem immune to these reductions, at least today. Now that Asus’ premium cards are among the most affordable RTX cards, it’s only a matter of time until other vendors follow suit. Vendors are going to find it very hard to shift cards if they’re selling at 20% or more than a premium card like an Asus Strix.

In the wider global GPU market, prices are on the decline, but not to the level of the Asus Australia drops. According to 3DCenter’s latest analysis of the German market, Nvidia GPUs are currently priced at 41% above RRP, while AMD cards are 35% above RRP. The latest numbers are from March 5th and considering the pace of these price drops are surely already out of date.

Our sister site, Tom’s Hardware Guide, has posted an analysis based on eBay price data. It’s always interesting to look at the secondary market which includes wannabe reseller prices. According to Tom’s, overall GPU pricing is down a whopping 9% in the first half of March alone. It’s about time gamers had some good news after a bleak couple of years.

These aren’t simply traffic-grabbing flash sales either: Worldwide stocks are improving and many cards that were consistently out of stock a few months ago are now in plentiful supply. Hopefully, that means no more over-inflated reseller pricing and it leaves us optimistic that the downward price trajectory will continue.

There is a combination of factors causing the price drops. Production is gradually ramping up, GPU mining demand is falling, and gamers are likely holding off from buying in the hope of scoring a bargain at some point in the future. There are headwinds though, including newly implemented Chinese Covid shutdowns which effectively halted production in factory cities like Shenzhen, the war in Ukraine, and oil prices leading to increased shipping costs, so we’re not out of the woods yet.

The impact of Ethereum mining cannot be overstated. As the price of Eth falls, it becomes more difficult for miners to recover their GPU investments, leading to fewer purchases. There’s also the slowly approaching shift to proof of stake and away from proof of work GPU mining in general. Mining difficulty and returns for a given hash rate are falling and there may even be ASICs coming online. All of this points towards GPU mining becoming irrelevant much as it did with Bitcoin. At least until another profitable coin comes along.

Take a look at a list of our favorite graphics cards. Maybe that upgrade you’ve been putting off is beginning to look a lot more attractive.