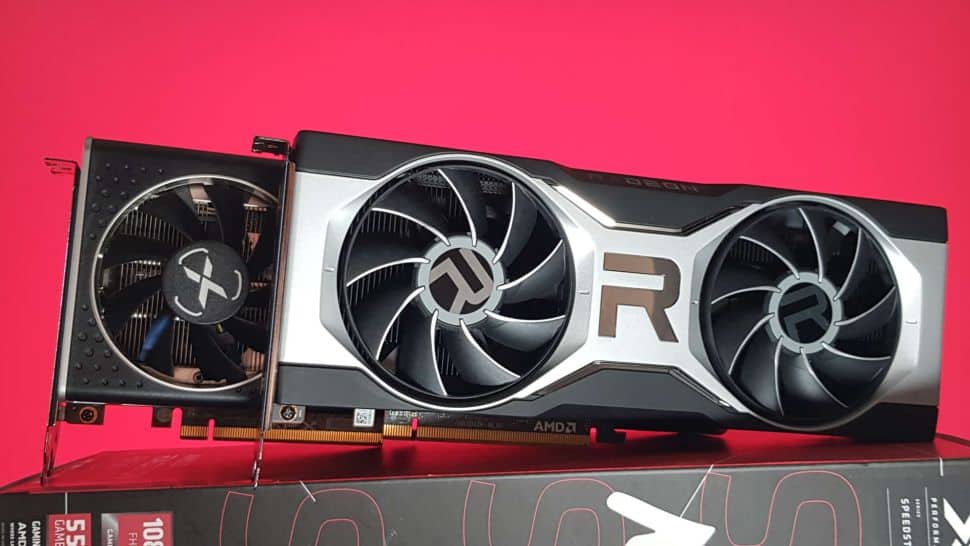 AMD has released a brand new suite of driver features for its AMD Radeon Software—or rather the AMD Software, as it’s now called. AMD has decided that the application and driver package is for more than merely its graphics products, so it’s ditch the Radeon bit for now. Though it is still called the Adrenalin Edition, which feels moot considering it’s been the Adrenalin Edition since 2017.

But there’s something more interesting to talk about with this new driver package: AMD has fully integrated Radeon Super Resolution (RSR) into its drivers. This is a new upscaling technology that AMD’s rolling out to offer broad support to many games, intended to complement the more focused, game-specific FidelityFX Super Resolution (FSR) technology already available.

Essentially, RSR attempts to improve how your game looks with the information given to it. The key to its performance, like any other upscaling technology, is actually lowering your game’s resolution to increase frame rates, and then making that lower resolution image look better than it usually would.

As a result it’s a careful balancing act to maintain performance and quality.

With RSR, it’s pretty much up to you to decide if you favour performance over quality, or the other way around, however. You simply turn the feature on in the latest Radeon drivers (under Settings, then Graphics), set your resolution in-game below your native monitor resolution, and then let RSR do the work.

You can check RSR is functioning with the little green tick below the setting in the AMD Software application. Sometimes a little pop-up appears in-game to say it’s on when you change the resolution, too. It’s only there for a brief moment, though.

AMD touts support for “thousands of games” with RSR, as it’s not a game-specific algorithm. That’s pretty handy if, like me, your favourite game of the moment doesn’t support any upscaling technologies.

Though there is a catch: RSR is only supported on RX 5000-series or newer graphics cards.

I’ve tested the feature in Hunt: Showdown, to get a feel for what sort of quality we’re looking at here, and I have to say it’s pretty good if you don’t go too extreme on the performance aspect of it.

It looks best in motion, but I snapped a couple of screenshots at different resolutions with and without RSR enabled to give some idea of what you can expect. There’s definitely a fair bit of sharpening going on to give the impression of clean lines and get rid of some of that awful blurriness you will find when moving around at a much lower resolution than native. Again, though, really have to move about to experience it for yourself.

Performance-wise, as you can imagine, the drop to 1440p massively improves frame rates over native 4K, by around 48%. At 1800p, you’re looking at an improvement of around 31%.

AMD has fired over some testing it’s carried out with an RX 6800 XT, and similarly you should expect anything from 15–30% fps improvement going from 4K to 1800p.

But of course, there’s more to it than just setting the lowest resolution you can. I wouldn’t drop my settings down quite as low as 1440p day-to-day. For Hunt: Showdown, at least—and this will vary game-to-game—I’m going to see how it goes at 3200 x 1800. That feels like the best balance between quality and performance.

AMD still recommends using FSR where available in compatible games for the best experience, and that’s true even if you’re running an Nvidia graphics card. RSR is a driver-based solution making it AMD only, but FSR runs in the game and can be enabled on most modern GPUs, regardless of vendor. If you’re on an Nvidia card and there’s no FSR or Deep Learning Super Sampling (Nvidia’s proprietary upscaler) available, you could always enable its RSR-like feature, Nvidia Image Scaling (NIS), or its RTX-only option, Deep Learning Dynamic Super Resolution (DLDSR), in the GeForce drivers.

And yeah, there are a lot of initialisms being thrown about nowadays.

The good thing with RSR is that you can just leave it enabled and only put it to use when you want that extra bump in performance. To do that, you just lower your resolution and essentially negate some of the downsides of doing so. I like the idea of that sort of simple solution.

If you are rocking an AMD card, you can just as easily test out RSR for yourself from today by downloading the latest AMD Software drivers. You want version 22.3.1. That includes support for RSR but also a heap of other improvements that AMD has been working on.

There’s new AMD Link functionality, which now supports Intel and Nvidia so you can play with more of your mates, and there’s a new and improved notification and user interface. It’s not a drastic visual update, but there are some new menus and buttons dotted about here or there.