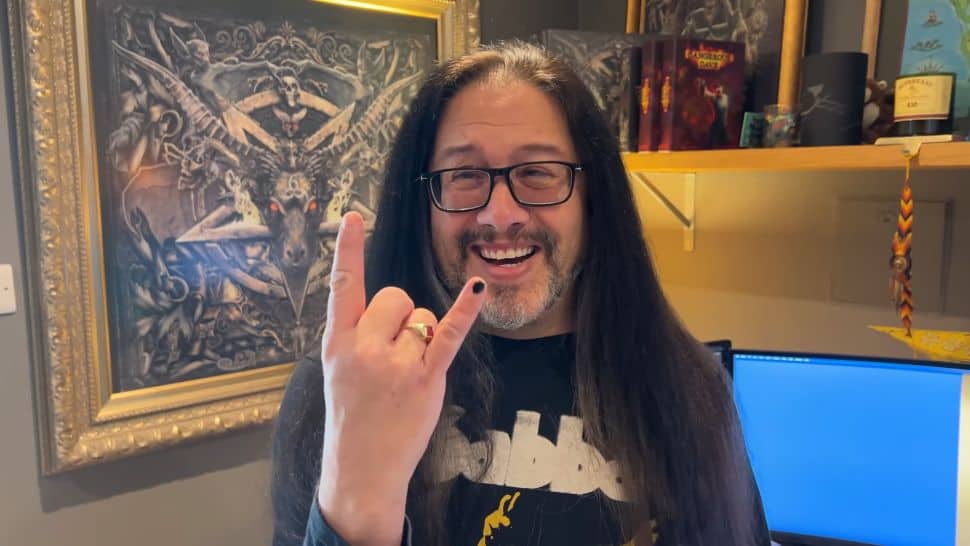 They say hindsight is 20/20, but I’d like to think if I were a successful videogame executive in the early ’90s, I would have been pretty jazzed to see an early build of id Software’s Wolfenstein 3D. According to John Romero, the revolutionary first-person shooter didn’t set off any sparks for Sierra On-line co-founder Ken Williams in a meeting that nearly ended with Sierra buying id.

Romero recounted the meeting in a GDC 2022 talk held today (as told by IGN). Id had scored a meeting with Sierra after sending Ken and Roberta Williams one of id’s Commander Keen games. The pair was so keen on Keen that Romero, along with id co-founder John Carmack, met with Ken Williams at Sierra’s fancy northern California offices to discuss a potential acquisition.

During the meeting, Romero showed an early build of Wolfenstein 3D, the game that would go one to essentially create the FPS genre, to Williams. Romero was pretty disappointed by Williams’ response.

“After about 30 seconds of watching, he wanted to show me the new game they were working on, Red Baron Online,” Romero said. “I was dumbfounded. Like, here’s the future, the start of a new genre: the first-person shooter. And Ken could not pay it any notice.”

Romero was further discouraged by Sierra’s interest in id when talk of price began. As told in the 2003 book Masters of Doom, Williams offered to buy the company for $2.5 million in stock. Romero and Carmack worried that id’s company culture would clash with Sierra, but they were prepared to accept the deal with one condition: an extra $100,000 in upfront cash.

While Williams was impressed with how id was making $50,000 per month from its shareware business, he ultimately said no, which signaled to Romero that Sierra wasn’t serious about id and its potential. The deal fell through, and id went on to release Wolfenstein 3D with Apogee Software as its publisher.

In a Wired interview published in 2021, Ken Williams reflected on his decision not to partner with id Software in its infancy. “I wanted a balance to our revenues as one-third games, one-third education, and one-third productivity,” he said. Williams added that, at that time, Sierra could have acquired “virtually any company” and games were just a part of its business.  “I was trying to make Sierra number one in consumer software, not just in games.”

Sierra would later be acquired by services conglomerate CUC International and eventually close its doors in 2008. In 2021, Microsoft bought Bethesda, which includes id Software, for $7.5 billion.

30 years later, it looks like the Sierra co-founders have found their way back to games. After growing bored during the pandemic, the pair decided to jump back into development, now heading up a small team to make Colossal Cave 3D for PC and VR.

Update: PC Gamer’s Wes Fenlon tracked down Ken and Roberta Williams at GDC to ask what they thought about that acquisition-that-never-was, looking back with the benefit of hindsight.

“That I should have paid it?” said Ken. “Well, no. See, there was four guys in a van. I mean they just didn’t seem stable and predictable.”

“Because I was gonna write this cheque to take them,” Ken went on, “but they weren’t very official at that point. If you’re gonna acquire a company you want to know the guys go to work every day and they have an office. I mean now you look back on it, it was kind of one of the dumber moves.”

Ken also mentioned that at that time he was prejudiced against violent, gory games and didn’t like the thought of Sierra publishing them. “I didn’t like the idea of kids running through a building with a gun,” he said, “shooting at other humanoid figures and blood spurting.”

“Then we did Phantasmagoria,” Robert said, referencing her 1995 point-and-click horror game, which set off its own controversy at the time.

For more on this, and what Ken and Roberta Williams have been doing for the last few years, check back soon for the full interview.